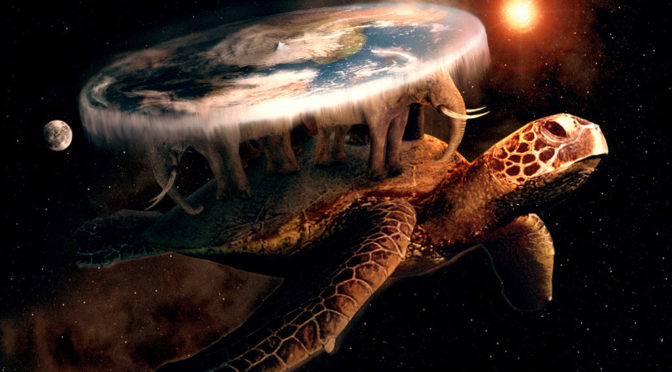 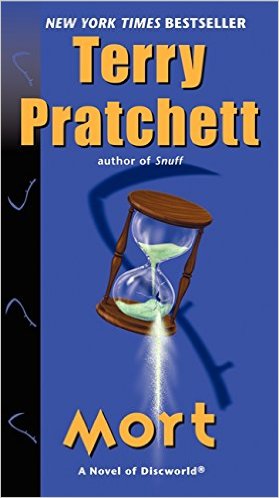 This week for Bookish Wednesday I’m covering the fourth book in the Discworld series! It’s Mort by Terry Pratchett!

Plot Synopsis: As a teenager, Mort has a personality and temperament that makes him unsuited to the family farming business. Mort’s father Lezek takes him to a local hiring fair in the hope that Mort will land an apprenticeship; not only would this provide a job for his son, but it would also make his son’s propensity for thinking into someone else’s problem. At the job fair, Mort at first has no luck attracting the interest of an employer, but just before the stroke of midnight, a man wearing a black cloak arrives on a white horse, saying that he is looking for a young man to assist him in his work and selects Mort for the job. The man turns out to be Death.

Plot: The plot is hilarious and awesome, I was constantly laughing, which is a nice break from some of the drama filled stuff I’ve been consuming recently. This is definitely one of the best books I’ve ever read, up there with some things from Brandon Sanderson like Warbreaker.

Characters: Mort is a gangly teen, and while he’s a bit awkward he’s a pretty solid main character, but the real star of the show is Death. Because he’s easily the most hilarious depiction of said concept/myth ever. Ysabelle is an awesome female lead, and the rest of the cast is just as great. We even get to see a brief cameo from everyone’s failure of a Wizard.

Overall: Definitely one of the better books in the series, and the first in the Death sub-plot, it’s definitely a must read.

One thought on “Bookish Wednesday: Mort by Terry Pratchett”