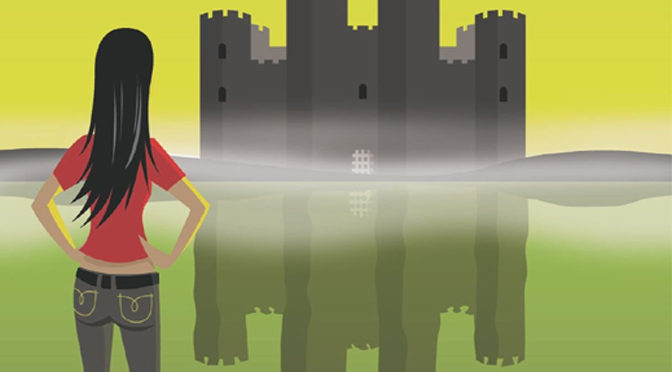 What a Ghoul Wants

Hey I’m back with another audiobook this week! It’s What a Ghoul Wants, Book 07 of the Ghost Hunter Mystery series by Victoria Laurie!

Plot Synopsis: Kidwella Castle in northern Wales is rumored to be haunted by a deadly ghost – the Grim Widow, who allegedly drowns unsuspecting guests in the castle’s moat. 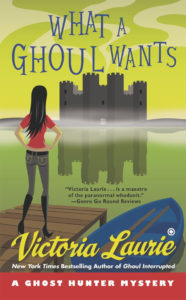 Plot: I was extremely worried after the first minute of the book, because it features a scene that represents the worst of the series. Gil whining, which just ticks everyone off, in the book and out of it. Thankfully it’s completely skippable, as once the cast get to their lodging for this book, we start getting into the best of the series, which happens to be the ghosts and mysteries.

I’m not one for telling people to skip portions of a book, but the first 15 minutes are probably worth skipping. So I’ll be sticking to this series for a while longer, but if a scene like that lasts more than 15 minutes in the future I’ll probably drop it like a brick. Now as for the rest of the book it was exciting and contains what make the series fun in the first place.

Start ghost hunting with a copy from Amazon

Characters: No one new worth really mentioning in the book, as they all seem to be one shot characters that won’t ever come back. However we do get to reunite with the crew of the TV show after last book’s break from them, which is great. Gopher is still a bit annoying, but honestly I’m growing to hate Gil more. Heath is still my favorite character followed by Sam, and M.J. takes a distant third.

Overall: If you can stand, or just skip, the first 15 minutes of the book it’s a great listen.