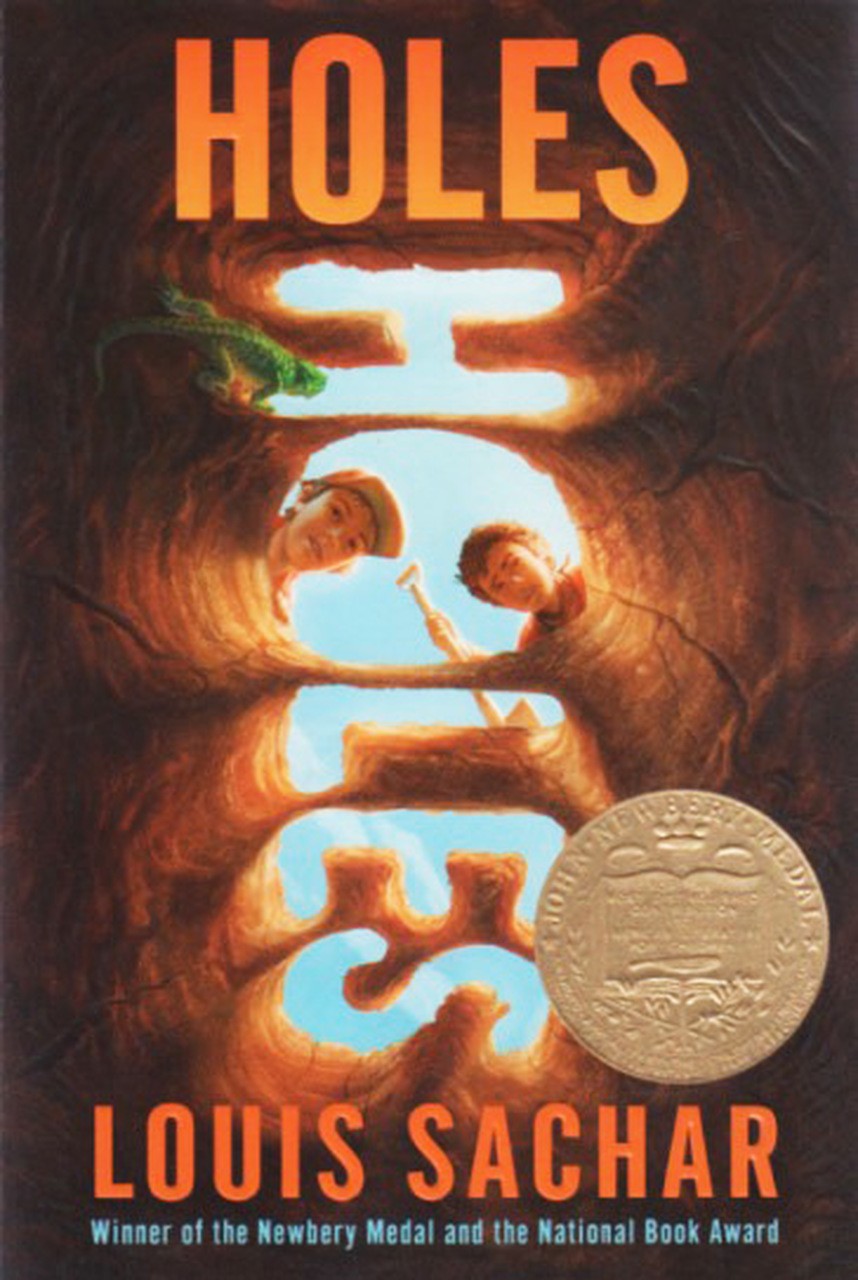 I’m back for this week’s Bookish Wednesday with another classic novel I read when I was a kid. It’s Holes by Louis Sachar!

Plot: The plot is a mix of interconnected stories with characters from the 18th century to the present day. It’s all pretty interesting, although a younger kid, who isn’t like me, would most likely be confused by the constant timeline changes that take place over the course of the book. Still it was a good story and I enjoyed it as a kid despite not meeting the “advised” age. Of course considering I’d read books like War and Peace, The Stand and Stranger in a Strange Land by the time I was 12 that isn’t too surprising.

Characters: The entire cast is pretty good, although my favorite character was Stanley the protagonist. Still every character is unique and has their own “charm” so I don’t dislike them all that much, though when I was younger I definitely had some characters I wouldn’t mind tossing into a few holes myself.

Overall: A solid book, and definitely worth a read if you never read it before, this is a book for almost anyone of any age, except maybe kids younger than 8, unless they are oddballs like myself.

For those who like: Triparite Storylines, Great Plot, Good Cast of Characters.