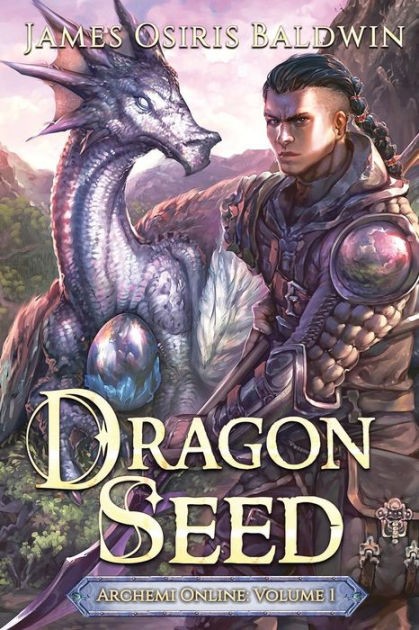 This week for Bookish Wednesday I’m back with another LitRPG. It’s Dragon Seed, Archemi Online Book 01, by James Osiris Baldwin!

Plot: The plot is really dark, and frankly way too grim for my tastes. It’s not a bad plot, but it’s just really dark for the sake of being dark. A phrase I’m saying a lot lately it seems like, but that just be my imagination.

Characters: Hector is our main character and he’s a bit of a dumbass. The fact that his Dyslexia transfers to the new world he’s found himself in is kind of silly but also makes sense. That being said the fact that he’s not the sharpest tool in the shed is a real let down. The rest of the cast is just as dark as the rest of the story, and frankly I didn’t like pretty much everyone except for one person whom I will not name.

Overall: This is an okay LitRPG, but definitely not for those who dislike the darker fantasies.

For those who like: LitRPGs, Fantasy, Drama, Action, Adventure.