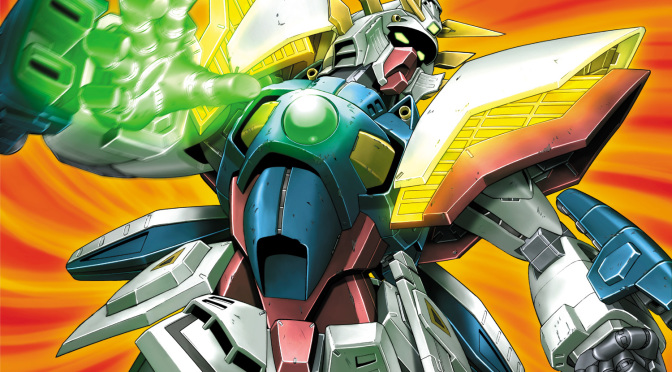 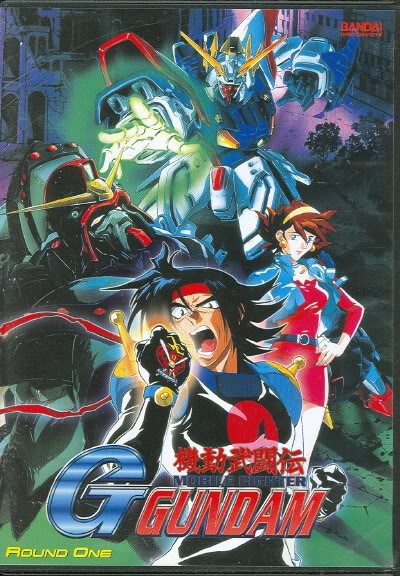 This week for Anime Sunday I’m covering a series that Sunrise probably wish they never made, because it was just too filled with ham. It’s Mobile Fighter G Gundam!

Plot Synopsis: Unlike previous series in the Gundam franchise which are set in the “Universal Century” timeline, Mobile Fighter G Gundam takes place in an alternate “Future Century” universe. Within this timeline, much of mankind has abandoned a ruined Earth to live in space colonies. The countries on Earth have corresponding colonies just outside the planet’s atmosphere. Rather than fight wars for political and social dominance, the colonies agree to hold a “Gundam Fight” tournament every four years. Each country sends to Earth a representative piloting a highly-advanced, humanoid mobile fighter called a Gundam. The Gundams compete with one another in one-on-one battles, under a strict set of rules, until only one fighter remains; the nation represented by the winner earns the right to rule all of space for that period. Each Gundam is controlled directly by the user within the cockpit using the “Mobile Trace System”, a gesture recognition and feedback mechanism whereby the Gundam mimics the pilot’s own body motion, combat skills, and weapon-wielding capabilities. G Gundam opens at the start of the 13th Gundam Fight in Future Century year 60 and follows Neo Japan’s Domon Kasshu, fighter of his nation’s Shining Gundam and bearer of the coveted “King of Hearts” martial arts crest. Aside from winning the tournament, Domon’s mission is to track down his fugitive, older brother Kyoji, who allegedly stole the experimental Dark Gundam from Neo Japan’s government, leaving their mother dead and their father (Dr. Raizo Kasshu) to be arrested and placed in a cryogenic state

Plot: This series shouldn’t have taken itself so seriously, but half the fun in watching this series (especially in English because it’s even more hilariously bad) is watching the Gundam series turned into a terribly bad and funny at the same time, but typical, shonen battle series complete with all the standard Tropes. Don’t even bother watching this for the plot, just watch it for the ham filled characters that this series has bursting from the seams.

Characters: Of all the characters, Master Asia is probably the most bad ass, I mean he takes out Giant Freaking Robots with a piece of cloth in his introduction scene. Did I mention the ham filled characters in this cast already?

Art: The art is actually pretty hilarious as well, Neo Netherlands machine is a giant freaking Windmill turned into a Gundam for instance, and thats just one of about 60 different machines you’ll see over the course of the series.

Music: As you might have guessed the Music for this series is just as ham filled as the rest of the show. The Opening in particular is just terribly bad and filled with so much Engrish that it’s bound to make you laugh yourself silly.

Overall: If you need a good laugh and want to watch something so bad it’s good, you need to watch this series. Bonus points for doing it with the English Dub.

For those who like: Gundam, Ham Filled Music, Cast, Art, Plot.

Not for those who don’t like: Any of the above, but like I said above it’s so bad it’s good.