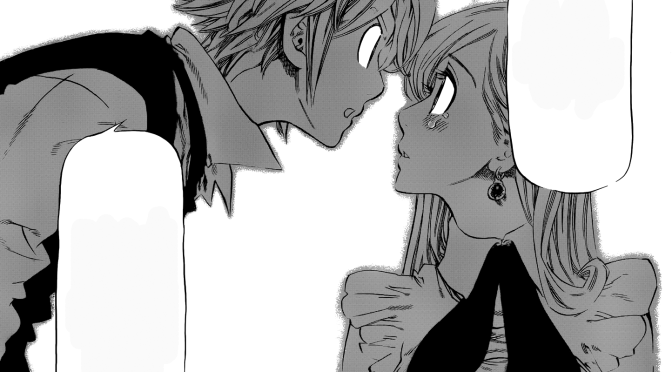 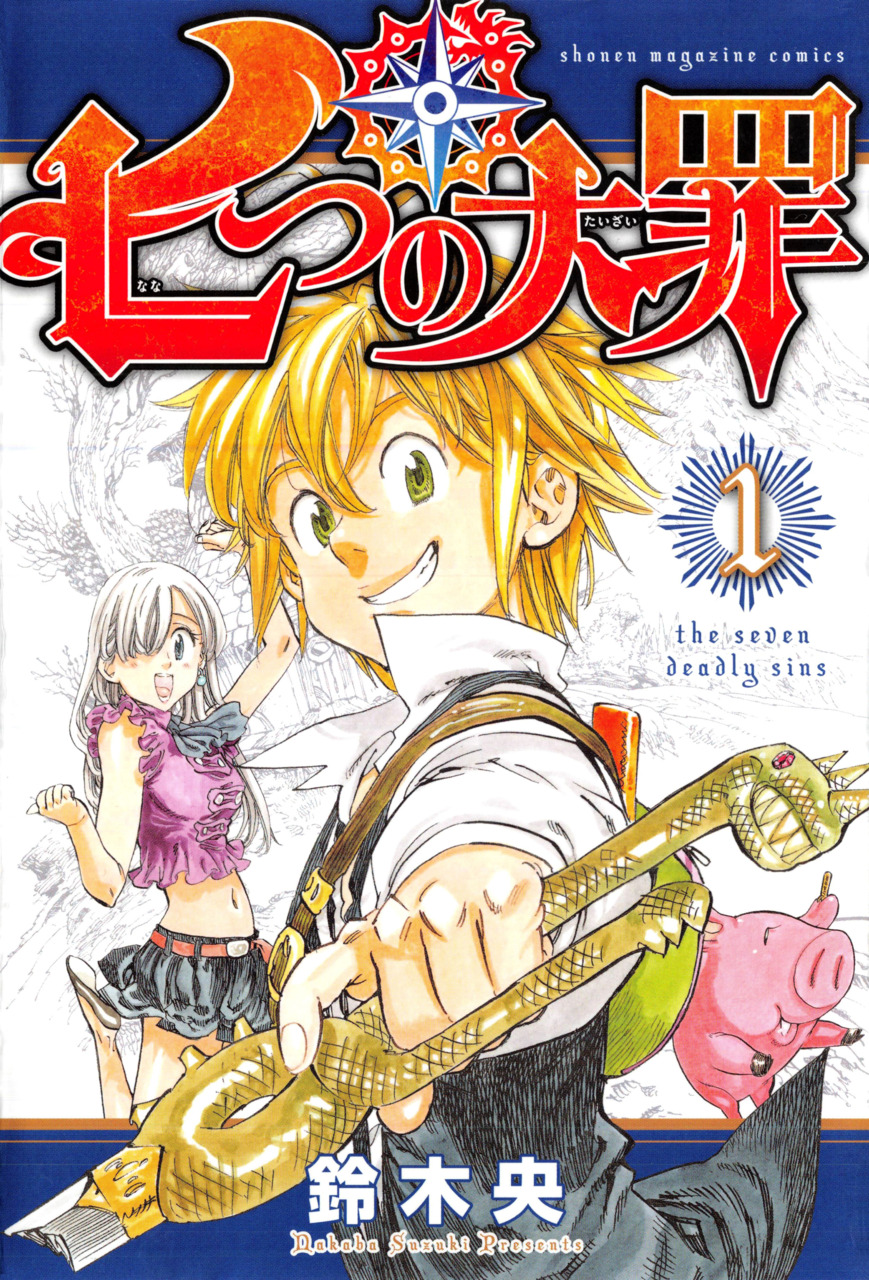 This week for Manga Monday I’m covering a series that I really enjoy, although I’ve had to restart reading the series since I dropped it a year or two ago. It’s Nanatsu no Taizai, or The Seven Deadly Sins in English, by Nakaba Suzuki!

Plot Synopsis: The Seven Deadly Sins were once an active group of knights in the region of Britannia (ブリタニア Buritania), who disbanded after they supposedly plotted to overthrow the Liones Kingdom (リオネス王国 Rionesu Ōkoku). Their supposed defeat came at the hands of the Holy Knights, but rumors continued to persist that they were still alive. Ten years later, the Holy Knights staged a coup d’état and captured the king, becoming the new, tyrannical rulers of the kingdom. The third princess, Elizabeth, then starts out on a journey to find the Seven Deadly Sins and enlist their help in taking back the kingdom.

Plot: The plot is fairly standard Shonen material, and while that may sound boring it’s actually fairly interesting. It’s a fairly standard reversal on the Knight in Shining armor trope, where they are the evil guys, and the outlaws are the good guys. It’s nothing new, but it doesn’t mean it’s not well done.

Characters: Meliodias is a pervert and he often takes advantage of Elizabeth’s ignorance to mock her, or just get a good grope in. Thankfully that part of the series is toned down after the first few chapters, as more of the cast is unveiled. Personally I like Ban the most out of the cast of characters I know of, like I said I’ve had to restart the series so I’m not up to the currently released chapter. The cast of characters is all very interesting, and it’s interesting to see what nonsense Meliodias is going to pull off, quite similarly to Luffy from One Piece to be honest although Luffy isn’t nearly as perverted.

Art: The art in this series is pretty amazing, it’s definitely not No Game No Life quality but it’s just as good as One Piece.

Overall: If you want a good adventure series and need a good laugh, read this series.

For those who like: Adventures, Reversal tropes, Hilarious cast of characters, A serious plot.