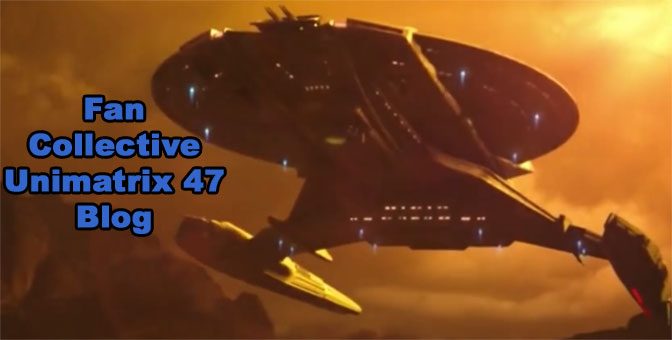 A brief announcement: Star Trek: Prodigy returns on the 25th, so I’ll shift to covering that in the coming weeks. We’ve got about one more week then of the Orville until the next hiatus.

There was a great deal I disliked about the Orville’s first season, even given that freshman seasons tend to be rocky unless you’re Strange New Worlds. While not my least favorite episode, “About a Girl” remained a disappointment until season three’s episode “A Tale of Two Topas.” In the first season episode, it is revealed that Moclan society governs that the sex of a Moclan female be forcibly changed to male shortly after birth, meaning that Topa’s gender was reassigned, which served as a deep disappointment for me. However, “A Tale of Two Topas” goes back and tells a much better story about Topa taking back her independence and bodily agency. The show made a move I honestly did not expect but one which was, without a doubt, entirely overdue.

Topa decides that he wishes to joint Union Point, and to that end, he begins training in the Environmental Simulator. Commander Kelly Grayson lets herself into the Simulator and watches just as Topa fails what is basically the Orville version of the Kobayashi Maru. She asks him if he’d like some guidance, and he readily agrees. The two set up a shadowing schedule, beginning the following morning.

They begin in Engineering, where Kelly has to navigate a cultural conflict between a crew member’s faith that requires nudity on the first day of the month and the general Union requirement that crew members wear uniforms while on duty. They negotiate, and ultimately, Ensign Bolobar agrees to wear pants if Kelly can agree that he doesn’t have to wear a shirt. Kelly goes back to Topa and explains that navigating such conflicts generally falls to a First Officer. Topa asks why she went into the fleet, and Kelly explains that she likes helping others. Topa explains that he wants to join the fleet in order to find himself as he’s always felt that something was missing. He explains that he’s never felt happiness.

Upset, Kelly discusses Topa’s possible dysphoria with Dr. Claire Finn and Captain Ed Mercer. Kelly ultimately decides to speak to Bortus about it, which leads to her inadvertently crashing supper with Bortus and Klyden. She brings up the issue, and while Bortus seems open to having the conversation with Topa about his assignment surgery, Klyden lashes out angrily, driving Kelly out of their quarters. The two argue viciously about the issue.

The next day, Topa goes to the Astrophysics lab to ask Isaac what it felt like when he was dead. Isaac has no answer for him, but Isaac does go to Kelly to tell her about Topa’s line of questioning. Kelly finds Topa in the mess hall, and Topa informs her that his parents have forbidden him from speaking to her. Kelly accepts this but does tell Topa that he should possibly look at files on Kimbok, which is the Moclan version of a rum cake. Curious, Topa discovers a locked file, titled Kimbok33, and since the rest of the files are recipes, having a password protected version seems odd. Just as Topa begins to look at it, he gets a message containing the password, which he uses to open the file. That’s when he discovers the truth about his assignment.

Topa confronts his parents about being born female, and while Klyden tries to explain that they had the surgery performed to correct his abnormal birth, Topa explains that nothing they did changed who he was inside and storms off. Klyden confronts Kelly in her office about telling Topa about the file, and he lunges at her. Kelly slams him up against the wall and reminds him that he is never to do that again before throwing him out of her office. At the end of the day, Kelly retires to her quarters, and Bortus comes in to admit that he’d given Topa the password.

Later, Topa comes to Kelly to explain that he wants to meet a Moclan female because he does not know what to do. Kelly takes him to the Simulator and plays a recording (from Season One) of Heveena  testifying that Topa should not be altered. Topa reaches a decision, determining that she is female. Topa then decides she wants to pursue surgery to correct the alteration, which requires that Ed and Kelly consult the admiralty. The admiralty confers for nine hours and ultimately determines that they can’t risk losing the Moclans’ support in the war against the Kaylon, so they deny the request. Moreover, they forbid any Union officer from performing the procedure.

Claire stands ready to give up her career over it, but Isaac steps in and reminds everyone that he can perform the surgery as he isn’t technically a Union officer. The Orville then hosts a concert by Bortus which every single crew member attends in order to provide Isaac an opportunity to perform the procedure, which he does. Klyden, infuriated, leaves the ship for Moclus after telling Topa he wishes she’d never been born.

Isaac confesses to Claire that he performed the surgery to improve his standing with the crew, but she calls him honest and invites him to dinner.

Kelly invites Topa to the Bridge, where Mercer offers her the Captain’s chair. He asks her to give the order to depart, which she does, with a smile on her face.

Of all the things I expected out of The Orville: New Horizons, I can safely say that a compassionate look at gender identity, bodily agency, and trans identity was never on that list. MacFarlane has a history of treating transness and trans people negatively, and while I certainly recognize that one can learn from one’s mistakes, even as late as July of 2022, MacFarlane continues to defend the decisions made with respect to the characters in “Quagmire’s Dad,” the infamous 2010 episode that inspired MacFarlane’s reputation as transphobic. Thus, going into “A Tale of Two Topas,” I was skeptical, to say the least.

While I think the decision to jump to Topa’s identity as female happens far too quickly, everyone on the crew, including Bortus, offers Topa an incredible amount of support in her journey. It’s frankly refreshing given the outcome in season one that forms the basis of this story. Moreover, the episode empowers Topa to make her own decision with respect to her gender and whether she wants to pursue corrective surgery. She’s offered the acceptance of the entire crew, which has been her community from the day she hatched, and that’s heartwarming.

I’d even argue that while Klyden’s actions seem cruel, they are perfectly in line with his beliefs. I don’t believe the episode wants us to hate Klyden, despite his cruel words to Topa. There’s nuance to his story that bears some consideration. Klyden himself experienced reassignment at birth, and he experiences crippling shame because of that. As a result, he cleaves entirely too much to Moclan values. From his perspective, if Klyden were fully to break with Moclan tradition, he’d have to explore his own feelings about his gender. Moreover, his personal suffering might be rendered meaningless, and these are huge, worldview-upending questions. Klyden’s fear, which he expresses as rage, is understandable. I’d like to believe that he also worries for Topa’s position in Moclan society, but we don’t exactly know that to be the case. Ultimately, Klyden’s rejection of Topa gets cast as tragic and wrong, revealing a command of nuance by the writer’s room that we only glimpsed in season one.

My only real critique of the episode is that it’s very much a Kelly episode. She’s our point-of-view character, and while that gives Adrianne Palicki the opportunity to flex her acting chops, the episode would have been better served to center Topa and her perspective over that of a cisgender character. As a result, the episode tap-dances around the line of demonstrating true allyship versus portraying allyship for the purpose of demonstrating allyship. Given the penumbral issues surrounding this episode, the episode could read as being an apology, despite MacFarlane’s reassurance that it was not.

That said, the episode grants a transwoman, coded as being of color, a moment in the captain’s chair, and that’s fantastic to see.