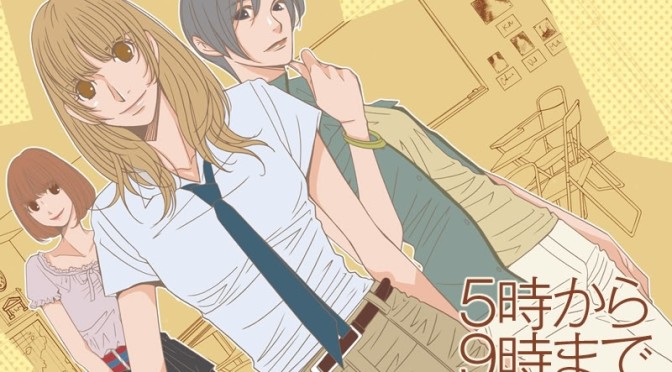 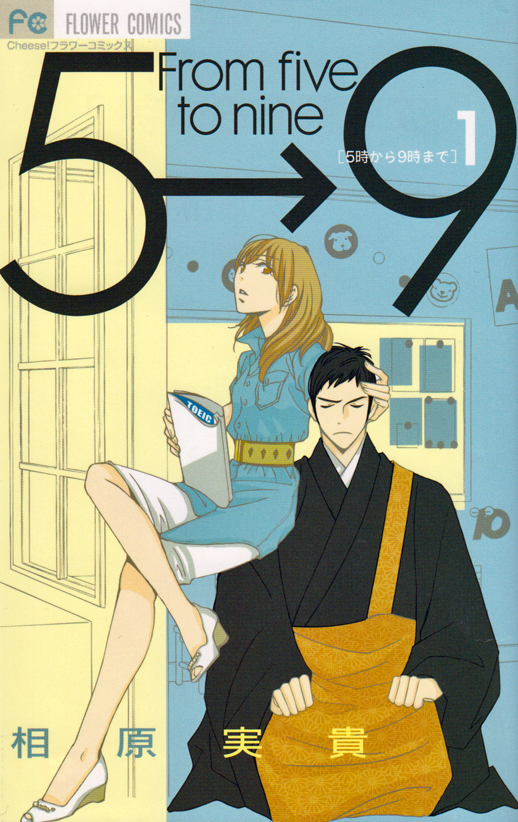 This week for Sensate Saturday I’m doing another quick review. It’s From Five to Nine by Aihara Miki!

Plot Synopsis: Junko Sakuraba, a 27-year-old lecturer at an English conversation school has no boyfriend. Her parents set up a marriage interview for her with a man who turns out to be a Buddhist monk. However, Junko has no intention of becoming a temple wife, so she refuses to do the interview. Soon afterward, the man signs up to become her private student.

Plot: The plot is decent for this first chapter, though I feel like Junko is too passive in this chapter for too much of it. That isn’t to say she isn’t impulsive, the last few pages make it clear that she can be, but despite that I’m not fully captivated by the series and probably won’t continue reading it.

Characters: Junko is a decent enough female lead, although she seems to have attracted way too many suitors for it to be such a spontaneous thing to occur for her. Which breaks the suspension of disbelief for us readers pretty fast. The rest of the cast is interesting though.

Art: Pretty good for a Shoujo series, I’d honestly thought this was a Josei series, but it’s not and the art reaffirms that.

Overall: Interesting, but not enough for me to continue, it may however be good enough for you. So it’s all up to your personal tastes.