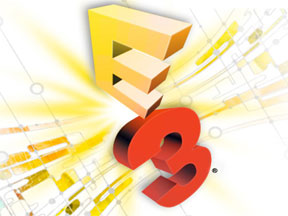 Despite some ups and downs in terms of popularity over the years, the Electronic Entertainment Expo next week remains the top show for the game industry. It’s a place where game companies can get the attention not only of the gaming press, but the mainstream world as well. As such, many major announcements are expected.

As in previous years, GiN will be there at the show. Reporter Lisa Campos will once again be taking appointments with game companies, interviewing the Entertainment Software Association, snapping pictures and writing about both cool news items and the overall health of the industry.

We will also be running news from the show in our Industry Happenings section, and putting everything on a special E3 page so you can find all things show related in one place. As this editorial is part of that, you can get to that special page by clicking on the link at the top of the article. All E3-based news will also be tagged “E3 News” on the front page, so it should be easy to spot. And of course we will be tweeting and posting all our stories to all our social media sites as well.

In terms of the significance of the show this year, the obvious focus will be on the new consoles, specifically the PlayStation 4 and the Xbox One. That’s probably the reason that Nintendo decided to be more low-key this year. Their next generation console, The Wii U, is already out, so they don’t need to and probably could not compete with the hype that Microsoft and Sony will try and generate. Though as an update, the big N is planning on a press event at the show now.

Rest assured that we will do our best to cover everything from the show, not just the console news. But it’s a safe bet that Sony and Microsoft will finally have to put all their cards on the table about their new systems. They could perhaps punt the ball again, but there are no more events between here and launch, so this is really their last chance to sell themselves to gamers. The previous events hosted by the companies left many questions, and we need to find the answers.

Microsoft especially has to show us some games. Their internal event made the Xbox One sound like a media computer that just happens to play games. We were told to wait and see the games at E3, so Microsoft needs to bring the heat. Sony is in a bit of a better position with gamers since their show was all about games, but questions remain there too, like what exactly the console will look like.

And then there is the elephant in the room. Both companies need to stand up, look gamers in the eye, and tell them straight up if their new machines will be burdened with some form of digital rights management. No gamer wants that, but both companies have been flirting with the possibility.

It’s possible that it’s become a bit of a standoff between them. If one company implements a restrictive DRM that requires a fee to play used games, locks a game to a specific gamer tag or comes up with some other complex system to squeeze more money out of gamers, and the other company simply says “our machine will be DRM free” then the second company will win the console war right then and there. It’s really that simple. In that event, the company with the DRM will likely have to remove it before launch.

But if both companies implement it, then gamers will have little choice but to swallow that poison. Unless, as Todd Hargosh pointed out last week, they simply purchase a Wii U, which allows used games with no penalty. The Wii U just needs to come out with some more and better games. There is also the prospect of new consoles like the Steam Box and the OUYA, which could stir the pot in terms of gamer choice.

To a lesser extent, there is also the question of if the new consoles will need to be always on. This is important for gamers who don’t have reliable internet connections, or broadband connections, or for everyone if that becomes part of the aforementioned DRM strategy. Our columnist Chella Ramanan suspects that the reason Microsoft and Sony haven’t been straight with gamers on these two issues before is that they have bad news waiting for us. Otherwise, why all the subterfuge? They would simply give us the good news and move on, or use it as a powerful selling point.

It’s also possible that they have not made up their minds yet, though time is running out for that. In recent weeks campaigns have been created to try and influence Sony to make the PS4 DRM-free, and the company is said to be listening to gamers, even having company officials comment on the official protest pages. Sony might be waiting for Microsoft to announce DRM so it can turn around and slam dunk the issue themselves. Microsoft might be waiting to see if Sony will blink first. Or they may all be involved in back-channel deals that we don’t know about.

But who knows. What we do know is that these questions need to be answered next week for either company to have a successful show.

We’ll be there, covering everything, not just the new consoles, so stay tuned and lets see where the E3 Expo 2013 train takes us