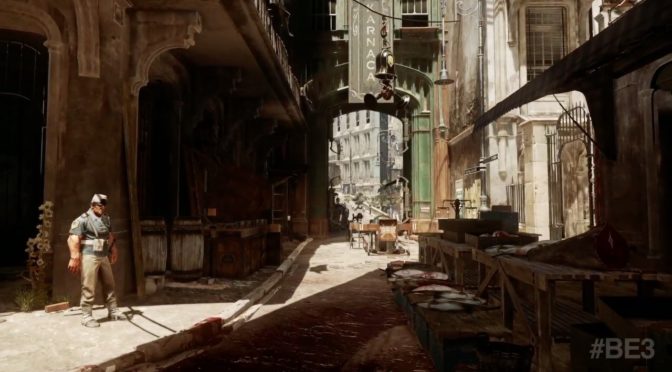 The game has moved from Dunwall to a new city, Karnaca, in the south, which has echoes of Prague, but with a lot more steampunk gizmos. The wall of light is back, but this time you can play as Emily or Corvo.

Arkane have focused on creating a setting that has its own story, with layers of history in the details of the buildings and the posters on the walls.

Lots of new gameplay elements, such as being able to travel back in time. During the live E3 demo we saw the player walk through a crumbling mansion, but using a time travel device, you could see the mansion as it was and use that to gain an advantage of foes.

See the trailer for yourself: