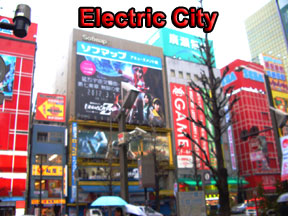 Once you turn left out of the Electric City exit of Akihabara station in Tokyo, and step on to the main street, you will see mile after mile of electronic malls, video game shops, and anime and figure stores. It’s fanboy heaven, ready to fulfill all your geeky needs. But on one summer day, a year ago, I accompanied a friend to Electric City. We hopped from one video game store to the other, in an effort to pre-order some copies of a video game. Let me make it clear, my friend wanted multiple copies of the same video game title. This is what the Japanese call fukusuumakai (purchasing multiple copies of the same item) and isn’t unusual in the geek community.

I know a 19 years old girl who is willing to starve to buy multiple copies of the same game title. And then there are the extreme cases. Have you ever heard of the guy buying 5,500 copies of a certain idol’s CD? You may think, "Oh these crazy people, what is the use of wasting that much money?" These people are sane enough to know that they don’t need five copies of the same game, but fukusuumakai is all about getting the extras and bonus material that comes with a given game.

We are all familiar with "bonus material", which comes with a video game. Here, in Japan, you get the "first edition limited release," followed by the "limited release" or perhaps the "first edition" and they all come with different packaging and different bonuses, not to mention, different prices. Most people I know usually buy the first release limited edition and don’t mind paying almost double the price of the normal edition because they want the special printed tote bags, key-chains, CDs, cards, or whatever it is. They are crazy for all these extras and even say that they NEED IT. And here’s my point, there is also this other marketing trick called "shop-limited extras." These are packaged products with special bonus attached, but only if you buy it in a certain store.

Of course, when my friend’s long-awaited simulation game sequel came up with some "stores-limited drama CDs," she didn’t want to miss any of them. So she went ballistic and spent over $300 to purchase multiple copies of the game. And all for some bonus CDs that have nothing to do with the game.

The crazy thing about it is, once they’ve got all the extras, the actual game discs are left completely untouched, in some cases. They just sit gathering dust or get resold to second hand game and hobby shops, including places like Amazon and Book-Off, for a fraction of the price they paid.

Specialized game and hobby stores, like the ones in Akihabara, have separate floors or buildings that are dedicated to buying and selling these second hand products. Sometimes a game is bought downstairs, stripped of all the bonuses and then resold on the second floor of the same shop on the same day or maybe a few days after the release date.

The trade in used games is a challenge for the industry. Finishing a game, reselling the software, and having it purchased by another person, only to have the cycle redone again means the developer sees less of the profits gained through sales of new units.

At the end of the 1990s, a game developer sued a second hand shop to stop them redistributing their game titles. Unfortunately, the Supreme Court decided that redistributing mass-produced items is not a violation of copyright. Once a mass produced item has been sold to a consumer, the company loses the items’ distribution rights. They maintain the content of the copyrighted item, but not any rights of the physical products.

So, of course, when I get my copy of Dramatical Murder (released on March 23rd, 2012 and my top tip for any girl gamers), I can either put it on my special pedestal for spectacular games, throw it away if I don’t like it, or even wrap it as a present to give for a friend. Or I can sell it on to someone else. The developer doesn’t have a right to tell me what I should do with it. It’s common sense, but it doesn’t solve the problem of the used market.

The Japanese industry uses limited editions as a cunning marketing strategy to get gamers to buy more games, but it also pushes more games into the used market. With so many different channels for playing games and an expanding mix of core and casual gamers, bonus material is being used to make packaged games an essential purchase. These bonuses include books, radio dramas, as well as merchandise, and whilst they do drive gamers to spend more money, they also expand the second hand game market, so it’s not clear if the industry is a winner or not.

So, what kind of buyer are you?