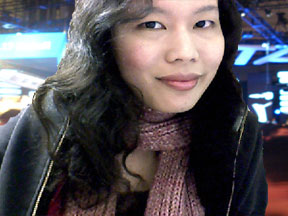 The topic of social games has been a buzz in Japan for quite a while. Soaring national figures saw market growth in Japan increase from $620 million in 2009, to a staggering $36 billion, in 2011. This makes it hard to ignore social games. Added to this, the rapid growth of the social games market means there is high demand for staff, making it an attractive option for talented developers. Hopefully able to fill the lack of manpower in this market is Social Game Academy (www.socialgame-academy.com) is a new business school, which hopes to fill the gaps in the employment market and opens in April 2012, in Roppongi Hills, Tokyo. These hills are also home to the biggest social game network in Japan: GREE and to some, it may feel like traditional titles and core gamers are under attack from its new brand of games.

Unless you’ve been living under a rock, you’ll know that social games are browser-based and played on social networking services such as Facebook. The biggest social game networks in Japan include GREE, Mobage Town, and mixi. Despite not having a place in the heart of most core gamers, social games continue to make a bigger and bigger mark in the gaming industry.

As I reported last year from
The Tokyo Games Show, GREE still has one of the biggest booths on the show floor, showing its dominance. But the traditional, big name game companies are also keen to jump into the world of social gaming. The likes of Sony Computer Entertainment, Konami, Capcom, Bandai Namco, to name a few, have all joined hands with various social game platforms to release a variety of social game titles.

Imagine the plight of games publishers trying to earn a crust in today’s market. They have two options. They can go the traditional route and try to create the next AAA title, but that requires a large, experience workforce, a large budget and years of development to create one game that may or may not woo a small pocket of gamers. The other option is to produce lots of small games, aimed at creating a quick fix. With only a small team needed, your budget is also small and you can churn these titles out and charge small amounts to a huge audience.

It’s easy to see the appeal of producing social games. Any business is going to choose the field that produces the most fruit. But many are wondering if the rapid growth of the social games market threatens the more traditional boxed titles.

If we look at the people who play games, the audience for traditional games is very different from the people who dip in and out of social games. Growing up being a core gamer, I would not want (even hate) to resort to social games, even if there was a decline in traditional games. And as much as I don’t want to leave my game console and HD graphic game, social gamers would not want to leave their casual time game playing to 50+ hours in front of the TV uncovering dungeons.

Similarly, developers and engineers don’t necessarily want to move to create social games and don’t have the experience to give them the right skill set. That’s why social game publishing companies are in need of a growing workforce, because they cannot find everything they need among traditional developers. In addition, hardcore gamers are less likely to turn their back on their beloved games. In fact, social gaming may lead to social gamers towards more traditional games, rather than the other way round.

Many Japanese developers are setting their sights on overseas business expansion. A recent seminar looked at social gaming and expansion into overseas markets. It was organized by the Japanese Online Game Association and Microsoft Japan, with speakers from various companies with branches overseas. They discussed the challenges of localization and employment strategies in foreign countries, especially in North America. The same conference highlighted the "anime-quality" of Japanese games as a cultural hurdle, limiting their appeal in the US market. But in Japan, gamers return the favour, as most US games don’t get the attention they would in their home territory.

As publishers and developers look for new ways to exploit this growing market, traditional gamers don’t need to feel threatened by the invasion of social games. In many ways, there is a big wall between the traditional market and the social games market, making them very separate worlds that can happily co-exist. They are two parts of a bigger game industry. And as long as there are still core gamers, the traditional games industry will exist. This makes it unlikely that the big publishers will turn their back on core gaming.

Source for data in this column.