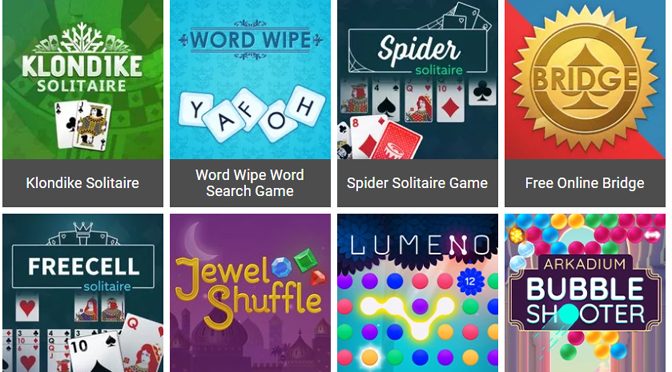 We could all use a little entertainment right now. It’s no surprise that socially distanced people are going online to pass the time and maintain personal connections during the Covid 19 lockdown, generating a dramatic surge in activity over the last month for gaming networks and just about all other online platforms. Even simple classic games such as Solitaire are making a comeback.

Gaming companies have upgraded their services and carriers are beefing up their capacity to accommodate the traffic. And now that the federal recovery payments have begun showing up in people’s bank accounts, a new wave of business is coming in for equipment retailers and—of course—the adult entertainment industry.

The gaming industry appears at this time to be recession proof. But this raises the question, what will happen after the boom? Will companies that have expanded to operate at peak capacity during the crisis wake up with an economic hangover when things return to normal and everyone goes back to school and to work? Or is online life the new normal?

Will there ever be another normal?

People are spending more time online now, and much of that time is being spent playing games. In its weekly snapshot for March 16, Verizon reported that although overall Web traffic increased by 20 percent over the previous week and video streaming was up 12 percent, gaming shot up a whopping 75 percent that week, with more modest single-digit weekly increases over the next month.

Just about everyone is reporting increased business. Arkadium, with an online library of single-player diversions, reported a 40 percent spike in new users over a three day period in March. Super League Gaming, a platform for competitive video gaming and Esports, reported a 20 percent jump in new users in March, compared with a typical growth of 7 percent, and a sharp uptick in the amount of play by users. There were about 9 million hours of gameplay in the first quarter of 2020, with more than half of that—5 million hours—in March alone, compared with 15 million hours on the platform for all of 2019.

It’s not just games that are booming. New York matchmaker Maureen Tara Nelson says that use of dating apps has increased 300 percent. And for those interested in something less permanent than love, Cams.com, which operates a network of live streaming Web cam models, reported a dramatic increase in user spending since the Treasury began sending out stimulus payments this month, with revenue from some states tripling. Washington State reported the largest increase in spending on cam models at 204 percent, followed by South Carolina and New Hampshire.

All of this takes bandwidth, and many online gaming companies have struggled to keep up with demand. Microsoft, Sony and Nintendo have all reported temporary outages or slowdowns of their platforms since the lockdowns began, although problems seem to be ironed out. The Federal Communications Commission has moved to help by granting carriers temporary access to additional RF spectrum. A number of license holders have agreed to make portions of their spectrum available to carriers to provide additional connectivity during the pandemic. The FCC Wireless Telecommunications bureau granted temporary 60-day access to T-Mobile for additional spectrum in the 600MHz band on March 15, and since then has granted temporary access to more than 20 national, regional and local carriers.

Quite a few online gamers appear to be using their stimulus payments to up their game with new equipment. MDG, an online retailer of big-ticket electronics such as laptops and large screen HD televisions as well as gaming electronics, has seen a surge in sales in April. With money burning a hole in their bank accounts and bricks-and-mortar stores closed, gamers are shopping online and among the most popular items are HDTV gaming bundles, usually consisting of a 58-inch TV and a gaming console plus peripherals.

The average purchase is about $1,100, said Milos Varaklic, MDG vice president of operations. That just about covers the $1,200 payment going out to every adult. It’s not kids who are buying the gaming bundles. The average buyer is in his 30s or older, Varaklic said. The sales numbers this month are equivalent to what the company sees in December during the holiday shopping season, he said.

Although have been some product shortages, the company’s supply chain has mostly been able to keep up with increased demand so far. Varaklic acknowledged that the pandemic lockdown is an unusual situation, but he said that the company is planning for a sustained increase in purchasing and is not worried about the bubble bursting.

In the absence of head-to-head sports such as soccer, football and baseball, there has also been an increase in interest in Esports leagues. Mission Control, a platform for recreational Esports leagues, is getting 100 or 120 inquiries a week for its services, up from about three a week before the pandemic, said co-founder Austin Smith.

“The last month has been crazy,” Smith said. “People are looking for community.” Smith said some 68 million people play team sports in the U.S., most of them on the recreational level. “When people can’t get together physically, online gaming becomes a great medium.”

Duke University is a case in point. With all of the North Carolina campus’s recreational facilities closed and all intramural sports cancelled, the school turned to Esports intramurals supported by Mission Control to keep students engaged. “It’s important for rec departments to be virtually active right now to provide some sense of normalcy during this time,” Brittany Burriss, Duke’s coordinator of intramural sports told Campus Rec Magazine.

Mission Control is essentially a business-to-business platform, Smith said, focusing on the software to support tournaments, including a league management system. It handles league schedules, validates scores, determines champions and provides discussion forums for members. Players download a mobile app to join leagues and get access to tournaments and matches.

So far, the company has not seen a shortage in bandwidth for its tournaments. “It seems that there is plenty out there for us,” Smith said. “We haven’t been impacted by any bandwidth problems.”

Smith is not worried about over-expanding during the boom. “Business has been increasing for the last couple of years,” he said. “I expect it to continue to grow, although probably not at this level.”

William Jackson is an award-winning journalist and reviewer with over 30 years of experience covering technology. He is a principal writer with the Tech Writers Bureau, a group that creates technological thought leadership content for organizations of all sizes.