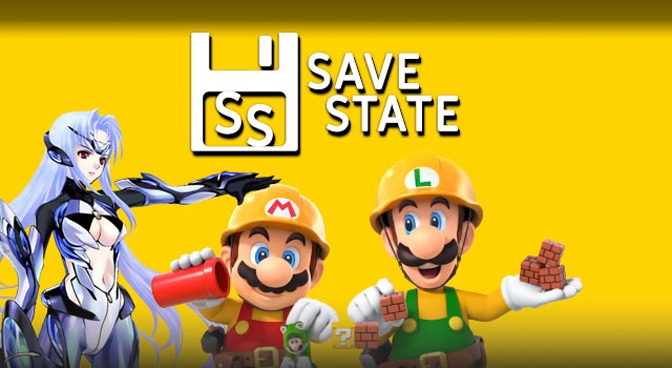 Welcome back to Save State, where I got the llamas to wear the hats, but one of them went on a murder spree. I don’t even know who Carl is, so it looks like world hunger is going to have to wait for someone far more intelligent and capable to come along and solve it. In the meantime, what I can offer you is some info on a couple of cool games I’ve been playing these last couple weeks.

Super Mario Maker received its final update this last week, and what an update it was: Enough to bring a lapsed player back into the game, in any respect! For those who don’t know, Super Mario Maker is a game where you get to design your own 2D Mario levels. You can control everything, from the enemies placed, to the physics used (you can choose from Super Mario Bros, Mario 3, World, New Super Mario Bros, and 3D World’s physics engines). 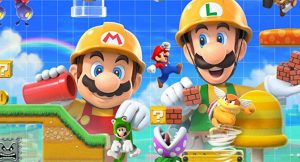 That’s pretty much all you need to know- if you’ve played any 2D Mario game, you know what to expect here. There is a story mode that functions as a competent, somewhat eclectic mishmash of well-designed levels created by Nintendo, alongside a stream of never-ending content available online, the volume of which would make your head spin.

The levels online can be hit or miss- but some of them are absolutely brilliant and can make you go, “Wow, I hope the next Mario game has something like this!” Since the game released last year, updates have introduced the ability to play with people online (oftentimes in crippling lag) in versus or co-op modes, new parts like frozen coins and dash blocks which were previously missing from the game were added, giving makers much more flexibility in stage design. 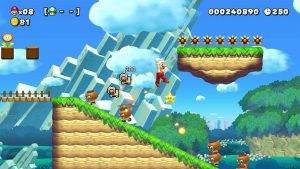 The latest update, also known as the, “Don’t Ask Me For Anything Ever Again” update, outright introduced the ability for makers to create their own worlds- functionally letting players design their own, complete Super Mario games! New power-ups and items were added too, so if you were missing the Frog Suit from Mario 3 or the Power Balloon from Mario World, they’re finally included, too.

There’s so many random things to create and levels to play that it’s a fun game to return to every couple of months to see just how great or horrible the game design sense is of the people uploading levels. It’s an eclectic, interesting experience that anyone who enjoys 2D platformers would probably love, and with this latest update it’s definitely something worth checking out again if you had played it in the past. It’s been keeping me busy as I stay inside, at any rate. 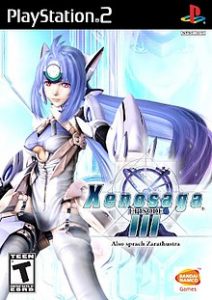 Of course, you can’t just play platformers all day. Eventually you need a break from leaps of faith and death traps designed by children, and in light of recent events (thanks, Neal!), I actually wound up connecting my Microsoft Sony PlayStation 2 recently to play some PS2 games for the first time in many years. To test things out, I wound up tossing a random game from my collection into the disc drive to test things out as the lasers on these things can be pretty spotty at times, especially if in storage for years. I grabbed my copy of Xenosaga Episode III: Also Sprach Zarathustra, and was delighted to that the system not only booted up and ran, but also to see the cinematic opening of the game and was hit by a flood of glorious nostalgia. So, of course I wound up playing it for several hours and am now on yet another play through of what I would consider my favorite JRPG of all time.

Xenosaga III is an immensely dense game. The third game in a trilogy that was cut short by three whole titles has to wrap up every loose end after a very disappointing second iteration of the series, and the game begins in a kind of high octane rush that it rarely allows to die down throughout the story. In the first game, you learn about the Gnosis, a kind of interdimensional threat to humanity that Shion Uzuki is tasked to defeat with her android weapon, KOS-MOS. A whole bunch of religious allegory and spoilers later, we arrive at the third game where Shion is breaking into her old employer’s research facility because she suspects they’re up to surreptitious and evil things in connection with the alien menace threatening the entirety of civilization. This game is unrelenting in how twisting and winding all of its story developments are, with almost all of the characters having some kind of redemption or completed character arc by the end.

There are moments where you’ll be watching cutscenes for what feels like a half hour, as there is just so much going on that one of the more common critiques of the game is that it becomes hard to follow along, you just move from one thing to another so quickly. Thankfully, there is more than just story to this game, as the combat is quite excellent for a PS2-era JRPG, being at least reasonably balanced the whole way through. You get to fight in giant robots, like previous games in the series, but on foot you’ll be able to select basic attacks, special techs, and ether attacks (read: Delicious, magical science attacks) to take down your foes. 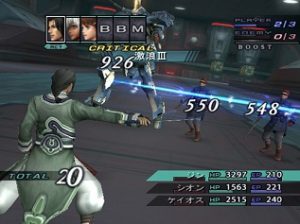 Dealing damage lets you build boost meter, which you can burn to increase attack power or use special attacks. Diametrically opposite of boost is the break meter, which raises as you take damage, which hobbles a character and forces them to miss a couple turns plus opens them up to far more critical hits than normal. Both enemies and allies can take advantage of these mechanics, which makes the system pretty dynamic and interesting, especially for boss fight. Giant mech battles return as well, where huge damage numbers in the tens of thousands fly out from every attack, and the number of actions you can take per turn is only limited by your fuel (so with 900 EN, you can use three 300 cost EN attacks, or five 170 cost EN attacks). Of course, don’t let an allied mech fall in combat- there’s no revive spell that brings back a giant robot so losing one because you carelessly didn’t recharge can seriously hamper you for the remainder of a boss fight.

Random battles aren’t a thing in this game, either, as enemies will walk around on the world map so you can decide if you want to fight them or not in most cases. You can attack from behind for a first turn advantage, or even lay traps for enemies to immobilize them so you can start the encounter with a boost level or two so you can use a special attack right off the bat.

The game itself is probably about 40 hours if you just rush through to the end, but there are costumes to find, super bosses to fight, segment files to locate, as well as a puzzle mini game called HaKox which is a lot like Lemmings in a 3D space, and even has some interesting rewards like a swimsuit costume or a really powerful weapon (this was the PS2 era; locking end-game weapons behind mini-games was kind of what games did back then I guess). Not to mention there’s just a ton of worldbuilding that players can soak in and enjoy, because if you’re a lore hound there’s an absolute treasure trove in this game. Not to the extent of the Trails in the Sky titles, but still, the sci-fi world of Xenosaga is a living breathing thing, not just in part due to U-DO.

Obviously, if you don’t like very anime story lines where new terms are being thrown at you rapidly or where characters repeat back the last word of another person’s previous sentence (it’s a weird trope but oddly common with games from this era), then you might not like Xenosaga Episode III. However if you’re interested in a several game long epic tale that ends in a bang, Xenosaga Episode III could be it, for you. I know, I know, it’s awful to recommend two incredibly long JRPG series back to back two weeks in a row- but like Trails in the Sky, Xenosaga is absolutely worth it, and is scratching my Xeno-game itch before Xenoblade Chronicles: Definitive Edition comes out this month. Much like the endless sandwich Fiora gives Shulk in that game, I will now be off to make my own sandwich as people have finally stopped freaking out, buying twenty loaves of bread.

Next week, I’m going to train a dinosaur to balance on a ball! Maybe the clouds will be a little dark, too.