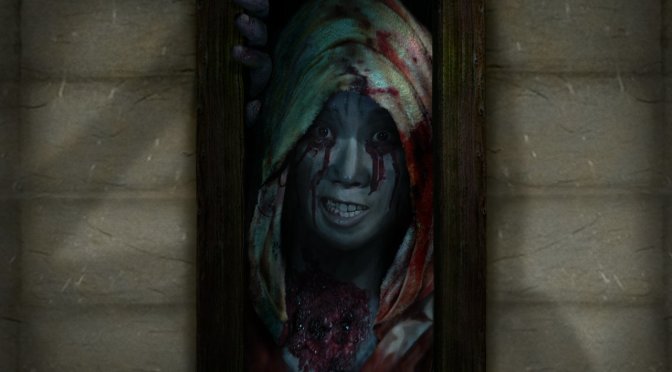 In every portion of gaming, there are titles that get left out in the cold. The horror genre is no exception. If you’ve dipped your toes into the bloody pool of horror games but wish to delve deeper into the genre, here is a shortlist of great titles you may not have experienced.

The original Clock Tower game never saw release outside of Japan, even with later releases on other platforms. It’s a sad business because it’s by far the best game in the series. Based on the Dario Argento movie Phenomena, Clock Tower is a 2D horror title (with elements of point-and-click games) that is surprisingly scary. You play as an adopted orphan who is taken into a wealthy new home by the Barrows family with two other orphaned friends. Of course, this happy episode doesn’t last long as a deformed child Bobby starts killing Jennifer’s friends with her as his next target.

What makes it a horror gem is the intuitive health system, the unpredictable A.I. and the feeling of helplessness at the hands of a maniac. Although the game is originally in Japanese, a fan translation exists for PC. Play it. It’s ace.

The Siren series saw its first UK release in 2004 with Forbidden Siren for PS2, a game helmed by Keiichiro Toyama (the director of the first Silent Hill). Based in an old Japanese village called Hanuda, a traditional ritual is interrupted leaving the town isolated by a red ocean and populace morphed into unstoppable zombie-like creatures called shibito.

You play the game in stages, swapping between ten characters caught in the middle of the disaster. What sets it apart is the psychic “sightjack” ability the characters possess. It allows you tune into the vision of enemies nearby with the right analogue stick (like searching for a TV signal) to help avoid the shibito and travel to the next checkpoint. The game saw a PS2 sequel and a reimaging for the PS3 entitled Siren: Blood Curse. Although the games can be ludicrously tough at times, they provide a unique horror experience.

Sweet Home was an interesting hybrid of horror and RPG released only in Japan, and based on the film of the same name, which sees five journalists explore the secrets of the Yamida mansion. The game plays like a standard RPG, mixing top-down exploration and first person battling. But a party can only contain three members. Add on the fact that each member has a special item for overcoming particular obstacles, and you have the added task of team management during levelling up, puzzle solving and exploring.

Sweet Home also has its place in history as being the inspiration for the Resident Evil series. Although it was never released in English speaking countries, fans on the Internet have made an English translation so that a new generation of horror gamers can sink their teeth into this fun spooky romp.

I Have No Mouth, and I Must Scream is a point and click game based on the short story of the same name by Harlan Ellison. It is easily the most harrowing on this list. A self-aware computer known as AM has wiped out all of humanity, leaving five humans left alive. Because of AM’s capabilities, he has been able to keep them alive and torture them for over a century. Cheery stuff. One day AM decides to give each of the characters a quest. It is your job as a player to fulfil them to the best of your ability.

There are different endings to the game, but most of them are miserable. The main point of the game is to show that sometimes you can’t win against a stronger force, but to stop the absolute worst from happening. For those that wish to try something more psychologically trying I Have No Mouth, and I Must Scream is available on Steam.

Released only in Japan and Europe, Hellnight is a game which unfortunately lies in obscurity. It was an early example of a game which took the format of a first person run-and-hide horror, whilst stretching it out into a longer experience and adding in its own narrative. In Hellnight, you survive the derailment of a subway train in Tokyo. Starting in the sewers, you are chased by a genetically engineered creature which has escaped from a lab, natch.

What makes Hellnight an amazing experience is the sound design. The monster grunts and screams are horribly intimidating but what makes the experience truly terrifying is the sense of distance. You will always hear the monster before you see it, and as its groans grow in loudness you know there is little time before its game over.

Now we’re talking old school. We’re all aware of the countless first person horror games which involve running from a horrible creature, but 3D Monster Maze is where it all began. The game’s premise is simple: you are plonked into a maze and informed that a monster called Rex is chasing you. The maze is randomly generated and you need to find the exit without any clues. The graphics are all 2D but a brilliant sense of 3D perspective is made through the way the way the visuals scroll as you navigate the maze.

But the best parts of the game are the messages that appear at the bottom of the game telling you how close Rex is to catching you. These simple messages instil a tension that still works today. Although the game is in black and white with no sound, it has all of the elements of a great horror game.