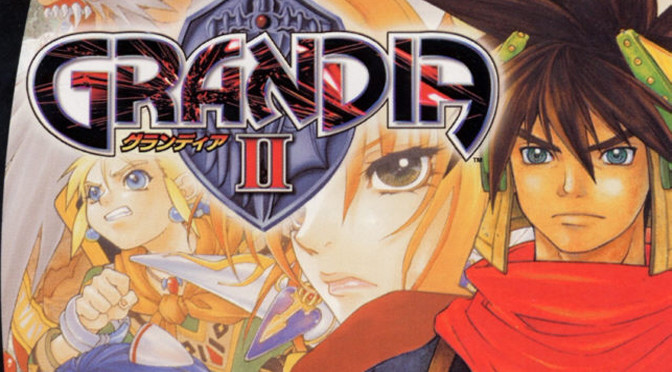 Partway through this week my computer monitor decided it was time to kick the bucket. Honestly, I can’t really blame it. I’ve had the thing for six years and it’s been through three moves in this time. I’m glad it held up as long as it did, but man does it suck to have to find a replacement. Unfortunately, this got in my way of work here at GiN. I do have a new computer monitor coming in, but it won’t be here until sometime today.

I didn’t let this discourage me. So I could’t play my planned Time Waster for this week. No biggie. I actually have a few phone games that I’ve been looking to review for the weekend column.  Then my phone decided it was going to follow my computer monitor’s example. I was left with a device that would frequently freeze up and shutdown. Sometimes it would refuse to boot up again after this. I’m still remaining positive as I’ve been needing to update for a while now. I guess this is just the perfect time. However, this did leave me with little to no options for a Time Waster this week. That’s part of the reason I decided to do an editorial instead. The other reason was to give a quarterly update on the progress I’ve made for my New Year’s resolution. If you don’t know what my resolution is, you can check it out here.

Are you up-to-date on the subject now? Good. Then let’s move on.

I’ve been working to beat at least two games a month as part of my New Year’s resolution. This should give me enough time to play new games and still complete those on my backlog for this year.  As of today, April 18, 2015, I’ve completed seven games from my list. These games are as follows:

Grandia 2 is my most recently completed title from this list. I actually just finished it before I sat down to write this piece. I’m not going to go into crazy detail about the game’s I’ve beat and how I felt about them. That’s being saved for the end-of-the-year article. However, I have come to some realizations after only being a quarter of the way through 2015.

My first revelation was that I shouldn’t add games to my list if I didn’t enjoy them when first trying them out. I found myself hating Metro 2033 and it was a real struggle for me to get through it. It’s a game that only took a fraction of the time to beat as others on this list, but it felt longer than any of them. I’m still going through with titles already on my list, but I’ll remember this if I choose to give myself this challenge again next year.

The second thing I’ve come to realize about my New Year’s resolution is that I didn’t give myself a large enough variety of games.  My list includes a lot of RPGs, most of them being JRPGs, and I can already see its going to b e a struggle to finish them all. While some games on this list only take eight to 10 hours to complete, RPGs are almost always close to 30 hours. I’ve been lucky to get through some I’ve already beat on my list quicker than normal because I’d played them before and just never finished them. This was especially true for Wild Arms and Grandia 2, both of which I knocked a few hours off of because of my previous experiences with them.

While the RPGs on this list may hurt my goal, I do have to admit that I’m really enjoying playing through them. It’s great to experience what are new games to me that play in such a way that I enjoy. If you follow my Time Wasters, then you know that graphics don’t make a game in my opinion. This makes each of these titles feel new despite their age. I could actually go on a rant about how I believe the focus on high-end graphics is actually hurting the game industry, but that’s a subject for another time.

I’m about 12 hours in on Legend of Dragoon and I’m not impressed. I know this game has a bit of a cult following and I”m not looking to step on anyone’s toes, but it’s just not doing it for me. I’m still playing it, but I don’t know if its one of those cult classics that  I’ll care to recommend to people when it’s all said an done.

As for Phantom Hourglass, I’m impressed by a lot of the things it does, but I still don’t like the touch controls. It has a lot of gimmicky features that take advantage of the Nintendo DS’ capabilities that are really neat and promote fun gameplay. However, the inability to simply use the D-Pad to move around and buttons to attack is really annoying. The touch controls also aren’t all that accurate and can really kill the fun factor for me at times. Nintendo had it right when they switched back to normal controls for Link Between Worlds.

Alright, that’s my quarterly update of how I’m doing on my New Year’s resolution. Here’s hoping my technical problems are solved soon and that I’ll be able to beat all the games I’ve set out to do so this year. Enjoy your gaming and be excellent to each other!