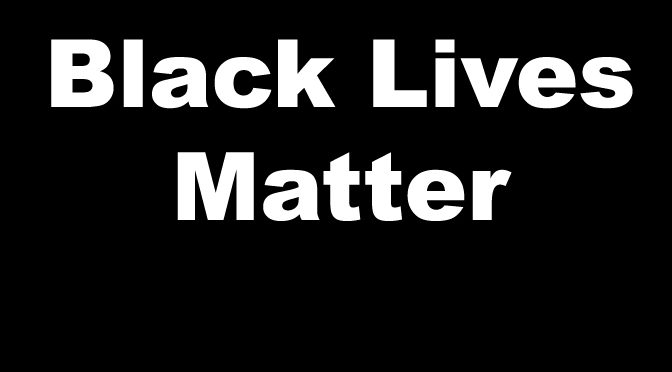 There is a way the gaming industry can support the BLM movement. It’s by reflecting us as individuals and just our culture. A few examples of games that took us and profited off of Black culture and stereotypes are Fortnite and Grand Theft Auto. Just sending out statements that you stand with Black people isn’t going to be enough in 2020. We appreciate the donations to NAACP, the BLM movement, but keep that same energy. Post a photo of your leadership team right along with it. I mentioned in my previous article that we need to be put in executive positions, and actively sought out for the tough conversations.

The gaming industry, as an entertainment medium, should reflect real life.

The media has always talked about the Black struggle but has not always been clear that it’s the struggle of Black people. The Black struggle is usually portrayed as segregation and derogatory terms for a group of minorities like the movie District 9. Or in comic books like X-Men where it shows a group being constantly oppressed. However, they still choose to be the bigger person in the end. In video games there are a few examples but we need to catch up.

The first part of seeing us and portraying us is not studying us or the culture, but to have us on your team. To know the truth about what is going on with us. Social media can portray a lot of lies. It can also show the truths of everyday life of a Black somebody. 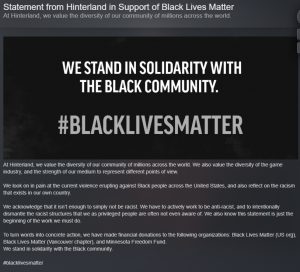 During this time when the uprising is happening, we’re looking for all the support we can get. The easiest way to see who supports us is via social media. I’ve been looking for which companies are going to support us and speak up.  I’ve been seeing companies like AstroGaming, Discord, and Hinterland posting their support for the African American led movements. The difference between companies that have seen the light and those performing a PR stunt isn’t clear just because they are making statements during Black history month or Pride month. Anyone can change their logo for a month. Numbers don’t lie; there is an employment rate of Black people is around 1% in the gaming industry, according to AfroTech. Only a company’s actions will let us know for sure. I’m hoping that silence doesn’t mean a lack of support. For the companies that haven’t said anything I hope you are moving things behind doors to include Black people starting with employment.

Over time storytelling has evolved from books, to movies, and over the last 25 years to video games.With video games, as another form of medium where we can tell stories, we should use them to tell authentic stories around black culture. Stories which include civil rights movements, stories that include our folklore, not just popular the dance’s that can be largely found in our culture.

To be honest, I don’t know how many gaming companies in the past outwardly supported the Black led social movements seeking equality and reparations for Black people. Even though, Black people are one of the top buyers of console and gaming titles such as NBA 2K, Madden, FIFA, and fighting games like Mortal Kombat.

Currently, some White people are more concerned with property than people. And some are afraid to go outside. Ok, so? That’s how Black people feel every day. No, I don’t want anyone to get hurt, but Black people are constantly being murdered. That’s why cities and businesses are burning. It doesn’t do my heart good to see random police officers dragged and beaten. Nor seeing harm come businesses who support the cause of Black Live Matters and the idea of an equal playing field between all races.

To me, the only thing that would make this better is improvements to existing gaming organizations  or more Black owned gaming studios.

I heard the statement Killer Mike put out and I took it as don’t burn your home. I’ve only visited Atlanta twice now but I seek Black businesses and there are plenty. I recently asked an Atlanta native on why they think T.I. & Killer Miler made their statements. And the short answer is,

“These people have spent their own money in their communities and Black people own businesses here. Like actually own businesses. We don’t rent, it’s ours.”

Let’s think of this as a video game. There’s always a map or a wayfinder. I am currently playing Shadow of Colossus. There is a map and the main character, Wander, who has a sword that will show the way by using sunlight. More Black led or Black owned development studios can help create new worlds that can help educate people on parts of black culture. With this kind of leadership or involvement in the gaming space a new light leading us to new land, new victories and can open the eyes and the imaginations of gamers of all backgrounds.

Gaming studios have more recognition than us citizens. That means they are liable to have the money and the influence to get things done; that’s why we should hold them accountable and demand change. Anytime someone wants a character nerf or bug fix, we tell the company what we need. If enough people want this change, it happens.

Who is supporting us?

The reality of the situation is that people are protesting and it’s turning violent due to people who are using our grief for personal gain. With that being said, there are some people who are behind us, at least for emotional support. Like AstroGaming, they do sponsor a few Black gamers. I have met many figure heads at AstroGaming and they seem to understand what is important. Brandon Leuner, community manager of AstroGaming said, 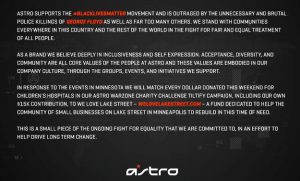 “As gamers we enjoy the games created by black developers, content created by black streamers, esports featuring black competitors and broadcast by black commentators and producers. To not show support for the Black Lives Matter movement is to reject the people behind the very things that we love, and that is categorically unacceptable. The importance for the gaming industry to not only publicly show their support but to DO something for the Black Lives Matter movement cannot be understated.”

It’s not surprising that Twitch sent out a statement of their own. They do try to set things up for Black people, LGBTQ, and other minorities during their “respective months.” But to do something outside of Black history month? That is the true surprise. Their platform doesn’t do a great job keeping their word to the Black community. They do ban people who are racist…sometimes. That individual doesn’t stay banned for long. Hopefully, this will insight more change within their headquarters to be more supportive of Black people.

Discord released a statement but we expect that from them. We can’t forget how they shut down all the white supremacy groups who were using their servers for evil.

A few other companies like Riot Games, Naughty Dog, Sony, Microsoft, Reddit (obviously), Nickelodeon, and many more have shown their support.

And that’s the point, to advocate for Black people in every avenue so we know you support us. Once you show us that you are for us we won’t question that until you give us a reason too. Be the change we wish to see by inviting us to the table. I mentioned this in my last piece. There won’t be change unless you know what we need. We need equality. Equal footing. Not only do we need representation in video games we need games that reflect society. More reflections will help but not fully solve the problem. It won’t help everyone see the light. There are people who can understand and agree with the Mutants in X-Men but think Black people “just need to respect authority.” 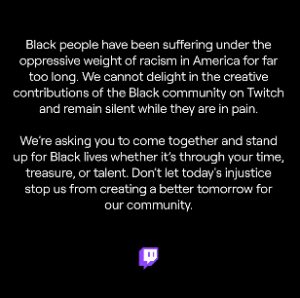 A few video games align with the tragedies of the world with a twist like Wolfenstein, Mafia 3, Red Dead Redemption, and Assassin’s Creed: Liberation. Specifically, Black Simulator. This indie game allows you to try and survive one day as a Black man. AC: Liberation’s assassin is a former slave who is also a woman. Keeping history events in gaming is important. It’s not just about showing a dystopian feature or shoot-em ups. The best stories come from real events. It makes people look up the events that took place to compare accuracy. A great example of a medium which leads people searching for the Black Wall Street bombing is Watchmen. It’s a comic book turned HBO Series. It showcases a few historical events and it provokes people to want to learn more.

I love playing a game with historical accuracy. It may be the first encounter someone has with a specific event in history. Not only can historic events improve storytelling. It lets us consumers know where the devs stand on issues. I was always in Mortal Kombat. When MK11 came out and Jax’s alternate ending was him putting a stop to slavery, it created an uproar. And it is beautiful. Moments like this root history in people’s minds and homes. It keeps history alive. And says to us, ‘You’re important, we remember you.’ And another thing that solidifies it, Ed Boon and community manager, Tyler Lansdown tweeting Black Lives Matter. People don’t forget things like this. All the companies we spend our money and time with, we want to see if they are going to say Black Lives Matter or not. Or if they are going to be silent because that’s an answer too.

What we don’t want is our intelligence questioned. For example, that big middle finger statement the NFL put out. Like, it was better if you didn’t say anything at all. It’s disgraceful when big companies like that have their hand in so many pots refuse to step up. It hurts because they get money in so many avenues it’s hard to cut off all their streams of income. 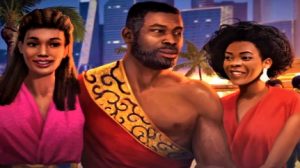 Black history, lives, and culture is represented in the media. We consume media, internalize, and it influences our thinking. We need the gaming industry to step up and help change the narrative. We appreciate the statements made please allow Black people into leadership and your board rooms.

The chakra guru from the Avatar said, “Things you think are separate and different are actually one and the same. We are all one people, but we live as if divided.” Everything is connected. All people, all life. All systems are connected.

Here is a Google doc with information on where to donate, lawyers, Twitter threads with missing persons and much more information in support of the Black Lives Matter movement.