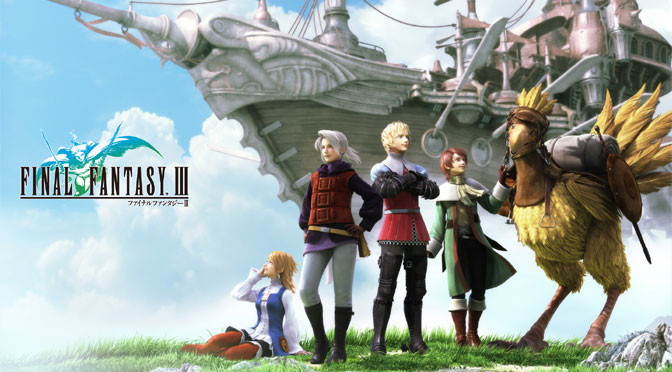 It’s reached the halfway point of 2015 and that means that it’s time for me to check in on my New Year’s Resolution. This is part three of what will be a five part series. If you haven’t checked out the first two parts, you can do so at these links. Part 1 and Part 2.

For those that don’t feel like reading through those last two parts, here’s a quick summary. I’m attempting to beat 25 games during 2015. Some of these are games I’ve started and never beat, but most of them are completely new experiences for me.

Now that that’s out of the way, let’s talk about what I’ve been up to these last three months. Of course I’ve been playing games, but what games have I been playing? Here’s the list of games that I’ve beaten as of July 9, 2015.

For those keeping track of how many games on my backlog that I’ve beat so far this year, this puts me at 12. That means I’ve basically reached the halfway mark on my list after roughly six months. This is a good sign and hopefully I can keep the momentum going through the rest of the year.

I’m not too worried about the time I’ll have for beating games on my backlog in the next quarter. What does worry me though is the final stretch of the year. There’s a lot of holidays in those final three months (including a wedding anniversary) and I’m wondering just how much gaming I’ll be able to get done during this busy season. This is also when a lot of new games are released.

I’ve also hit a small speed bump when it comes to PC gaming. Unfortunately, my second hard drive that I keep all of my games on has started going bad. This means that some games in my Steam library are unreachable at the moment due to disk read errors (some of which are games on my backlog). I’m trying to figure out when will be the best time for me to sit down and grab what I need before everything is gone. Most of my important files are already backed up, but I know it’s not going to be any fun moving my Steam games over to the new hard drive. In theory, it should be a simple process, but I think we all know just how well Murphy’s law works.

When it comes to games that I’m currently playing on my backlog, there actually aren’t a lot. The only games on my list that are in progress at the moment are Ar Tonelico, The Witcher and Titan Quest: Immortal Throne. These re all long haul types of games that are gonna take me a while to beat. I’m looking to add some shorter, more action-oriented games to my current load to help mix up the gameplay. I’m thinking Okami and Assassin’s Creed II.

I hope you all continue to enjoy your gaming endeavors and please wish me luck as I continue to try and clear out my backlog!