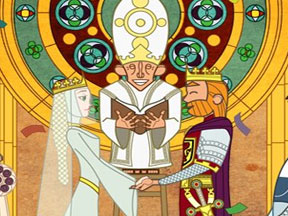 Lately I’ve been writing about the advantages of games and game technology. Last week I pointed out how the federal government was attempting to capture the magic of titles like World of Warcraft to try and engage people. That effort is still in its infancy, but nobody could possibly doubt the surge of popularity for casual games.

The casual game market has exploded in recent years. Reading the pages of Casual Connect magazine now is like browsing a catalog of triple A titles. Casual studios make some pretty impressive games. The only real difference is the level of difficulty and perhaps complexity between casual titles and the hardcore ones. Casual gamers may not play Skyrim or Halo, but it’s possible that eventually they could graduate to something like that, perhaps with a Final Fantasy in there as a stepping stone.

If you look at the numbers, growth in this industry is going to be tied to the casual game market. We may pick up a few new players here and there who are buying their first gaming PC or console to play AAA retail titles, but casual games are like a siren’s song, luring in non-gamers through massive portals like Facebook or streaming services like Steam, or simply existing on their own sites or being sold by companies that are smart enough to specialize in them like Viva Media. Even the big console networks like Microsoft Live and the PlayStation Network are filled with more casual titles than anything else.

But nothing really puts an explanation point on this movement like the announcement this week that Amazon is getting into the gaming business. They created their first Facebook game, called Living Classics. The game is actually a pretty ingenious one for a company that made its money selling books. In it, players have to find a family of foxes lost inside the beautifully drawn pages of classic literature.

Perhaps even bigger than the game itself is the announcement that Amazon has formed its own game studio. According to the brand new Website at http://games.amazon.com/ the Living Classics game is only the first of many titles. They end a letter to their new fans with the note that they’re hiring, and provide a way to get more information on that.

One might be tempted to ask why Amazon would get into gaming. Their answer? We know that many Amazon customers enjoy playing games ‘ including free-to-play social games ‘ and thanks to Amazon’s know-how, we believe we can deliver a great, accessible gaming experience that gamers and our customers can play any time.

What they mean is really two-fold. First, they probably rightly believe that if they make some really good games, that they can attract a lot of people to come and play them. And if those games should just happen to feature items like books that they sell, so much the better. Someone might play the Treasure Island part of Living Classics and then look to buy the book to continue the adventure. The second reason is the same one why the federal government wants to get into gaming: because people like to play games and will spend a lot of time earning badges and honors online, and that means an engaged audience that can be served up with ads, both overt and subtle, to make their core business or mission even stronger. On that account, Living Classics is a great start for the Amazon crew.

In a way, it almost sounds like games are addictive, though that is a column for another time. For now, lets just celebrate the fact that the world is waking up to something most of us have known for a long time, that games are fun an enjoyable, and we are quite loyal to companies that make fun titles for ourselves and our families.