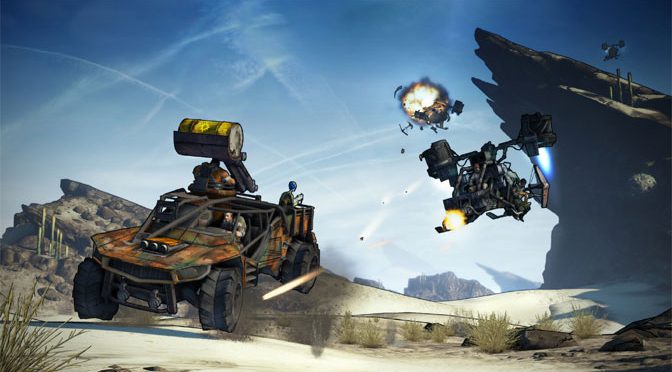 Hello everyone! Neal’s wife, Michelle here. I’ve hacked Neal’s column for the week because he has to take a professional exam and earn some license or something (adulting, gross), and I’ve recently had a life changing experience. So, while he spends the next few hours answering 200 questions about business law or whatever, I’m going to drag you along on my journey of discovery into the world of couch co-ops.

We’re all familiar with the classic couch co-op games: racing, fighting, and attack of the bizarre mini games. I grew up on Mario Party and about every Mario racing game that was available. I would practically beg my mom to play with us kids, because only be teaming up did we stand a chance of taking my brother out. He has the gift of excellence with Mario racing games. Since growing up and leaving the comforts of childhood, I’ve largely left co-op games behind, except for the occasional Switch Monopoly game. That is until Neal brought home Borderlands 2: The Handsome Collection. 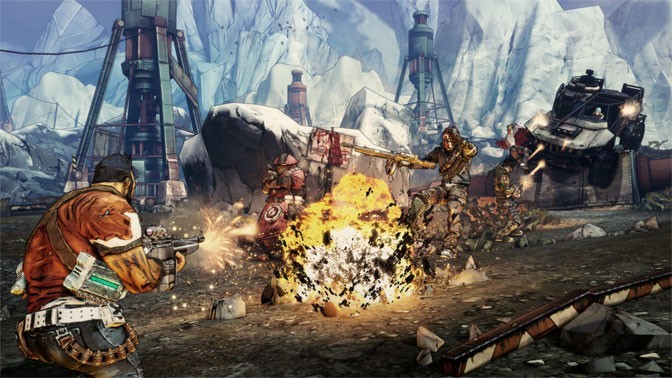 Now let me preface this by saying I do like video games, but I avidly turn down shooter games. I prefer the RPG tactical nature of Fire Emblem and Final Fantasy. Nice turn-based strategy that keeps the heart rate even. Perfect. I’ll even enjoy a good hack and slash like Kingdom Hearts (don’t hate). But I am AWFUL at shooting games. Shortly after getting a PS4, Neal bought me Far Cry 3. I watched him play a little bit, dipping my toes in the water, before I started a game. I only put in half an hour before never touching it again. How bad was it? My first encounter was with boars . . . and instead of shooting them I panicked and killed them all with my knife. Major fail. Needless to say, I was apprehensive of trying Borderlands 2, but after much coaxing and promises of Raising Cane’s and ice cream Neal was finally able to convince me to give it a try.

Guys, this game is awesome to play couch co-op. I know I’m like nine years late to the party but be nice to me. It’s a no bones day. If you need a game to ease you into shooting, this is the one. It also helps to have your gamer husband there to show you the ropes, revive you as needed, and cover your back with excellent sniping skills. After about four hours of playing, I turned to Neal and said, “I could just waste hours and hours playing this game.” He just shrugged and said, “people do” before shooting another Psycho in the head from across the ridge. 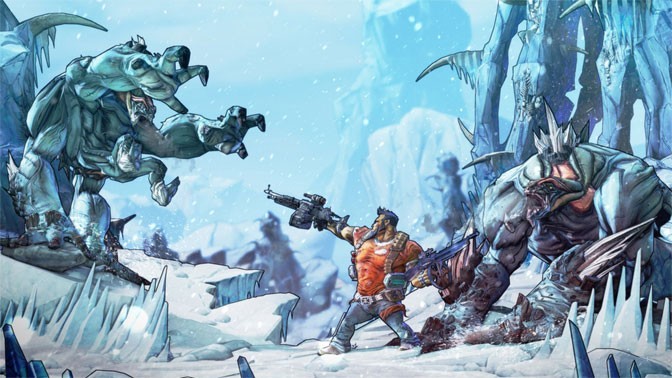 What I love most about the Borderlands 2 co-op is how forgiving it is. Yes, adding multiple players increases the number of enemies spawned and also makes them harder to kill, but that doesn’t offset the lovely revive ability. It also helps if your partner uploads their character that’s 15 levels above yours. This creates a perfect environment for people new to shooting games to learn the controls and perfect your aim without dying every ten seconds. The tongue-in-cheek, “I don’t take myself too seriously” attitude also helps. For some reason it is less stressful to play a shooting game with an obnoxious robot talking in a cheery, albeit too loud, voice than a serious warzone shooter.

After such a great experience playing couch co-op Borderlands 2, I have the itch, but I don’t want to go back to racing or fighting games. Racing is fine and all, but I don’t find it that engaging. Although during my research I did see a new(ish) Wipeout game. I’ll definitely be playing that due to the nostalgia factor. I don’t think I’ll ever get the hang of fighting games. You may have heard Neal talk about my “experience” playing Super Smash Bros. with him and Vincent. Spoiler alert, it involves a lot of falling off the platforms and very little actually doing damage. 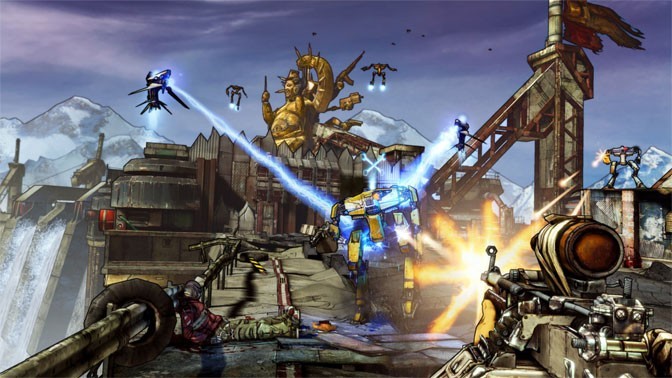 Of course, there is also the rest of the Borderlands collection. Some other promising titles include Divinity: Original Sin 1 and 2, Outward, and Diablo III. I may even take a crack at some of the co-op Resident Evil games if I can convince Neal to tolerate my screaming at all the jump scares. But that’s a story for a different time.

If you think this list looks slim, it’s not because I’m picky. During my research I heard other gamers lament the lack of options in this genre for couch co-op games. Like me, these players are reminiscent about their days growing up and playing split screen with friends and family. For the past 10+ years we are getting an average of 1-2 game releases per year that take advantage of the split screen co-op feature. The majority of the co-op games that look interesting are RPG dungeon crawlers. Like I said earlier, I like this style of game play. I was just really looking forward to more games like Borderlands. 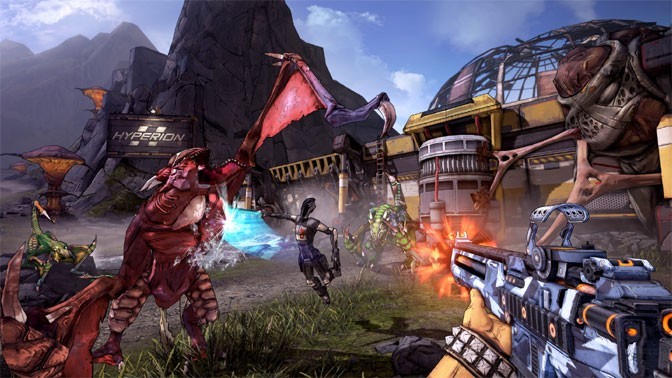 Unfortunately, it looks like if I want to extend to other co-op first-person shooter games I’ll have to stick to Call of Duty. Let me know if I missed any good co-op games in the comments!

One thought on “The Beautiful Revenge of Couch Co-op”