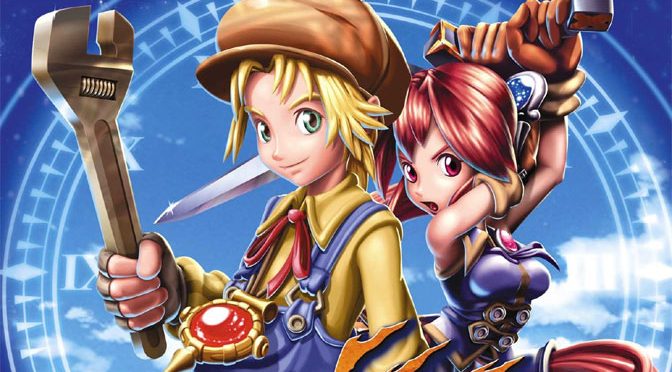 Hello readers, welcome to our live rendition of 28 Weeks Later, Doomsday or, in the case of trying to buy toilet paper at the nearest Wal-Mart, Mad Max: Beyond Thunderdome. It has been over the course of these last few weeks that I realized how much I can loathe people. I swear, half of the people I have come across would be the selfish jerk to hide a zombie bite. Now, I am in no way advocating that we check people for infection and, if suspicious enough, put them down like Ol’ Yeller but…

What was I talking about?

Oh, how I have had time to reflect on the quality of role-playing games during the largest version of “everyone has cooties but me” that I have ever witnessed. While I call Ripley’s, I want everyone to take a moment to think if the quality of RPG’s have gone downhill. In fact, think about some of the ones you enjoyed playing and what made them special. For me, it was Dark Cloud 2 on the PS2. I thought about how much of a gem that game was while slogging my way through Hero Must Die…Again (review posed in near future). HMDA was essentially a post credit scene on a time crunch and made me miss everything about a good RPG.

Dark Cloud 2 had an exciting story with interesting, not too cringey characters to couple with a really well-done open world of gameplay. Also, the weapon upgrade system and town building blended seamlessly with the game and story instead of pulling away from it. Dark Cloud 2 was the type of game that made you want to sink hours upon hours into the game. Final Fantasy, for all of its flaws and cringey characters, did a great job of making you want to keep playing and complete the story. Elder Scrolls and Fallout may lack in story, but have beautiful open worlds and freedom to play at your own pace.

I know I’m probably being over dramatic, but I wonder if the golden age of RPG’s has kind of passed us. Maybe it’s melancholy after watching bare knuckle boxing for disinfecting wipes that has made me less optimistic about the future. Think about it, between 1997-2002 we had some of the following RPG’s released: Final Fantasy (VII-X), Legend of Dragoon, Dark Cloud 2, Diablo and System Shock 2. Many of these have made a large impact on gaming culture as evidenced by the Final Fantasy VII fan base and how Diablo and System Shock grew into large franchises.

[amazon asin=B00006Z7HR&text=You can still get a copy of Dark Cloud 2 from Amazon, but you will probably pay more than when the classic game was new!]

It makes me sad that the most hyped up RPG is a remake of a 90’s RPG. Hopefully we don’t enter movie territory where we constantly have remakes and three thousand sequels no one wanted *cough* looking at you Assassin’s Creed *Cough*. I feel like the modern RPG has a shallow story, annoying characters and are afraid to challenge gamers.

I had so much hope for Lost Odyssey when it came out, but was left disappointed. It was long and the story was adequate, but there was not enough of a challenge to keep me engaged. To be fair, HMDA really came at a bad time, and it is not a great quarantine game. Seriously, it makes me want to find a PS2 emulator to play Dark Cloud 2 in order to regain what shred of sanity I have left.

Whatever RPG you choose to keep you company in your coronavirus bunker, I hope all of you stay safe. I’d love to hear your comments on how your quarantine is going, and what games you brought along for the ride. Perhaps you can give me a suggestion on something that can hold up to the long hours of lockdown.

Be safe. And remember, always, ALWAYS, tell someone when you get bit by a zombie.