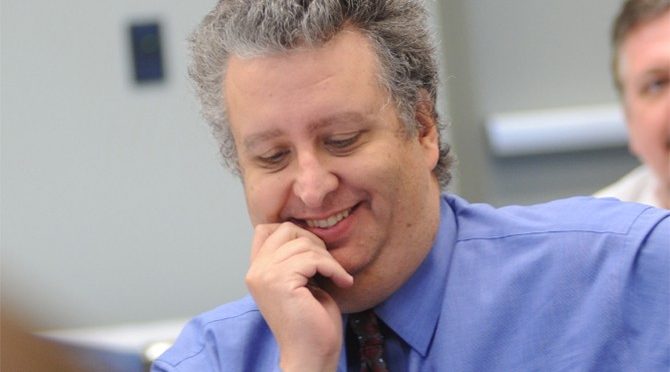 It is with incredible sadness that we must report on the death of our wonderful friend and longtime GiN Features Editor, Greg Crowe.

Greg was an amazing person. Everyone who was fortunate enough to know him, work with him or especially play games with him knew how effortlessly he could make everyone in the room feel like they didn’t have a care in the world. No matter how dark life got, spending a few minutes with Greg was bound to cheer you up.

We called Greg the King of Games, and for good reason. Greg loved playing games, especially board games, and anyone who knew Greg for any length of time probably has a long list of titles that he personally introduced to them. For me, it was lots of titles that are now classics like Carcassonne, Settlers of Catan, Titan the Arena and even Talisman. It was also some more obscure games that were nonetheless amazing to play like Torres, Forbidden Island, Diamant, Elixir, Aladdin’s Dragons, Taj Mahal, Medici and The Great Brain Robbery. There are literally hundreds of others that I am so grateful that Greg brought to my attention.

So, here is the thing about Greg and gaming. Most people who I know that are into games do it because, at least on some level, they are highly competitive. I know I am. But Greg was not like that. Sure, he often won the games we played, but he never gloated about it. In fact, he would often talk with you after the game and give you some great pointers about how to improve your gameplay next time. When you did beat him, he was genuinely happy for you, without a hint of ire over the loss.

Instead of competition, I believe Greg was motivated by the fellowship of games. He loved bringing people together, cracking open a couple bags of potato chips and pretzels, loading up on soda, pizza and candy, and making an evening out of playing some of the amazing games he always had stuffed into his oversize duffel bag. That bag was at least 40 pounds, and we used to say he was like Gandalf from Lord of the Rings, pulling out fireworks and other goodies from his bag for us hobbits to play with.

Greg also role-played a lot. For over two decades he was an honored guest at our weekly pen and paper roleplaying game. Greg would almost always play a healer type character, normally one who served a lawful good god like Moradin. Just like he was in real life, Greg’s characters delighted in helping others, and his favorite tricks were to buff everyone so that they could really shine – and of course rush in after the fray to patch everyone back up.

In terms of video games, Greg tended towards role-playing and puzzle titles. For role-playing games, he founded our guild in Lord of the Rings Online, and led us as his wacky trickster hobbit thief Tongo into countless battles against the forces of evil. We probably covered a thousand miles of Middle Earth on horseback (and goat-back) together as a fellowship. Greg made sure that the Keepers of the Red Book made a name for themselves while fighting the good fight.

Greg also shined at puzzle games, probably because he was a true genius. I don’t know what his IQ actually was, but I’m sure it was in the high genius range. He was almost always the smartest person in the room, no matter how big that room happened to be. I remember playing games like The Seventh Guest and The Eleventh Hour with him and being truly amazed as he solved cryptology puzzles in his head – in just a few seconds in most cases. These were puzzles that would have taken most people hours to solve using pen and paper, but Greg could do them in his head like it was nothing. Even though he always played it off like it was no big deal, I was always in awe of his abilities.

When Riven, the sequel to the Myst puzzle game, was released, we all got together to play what was supposed to be one of the most challenging titles ever made. Greg solved it in just over four hours. I would like to say I helped, but really, it was his victory. I was just happy he let me be a part of it by bringing him plenty of sodas.

Rounding out the amazing human being that Greg was, he was also a talented actor. I got to see him perform in several plays over the years, and nearly fell off my chair when I saw him on television as a character on the HBO comedy Veep. He had lots of other great roles too, including doing a scene with Bette Midler and Judith Light in The Politician and playing a dabbing vice principal in the movie Life in Eighth Grade.

Like everything else in his life, Greg put his own spin on his acting, something he clearly loved doing. Try not to smile too hard when you watch his rendition of Imagine Dabbing, which he made to celebrate both the birthday of John Lennon and the fact that Life in Eighth Grade was going to Blu-ray.

Like with most of us, this past year was difficult on Greg. Not being able to get together for in-person gaming was hard for him, though he still sometimes met with friends remotely for games.

And then one of Greg’s best friends in the entire world, Nate Wooley, died in November after a long battle with cancer. I too was good friends with Nate, and Greg and I cried a lot trying to come to grips with the loss. Losing Greg too makes me feel like I have a giant black hole in my heart. My only comfort is knowing that they are together somewhere now playing lots of games. I know that like I know the sun will rise tomorrow. So I know neither of them is lonely.

I never met anyone like Greg before, and I know I will never come across anyone like him again. But I am blessed beyond belief that he came into my life, and that I got so many amazing years with him. He was one of those rare people who left this world a brighter and a better place, and I promise to try and live by his example and be a better person too.

Goodbye, my amazing friend. Please keep my place at the gaming table until the day when I see you again. And thanks for being such a bright spot in my life.

9 thoughts on “In Loving Memory: Greg Crowe, King of Games”