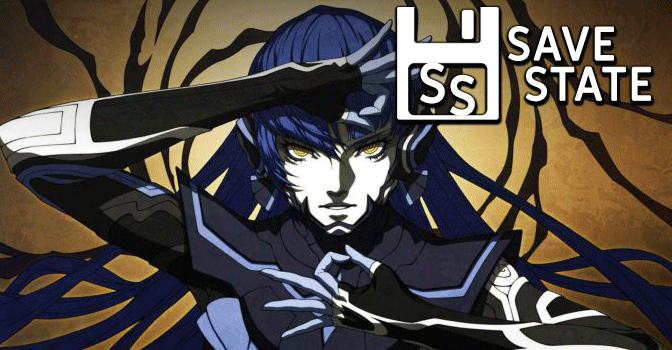 Welcome to Save State, where we’ve done nothing but talk about Metroid and Castlevania games for what feels like forever, so now we’re going back to our roots with more overlooked or obscure games. After losing what feels like a week of my life obsessively playing this game every day after work, I feel it might be a good idea to talk about what makes this game so unique and addicting. On the surface, Shin Megami Tensei V might look like any other turn-based RPG with monster collection, but that conclusion couldn’t be further from the truth. 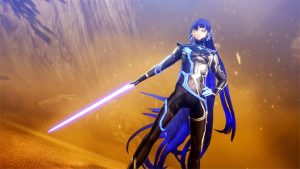 Shin Megami Tensei V is the fifth main series entry in an incredibly long-running series of turn based RPGs from Atlus, spawning some of my favorite games of all time like Shin Megami Tensei III: Nocturne, as well as the spin offs Devil Survivor, Digital Devil Saga, and Strange Journey. By this point, most players are aware of Atlus’s Persona series, but Shin Megami Tensei has always, first and foremost, been a series of dungeon crawlers. There’s generally an impressive emphasis on challenging and strategic turn based combat, as well as a story gods, demons, how the lines blur between each group, and humanity caught in the middle. Though, of course, Shin Megami Tensei usually has less of a focus on story than a lot of its contemporaries, preferring to focus on gameplay and mechanics to create your perfect demon team.

At first glance, the demons you control in Shin Megami Tensei V may seem similar to other collectible monster games like Digimon or Pokemon, but you’re given even greater control over what your team brings to the table in every battle. You control the protagonist, a Nahobino, in each battle as well as up to three demons you can recruit or fuse from other demons. Your demons make up the remaining 3/4ths of your fighting force and have an equivalent number of skill slots to your protagonist, so fine-tuning what your demons bring to the table not only gives you the greatest strategic advantage, but is also outrageously addicting. Similar to how you can customize your demons, you also gain the flexibility to assign a skill point to the protagonist on each level up, so you can make him specialize in physical or magic attacks, or even do something wacky like specialize him in luck so he has the highest chance of getting critical hits or inflicting status ailments on enemies- the choice is yours. 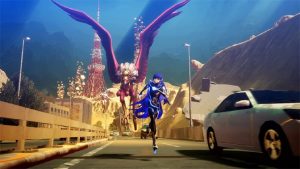 Demons range from creatures in both eastern and western folklore, such as pixies, succubi, and shiisaa beasts, and later in the game you’ll be battling against gods from all different forms of mythology. Progression in Shin Megami Tensei V is an improvement on previous SMT games as a whole, and wildly different from things like Pokemon or Digimon, which are games the series would normally be compared. In Pokemon, you beat wild Pokemon to low health, catch them, and then can use and raise them throughout the entire game, and in (most) Digimon games you normally need to evolve and then devolve your favorite Digimon to increase its growth potential and reach new, interesting forms.

In Shin Megami Tensei, the creature progression is from fusing two demons together to form a new being, and carrying over kills from the previous demons into the new one. You can talk to demons to convince them to join you, but as you progress the protagonist’s miracles, you’ll likely discover that demons you fuse, yourself, will have massively improved stats when compared to demons you negotiate into joining your cause. However, you’ll always need fusion fodder, so you’ll be doing a large amount of negotiating and fusing as you progress through the game.

The demon raising mechanics flow well with Shin Megami Tensei V’s exploration, as well. The maps of V are basically large dungeons taking place in a post-apocalyptic Tokyo, where there are tons of main paths for the player to explore. Every inch of each area, of which there are four major locations plus several dungeons, are covered with new demons to acquire, side quests to complete, and treasure chests to open that may have expensive items or even demon essences in them. 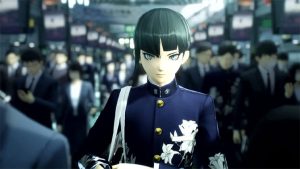 Demon essences can be acquired from exploring, as rewards from side quests, or given to you as a random gift by leveling up a particular demon. Demon essences are super important because they’re effectively consumables that transfer that demon’s skills to your protagonist or any other demon, and allows you to completely customize your team without having to constantly re-fuse your favorite demons. Imagine if TMs in Pokemon allowed you to transfer any move a Dratini would learn onto your Charmander. This level of flexibility kept me rampantly fiending for new essences throughout the entire game, causing me to obsessively explore every inch of every map in the game. Thankfully, there’s a large number of save points throughout the world, and players can teleport to and from any save point that they activated, previously, which makes getting around to complete side quests a much easier affair than the terminals of Shin Megami Tensei IV which were much more spread out.

While exploring the maps, you will also come across forgetful little beings known as Miman, and returning them to their owner/employer will give you huge bonuses for every 10 you find, including batches of Balms that just outright boost the player’s stats. The environmental design of V is probably among the best Atlus has done in years, utilizing verticality and passages well even in open-ended map design. Even the locations I didn’t like did not overstay their welcome to the point where I loathed doing a second playthrough of the game (looking at you, cruise ship and space station in Persona 5). Similar to the excellent maps the player will traverse, the combat in Shin Megami Tensei V is also fantastic, foregoing the smirk mechanic from IV entirely and focusing on the Press Turn system’s fundamentals. 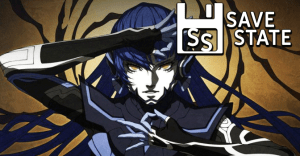 The combat in Shin Megami Tensei V is the same Press Turn system you would have seen from previous Shin Megami Tensei games. For those unaware, in Shin Megami Tensei V, you start off each turn in battle with up to four actions you can take (one for each character on your side. If one of your demons dies, you start off the next turn with only three actions, for example), but if you strike an enemy’s weakness or get a critical hit, you gain a bonus Press Turn, effectively giving you up to eight actions a turn instead of just four. Missing or using an element that an enemy nullifies will cost you two whole actions, and if you use an attack that an enemy drains or reflects, your turn will likely just outright end. The same goes for enemies, though, which means that bringing a wind-weak demon into a wind-focused boss will typically wind up in giving the boss free actions they can use to absolutely slaughter your party.

Knowledge of enemy strengths and weaknesses plus careful use of buffs, debuffs, and passives are vital to success in all of Shin Megami Tensei, and the fifth game in the franchise is no different. Players on Casual or Normal will likely be able to work their way through V without so much as casting a single Luster Cander or Debilitate, but playing on Hard will reveal how useful status effects and buffs are for the player. If you elect to play on Hard difficulty, know that the auto battle function may as well not exist for you, and save often because practically any misstep means you’re going to be reloading from your last save point (that’s right, no reload from right before a failed battle. This ain’t Xenoblade). 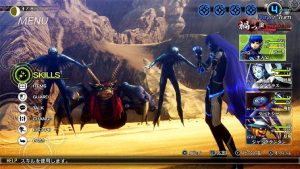 Shin Megami Tensei V is an incredibly addicting game, especially if fusing demon after demon to see what you get next is something up your alley. Being able to use essences and consumables to further boost the strength of your fighting party is a fantastic gameplay hook. You can use that starting Pixie all the way through the game, if you so desired, but generally for most of the game you’ll fuse demons away to get stronger ones closer to your level (as the demons you recruit and fuse cannot be higher than the protagonist’s level), and levels really matter in Shin Megami Tensei V, especially on the harder difficulties.

I didn’t spend much time talking about the story of Shin Megami Tensei V, and that’s largely because I found it to be window dressing. There are events that occur which are pretty neat, but a lot of the developments act as if we’re supposed to have some bond with characters we may have only met in a cutscene once before some major event occurs, and I found that as an area that needed improvement. The story beats are pretty concise, though, so even if the story doesn’t pull you in, it’s pretty easy to hop right back into the gameplay as more story events are right to the point.

That being said, if an excellent turn-based RPG with loads of collecting elements is up your alley, you could do no better than Shin Megami Tensei V. If you’ve already checked this game out, be sure to leave a comment talking about what you did and did not like, too. With that, though, I think we can call this edition of Save State closed. Join us next time when I spend the next two weeks not updating Brilliant Diamond so I can freely clone everything in that game.