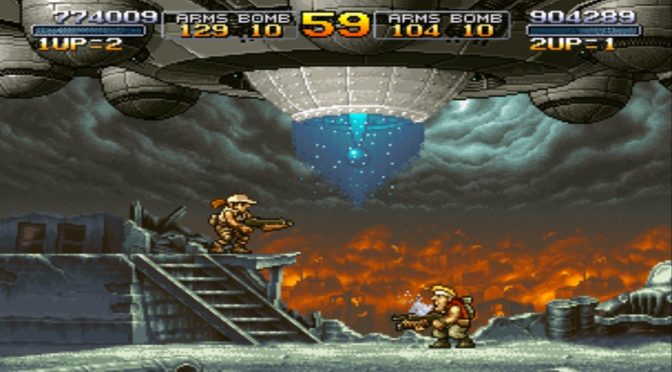 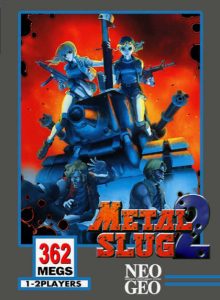 Hey all I’m back with the sequel to the game I covered last time for this week’s Retro Game Friday. It’s Metal Slug 2!

Plot: The plot is pretty much a direct continuation of the nonesense that was the first game’s plot. With Rossi and Roving once again sent against a group aiming at world domination. Honestly it’s so stereotypical that it’s nothing really noteworthy.

Gameplay: The gameplay is pretty much the same, though the game was updated to allow 4 players instead of just 2 and two new female characters, Kasamoto and Germi, and there a couple new support type NPCs that pop up in levels.

Art: The art is still great even after all these years, but that’s mainly down to the nature of the 2D animation and style instead of 3D that was gaining a ton of use when the game was first released in ’98.

Music: Sadly as I played this in the arcade I didn’t get the chance to really hear the music of the game.