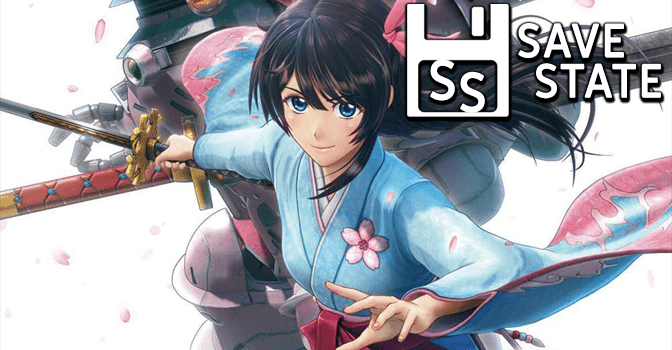 Welcome to Save State, where our wars have Sakura. Continuing the process of playing a variety of visual novels, I was reorganizing my living room to make room for an air mattress when a copy of Sakura Wars for the PS4 fell out of the couch. I don’t even recall purchasing this game- I remember playing Sakura Wars: So Long, My Love for the Wii and I vaguely remember enjoying it, but I couldn’t tell you why because it’s been 12 years since that game released in North America. It was an interesting title- marrying visual novel, dating-sim style elements to turn based strategy gameplay that was pretty refreshing at its time. It’s been a very long time since I had checked out a Sakura Wars game, so I figured it was time for a nice revisit. 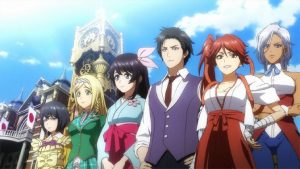 New Sakura Wars was released in 2019 for the PlayStation 4, and takes place around 12 years after the conclusion of Sakura Wars: So Long, My Love. A world threatened by demons resulted in the need for new weaponry: Steam powered combat armor driven by young pilots of Combat Revues from around the world. 10 years before the start of the story, the Great Demon War devastated the world and resulted in those pilots going missing. As Seijuro Kamiyama, you’re tasked with leading the underperforming Floral Division of the Tokyo Combat Revue, not only by defeating demons and protecting the citizens, but also by ushering in a new age of glory for the Imperial Theater.

If you could tell, Sakura Wars has a very Japanese premise- demons roam the world, but the only way to stop them is to pilot giant robots and also put on impressive stage plays to warm the hearts of the citizenry. Gameplay in Sakura Wars is largely segregated into two separate components- visual novel segments and combat segments. Seijuro is given a wide variety of tasks and obstacles to overcome, and you’ll wind up wandering all over the Imperial Theater and Tokyo just to solve a good number of them. At many opportunities players will be presented with choices they need to answer, and are on a timer while they do so. 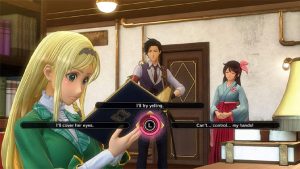 The visual novel section of New Sakura Wars should sound relatively familiar outside of being given a time limit on your replies, and how you respond to the various characters in the game will determine how much the heroines and other characters like Seijuro, and can ultimately wind up determining which ending and side content you get to see. The meat of Sakura Wars really isn’t the story itself, as that’s mostly standard and cliché- what really sets the Sakura Wars series apart is in the interactions you have with the various heroines, their stories and resolutions. New Sakura Wars is no slouch in this respect, and honestly holds the banner well even after a (very) long absence.

The characters of Sakura Wars are as varied as they are interesting, which is why their development throughout the game is compelling. The main heroines are a pretty eclectic group, with Sakura filling the role of the ambitious childhood friend, Hatsuho being the impetuous shrine maiden, Clarissa as the reserved bookworm, Anastasia as the mysterious top-shelf actress, and Azami as… the ninja. Getting to know all of these characters, their motivations, and building up their trust is one of the most important core elements of New Sakura Wars, and why giving the correct choices throughout the game is so important. 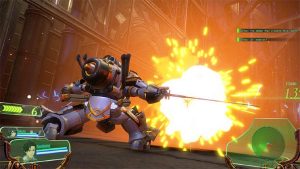 Some characters from the very first Sakura Wars game are actually in this entry, and the Imperial Theater you’re tasked with restoring to its former glory is, to my understanding, from back then too, just now as an environment you can fully explore (I have only played the games that released in English, for I am a troglodyte). New Sakura Wars may rely on the old games a little too much for longtime fans, but for those of us who have only played the officially localized games, I don’t know a Sumire Kanzaki from a hole in the wall, and it’s important to note that the callbacks aren’t necessary in order to understand the goings on.

The combat in Sakura Wars for PS4 is actually nothing like the previous game in the series I had played. So Long, My Love had turn based strategy combat more akin to Valkyria Chronicles and Future Tactics, where you could freely move your units without being restricted to a grid in order to line up your attacks, routing enemies and defending specific points as the missions called for it. In the new Sakura Wars, the combat gameplay was completely reinvented, becoming very similar in execution to a game like Dynasty or Hyrule Warriors. 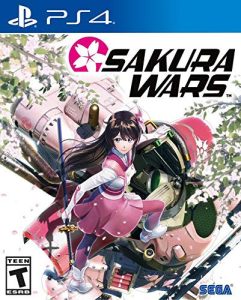 During combat sections, players will control large mechs and zip across battle arenas, dishing out damage using a combination of light and heavy combo strings to perform different finishers. By defeating enemies and picking up crystals you can fuel your special gauge, which you can spend to deal a considerable amount of damage to either clear out enemies or substantially reduce a boss health bar. Beyond the attacks, you also have access to a dash to speedily make your way from one encounter to the next, and a dodge that, if timed perfectly, will slow time and allow for big openings to clear out swaths of foes.

The combat isn’t exactly going to blow you away if you’re looking for an action-filled beat ‘em up game. New Sakura Wars is considerably more visual novel than it is action. The visual novel segments actually can have an impact on the combat sections, as unlocking higher and higher trust values with the heroines will provide bonuses during combat to help you clear out foes and acquire S ranks even more quickly. For the most part, that’s what you’ll be doing, as the combat isn’t exactly super challenging or overly difficult. If you’re playing for the visual novel segments, don’t worry, you’re not going to be faced with Bayonetta Infinite Climax levels of challenge; most players should be able to S-rank combat stages on the first try without much difficulty. 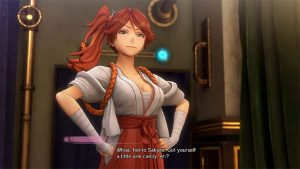 The graphics of Sakura Wars is an interesting spectacle- the development team very clearly tried to capture a 3D anime aesthetic and absolutely nailed it in presentation, like animations and things of that nature. Some animations may look a little unnatural, but for the most part they did an excellent job with the visuals, and really bring Tite Kubo’s drawings to life (yes, the guy who made Bleach). The more dynamic cinematography of New Sakura Wars helps you better get an appreciation of the characters, as they’ll animate vividly during conversations, which is something that would have been missed had they game used anime character portraits on-screen, instead.

The soundtrack is similarly fantastic, with bright usage of wind and string instruments in a variety of passionate, contemporary pieces that sell the events of this game in a unique union of Japanese and Western musical themes. When events call for a more muted, melancholic tone, that’s also conveyed strongly through the music. What I’m saying is that the soundtrack is great, definitely pay attention to the music as you play, you won’t be disappointed. 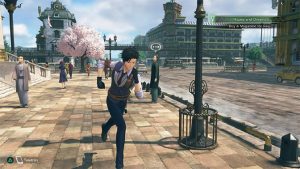 New Sakura Wars is largely successful at reintroducing everyone to what the series is really about, at its core, which is important for a series that lost its primary developer and was largely gone from public eye for a decade. More varied environments for combat encounters would have been appreciated, and they do actually improve on that and visual spectacle toward the end of the game, but by the time it occurs the player may just feel like it’s too late. New Sakura Wars is just as relaxing and enjoyable as So Long, My Love was on the Wii, and while it’s not exactly the greatest visual novel or combat experience to date, it does just enough differently that it winds up being a pretty positive experience.

Of course, being only $20 doesn’t hurt either. 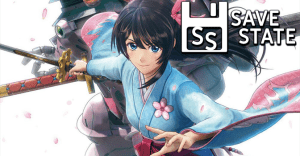 With that said, we’re going to save this edition of Save State to the memory card, please don’t turn off the power. Join us again in two weeks’ time when I will inevitably find some other overlooked, niche game to talk about for more paragraphs than I should. Until next time!