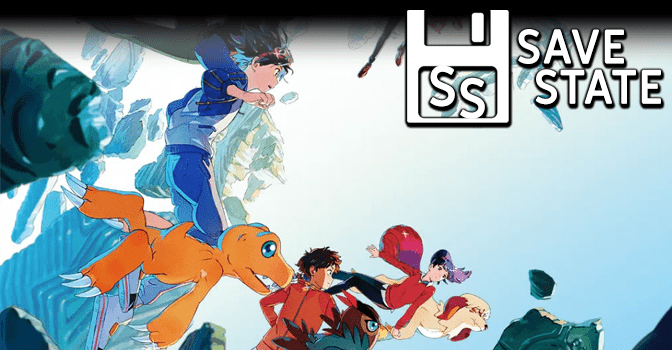 Welcome to Save State, where we will survive, as long as we know how to love, I know we’ll stay alive. (That’s a reference back to those days of disco in case you are young and lost.)  Over the last couple of weeks, a lot of big games released for fans of storied franchises, with Digimon Survive and Xenoblade Chronicles 3 releasing one day after the other. Despite being fully wrapped up in the world of Xenoblade’s Aionios, I also made some time to play with the digital champions of Digimon Survive. 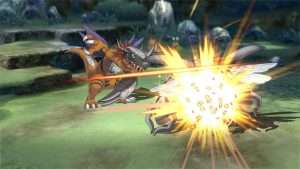 Digimon Survive is, first and foremost, a visual novel. When initially downloading the game, I was under the misconception that Survive was mostly a turn-based strategy game due to its combat, but that idea was considerably off the mark. The combat is turn-based strategy, so it’s not like I was entirely off base, but you spend considerably more time in the visual novel portions of the game than you do any particular combat encounter. The Final Fantasy Tactics-esque gameplay is more a treat to break up story segments or highlight particularly dangerous story developments, giving the player active involvement in the proceedings.

Digimon Survive is close in execution to the Utawarerumono series, or another game talked about in this very column, 13 Sentinels: Aegis Rim. Since the focus is on storytelling rather than the overly excessive grinding that Digimon video games have come to be known for, that means the crux of whether or not you’ll enjoy Survive is primarily based on how much you can enjoy grim anime stories with child protagonists. If you’re an anime fan, this is just another Tuesday night for Shia LaBeouf, but those who hate anime in all forms probably should have been able to tell by the promotional artwork that Digimon Survive won’t be their kind of game. The protagonists get drawn into a world full of titanic creatures that are more than capable of tearing them apart – that’s largely the inspiration behind why the game is called Survive. 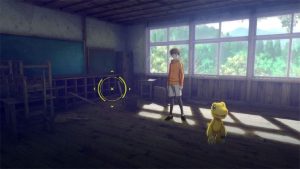 The main cast is largely comprised of a group of students. Similar to how the first season of the Digimon Adventures anime began, groups of school students congregate together in the countryside for a big school trip. You’ll have some time to get used to the group’s personalities, such as the popular model student, the prankster, and the brooding introvert, before the group is isekai’d right into the digital world. I will take this moment to say, quickly, that Isekai gets a bad rap: we were enjoying stories like Digimon and Inuyasha long before it became the genre of every other light novel release.

The beginning of their adventure, once it takes off, is extremely promising, though you do run into some fun situations where multiple characters pontificate loudly that they’re no longer on earth… a conclusion that both the player and the protagonist thought up an hour or two prior. Survive exposes you to some high stakes situations where the protagonist needs to make a choice, and sometimes those choices will be the determinant factor in who sees the end of the game and who does not. It’s those moments of the game where Digimon Survive is at its best. 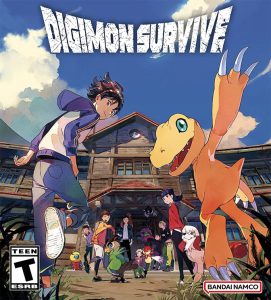 The cast of characters involve both humans and partner Digimon, and while quite a number of them are interesting, there are some you likely won’t miss should they be eaten and turned into a steaming pile of Sukamon. Many in the main cast are endearing enough that you’ll enjoy listening to their more deep-seated issues and help them overcome their trauma. This in turn can give them the highest survival chance as you progress through the game and unlock evolutions for their partner Digimon. Some of the villains also have their own backstories and reasons for doing things, but a lot of that is back-loaded and even if they have sad backstories… they’re still just trying to kill children, whatever their reasoning behind it is, so much of that came off as cookie cutter villain speak. 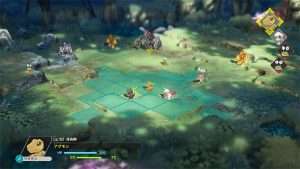 The gameplay of Digimon Survive is largely split into three sections: dialogue, exploration, and combat. In dialogue segments, you’ll converse with people, follow the story, and unwind the various plot threads of the game. Exploration affords you the freedom to wander around to find items, engage in skirmish battles to train and recruit Digimon, and interact with friendly characters to raise their affinity. At various moments you’ll also be given choices- many will affect your protagonist’s karma along with its branching story paths. Selecting the leftmost option is the choice associated with Morality, which will open up more opportunities for Vaccine type Digimon in your playthrough. Another option is Harmony, which gives you more Data Digimon, and the center option is Wrathful, which doesn’t sound right to type it like that, but gives you more Virus Digimon. This is the difference between evolving Agumon into the popular Greymon, Tyrannomon, or Tuskmon, just to give an example. 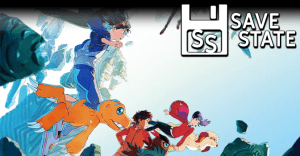 Seeing as the combat of Digimon Survive is turn-based, it can be compared to everything from Final Fantasy Tactics, Luminous Arc, Tactics Ogre: Knights of Lodis, and many more. Your Digimon will take turns moving across the battlefield in order to attack, getting bonus damage if you can hit opponents in the back or sides. You have an SP stat that’s consumed by evolving your Digimon and using their powerful attacks, functioning effectively like MP in this game. Your Digimon can also be customized with crests or crystals with different effects, you can feed them to raise their stats, and control what your recruited free Digimon evolve into. 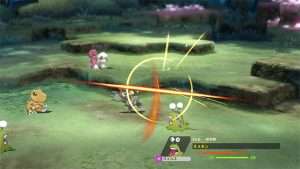 That being said, combat is maybe 30% of the game, compared to the visual novel segments which will take up much more of your play time. It’s fun to customize and recruit Digimon, but the story of Survive is actually kind of fun – akin to a tale of the first season of the Digimon anime, but what if there were consequences for being weak, stupid, or both? Sometimes characters lash out badly and die, but most can be saved by building enough trust with them (though, and I may be wrong on this, I’m pretty sure some are guaranteed to die in a fresh playthrough and can only be saved in a new game+). The various partner Digimon all have their own little personalities, and seeing your choices impact a story branch can make the events feel really interesting- even if the result isn’t what you had hoped for. 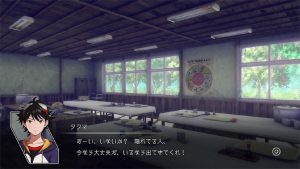 The main divergence points for the ending happen around 75% of the way through the game, rather than being a choice made right before the ending. This largely means you’re going to need to do additional playthroughs to see all the endings, rather than saving right before the choice and reloading. Playing in new game+ makes it easiest to reach a true ending and to see various story branches, so if you’re disappointed with the ending you managed to receive, hence the statement that it may be easiest to just start from the beginning with a lot of your progress from your previous run of the game. And who knows, you might save characters from death that you couldn’t before!

If you enjoy visual novels or Digimon, there’s little reason to pass on Digimon Survive. It’s a great game, featuring grim but simplistic storytelling and reasonably engaging combat. The visual novel elements might be too much for some, but this is easily one of the most enjoyable Digimon games I’ve ever played, as many of them have a forced grind that actually makes getting the Digimon I want unenjoyable (Digimon World 2 is a grinding simulator Skinner box). If you are okay with turn-based SRPG combat, or even if you mildly dislike it, Digimon Survive might be a fun time for you since the battles aren’t the big focus of the game, but if you don’t like visual novels or anime-style plot lines, you definitely shouldn’t pick up this game.