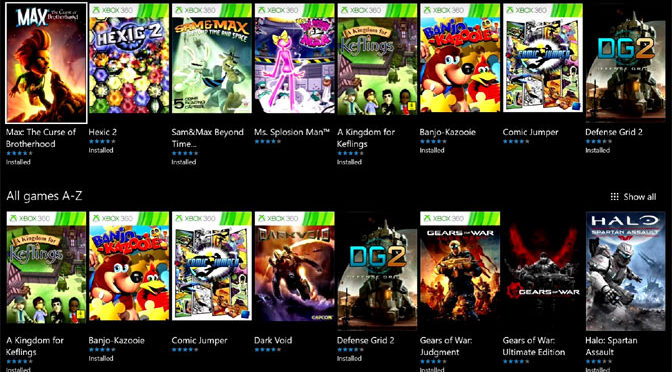 As I sit in front of my desk to write this column, I look over to my gaming bookshelf to consider what is there. I have the PS4 Pro standing upwards, which has been getting a lot of attention lately thanks to both Deus Ex: Mankind Divided Deluxe Edition (which I bought on sale for $30 to test out the PS4 Pro Enhanced features) and Horizon: Zero Dawn (which despite just starting the game off, I strongly recommend you all try it. Don’t know if it’s truly the Witcher 3 killer that everyone claims it is just yet though.) That console is 1 GB stock with no expansions as of now, and with all the games I installed (nearly 60 in total,) it’s down to about 300 GB.

And just to the right of that, I have my Xbox One S, the 500 GB model that I purchased last summer after moving to my new apartment. On top of it is a pair of 2 TB external hard drives. Yes, the total storage capacity of my Xbox One S is 4.5 TB, and you think I would be set for a while and not have to upgrade?

Lana is right. Currently my Xbox One S has 294 games installed on it, and the storage is 80.6 percent filled. I only have 790 GB of hard drive space left over. I figured that with this being the slow period, which is usually typical until after E3, I’d be safe.
And then…this happens.

Yup, Xbox Game Pass is announced. Basically, Microsoft is founding a digital gaming service that allows you to download upwards of 100 games each month for $10 per month. It almost sounds a bit like what EA is doing with EA Access, and as a yearly subscriber of EA Access about to renew my subscription, I can already tell you how great that service is. I have many of these games downloaded onto my Xbox One (aside from earlier versions of annual releases,) can purchase new games at 10 percent off, and best am all, am able to play the game for 10 hours or five days before the actual loss. It is a perfect way for me to test out the full game and see how it is. Well maybe not always, as I remember Battlefield Hardline only let me play the first chapter, the rest I didn’t play until it was placed in the Vault.

But I’m going off on a tangent here. This is not about EA Access, this is about Xbox Game Pass. Of course, the first thing I heard from those who didn’t even bother to do a hint of research was how this service was ripping off PlayStation Now, which is so far from the truth. If anything, this is more akin to the aforementioned EA Access. Instead of streaming games like you do in PS Now which means you’re at the mercy of your broadband connection in terms of image quality and more importantly, input lag, here the games are downloaded right to your Xbox. Games will be changed monthly, and during the month they are spotlighted, they can be bought at a discount.

This isn’t even just for first party Microsoft games. Developers such as 2K, Warner Bros., Deep Silver and Capcom all have games listed. Obviously Electronic Arts will stay exclusive to Access, but all in all this is not a bad lineup. Sadly, I am unable to test it out as only members of the Alpha Insider Program have access but I’m curious to see how it works out, and in the meantime I do have a few concerns that I have about the service.

First off, while the $10 a month price is an excellent deal in comparison to the $20 a month for streaming PlayStation Now, but I do hope that Microsoft takes another cue from EA Access. As I mentioned earlier I am paying $30 for an entire year, compared to the $5/month asking price. That means I get six months of Access for free. If Microsoft offered a yearly option, it would easily sell.

The other concern I have goes back to my initial discussion…hard drive size. Since we are dealing with both Xbox 360 AND Xbox One games, all of these downloads are going to put a dent on a person’s hard drive, and if you still have a stock 500 GB hard drive, you might want to start investing in at least a 2TB external. Either that, or expect to do a lot of deleting and downloading.

But in any event, between having to download or stream a game, I would gladly take the download any day. Yes, I may own a PS4 again, but I still have not touched PlayStation Now since my initial test a few years ago, and I plan to keep it that way. But I WILL give Xbox Game Pass a try. I just might have to look for a new hard drive first.

Maybe I’ll transfer all of the games on one of my 2TB externals to a new 4TB and then move that 2TB to the PS4 Pro once the “Boost Update” is released. That kills two birds with one stone.