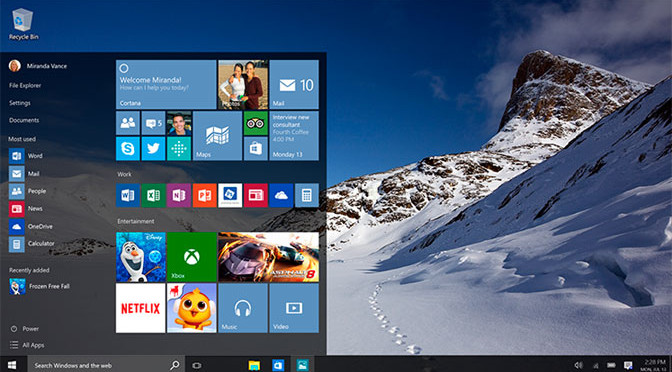 Since E3, this has been a topic I’ve been wanting to discuss, but as all of you have seen, other pressing matters got in the way. But now that they are done I can finally talk about what Microsoft announced at E3 and the way it almost turned the Xbox One completely around from its first plans.

And from what I’ve seen, it looks very promising.

We all know how the Xbox One was first announced. Constant internet connection, 24 hour mandatory check in, and an unknown method of trading in used games, all from the era of Don Mattrick. I was very critical of it during the unveil and at that E3. The $500 price tag was the last straw and after seeing the Sony conference I leaned completely towards the PS4.

So yes, all of you who think I’m an “Xbot,” I was leaning more towards buying a PS4 at launch, but after the backlash, Microsoft did the right thing by killing off the always online and check in, as well as allowing used games to be traded in. They even went as far as removing region lock, something I never thought would ever happen. (Get used to me saying that, because it’s going to happen more later.) Over time with what I saw exclusives wise in comparison to the PS4 (Killer Instinct, Forza 5 and Dead Rising 3 compared to Knack and Killzone: Shadow Fall,) I leaned more towards the Xbox One, and after playing KI at MAGFest, that sealed the deal for me.

Thankfully by then the stain of Don Mattrick had long passed, and since his successor, Phil Spencer took over, everything started turning for the better. Yet when I get on Facebook or YouTube, all of the gaming sites kept saying the same thing. DRM, 720p resolution, M$ buying this and that to screw us PS4 owners. Just look at the Mojang acquisition announcement if you don’t believe me. And when you get to other sites such as Neogaf, it increases exponentially.

But getting back on topic we’ve seen Microsoft add more features to the system on a monthly basis to make it a more competitive system: external media player (with DLNA support,) party chat improvements, seamless Twitch integration, and even a preview program (which I am a member of) to try out everything in advance to provide feedback.

Plus let’s not forget how the price is now $349, and that’s even including Halo: Master Chief Collection which despite all its issues is still a value in itself.

But there was one feature that I, as well as many others wanted more than everything, and at E3, Phil Spencer surprised us all with one simple announcement: Xbox One Backwards Compatibility. I never saw this coming at all, and wondered how they would stand up against PlayStation Now (which I already given my comments on.) But when Mike Ybarra said that “we will not charge you for the games you already own,” that shown how serious they are.

As a preview member, I tested out the backwards compatibility with a set of digital downloads I already owned (Perfect Dark Zero, Perfect Dark Classic, and Jetpac Reloaded for starters,) and all three ran like they did on the 360. In fact, it wasn’t until I tested some of the Xbox One exclusive features (screenshots, Game DVR, and streaming) that I realized I wasn’t playing on the 360.

(On a side note, I started today testing my first disc based BC title, Mass Effect, which actually downloads the game on my Xbox One instead of playing from the disc, but did not have enough time on it to tell if it runs the same way as on 360. I will provide a more detailed opinion once I get more time on the game, as well as other future BC ready games.)

But that was the start of things to come. We all knew Fallout 4 was coming out this holiday. But what they announced at Microsoft’s press event was another shocker. Not only will the game include a full download of Fallout 3 thanks to backwards compatibility, but the game will also support mods that are created on the PC version.

I didn’t see that coming either, but it got me wondering about how it can be done, and I think it’s because of something that comes out on Monday…Windows 10. We all know how Microsoft is planning to make Windows 10 a universal OS for all their devices: PCs, tablets, and smartphones, but we will also see it integrated into Xbox One. We are also seeing games that are on Xbox One such as KI being announced for PC, and even better, those who own the game on Xbox One will also own it on PC at no additional cost. Granted I will still play it more on X1 because of the limited GPU on my PC, it is still a great way to increase the game’s value

Then there is the DirectX 12 issue. We’ve heard a lot the last few months and the potential for DX12 is very promising. I’ve heard reports that it opens up all the of the X1’s CPU cores to developers. In fact, before writing this, I read an article about how Konami was able to bump up the resolution of PES 2016 from 720p to 1080p as a result of DX12. I will have to see it first hand, but if this is true, it will be a game changer that will hopefully stop the fanboy comments once and for all. (I doubt it though, because as a friend of mine always says at the end of his videos…fanboys don’t love their favorite system…they just hate yours.)

And finally, Xbox announced what they call a Game Preview program. What that does is it allows players to try out and purchase games as they are in development to test it out, and once the final release comes out, they already own it at the reduced price. PC gamers will be familiar with this as it closely resembles Steam Greenlight.

As you all know, I’ve been playing a lot of Elite Dangerous, which is one of the two games available for the program. The other being The Long Dark. So far my experience with Elite Dangerous has been pretty smooth. Sure there is the occasional crash but I expected that. It never reached the point of being unplayable, which I’m glad to see. Hopefully this will silence some detractors who don’t want to see this coming to consoles.

With the adding of mods, game previews, and DX12, as well as streaming your Xbox One games to your PC, it got me wondering if whether or not the Xbox One truly is turning into a gaming PC. If so then it shows how one console can take one form at launch (a supposed “all in one” television centric entertainment center) and turn it into another (a potential gaming PC running Windows 10.) We’ve seen how the PlayStation 3 turned around from its original launch into a competitive game system, and I’m pretty confident that the Xbox One is going to do the same thing. E3 2015 was just the start, now will Windows 10 continue the trend?

Oh and for those who still don’t think it’s turning into a PC, I forgot to mention one last thing announced today: native keyboard and mouse support.