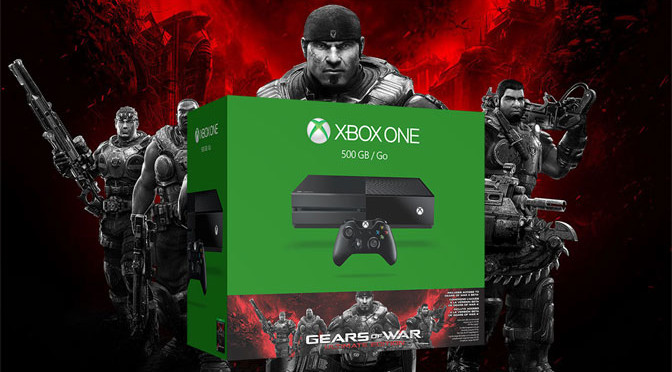 I know what you’re all thinking right now. How is it that you are now a sudden fan of bundling? I thought you went off on this a long time ago?

Allow me to explain, as there seems to be somewhat of a misconception of me regarding my dislike of bundles. When I say I dislike bundling, I am referring to bundles that are created by retailers in an attempt to milk more money from a consumer. These are the bundles that tend to come out when a new system is released. Who could forget when I wanted to get myself a Game Boy Advance, and retailers decided they weren’t going to let customers just buy the device itself? Instead, they wanted to offer special values which included accessories that nobody wants in order to hike the prices to out-of-reach status. I noticed that with all the new systems that came out since.

And then there was when I waited nearly 12 hours in line in front of Best Buy to get my hands on the Xbox 360. With only two hours left until the launch, blue shirts decided they were going to hand out pamphlets to force customers to purchase a console bundle, rather than just the system itself. Thankfully, they were not forcing said bundles, and allowed those in line to purchase what they wanted, but I still thought it was a crappy move.

But still, after getting my Xbox 360 there were still companies that were doing their hardest to bundle unnecessary junk upon desperate customers. Gamestop even had the audacity to unleash what was called an Omega Bundle, which included almost every game and accessory for the low cost of $2,000! And if that was not enough, another retailer thought it was a great idea to bundle a (then very expensive) plasma TV with a console.

Those are the examples of bundling that I am harshly critical of. The bundling that I’m talking about today are from Microsoft and Sony themselves, and from what I see they are offering, I am pleased with what they provide, mostly because they don’t spike the prices to exorbitant levels.

Let’s start with Sony’s bundles. For the longest time, in addition to the standard PlayStation 4 system, they have sold a Last of Us Remastered Bundle. At $400 this was the last PS4 system I purchased. There is also a Batman: Arkham Knight themed PS4 which includes the game valued at $400, and come September 15th there will also be a Destiny: Taken King themed white 500 GB PS4 including a Limited Edition of Destiny (including both expansion packs) with the Taken King expansion included. The bundle is available for pre-order on Amazon, Best Buy, and Gamestop for $400.

As for the Xbox One, there are a ton of bundles available right now, as well as for the future. To start off, right now the 500 GB Xbox One can be bought without the Kinect and a choice of either Assassin’s Creed IV and Unity, or with the Halo: Master Chief Collection. Both bundles are available for $349. In addition, an upcoming Gears of War: Ultimate Edition Bundle will be released as the same price, but the hidden value of this bundle comes in the form that preordered copies of GOW:UE will include backwards compatible versions of the entire Gears of War collection, that means GOW1, GOW2, GOW3, and GOW Judgment. Five games (well actually four and a half considering one is a remaster) for $350? How can that be topped?

I will get to that in a bit, but before that I need to mention other game bundles that are being released. A custom Forza Motorsport 6 1TB Xbox One console is on sale for $400, as well as a limited Edition Halo 5 Guardians 1TB Xbox One console including the game and extra DLC for $500, which I feel might be a bit too high compared to the other console bundles.

But perhaps the best values might come from what I refer to as the “EA Sports Access” Bundles. To coincide with both the releases of Madden 16 and FIFA 16, each bundle will include a copy of each game, either a 500 GB or 1 TB Xbox One Console, and either 3 months or 1 full year of EA Access. The bundle will cost $350 for the lower tier version all the way to $400 for the high end model, but with all the games that are available for the Vault games on EA Access, they alone more than cover the cost of the system alone. Think about it, with the exception of past Madden or FIFA games (not combined due to the bundle only having one game or the other) you are looking at over $500 just for the games. Whether you like EA or not, you cannot deny that this is value, and it is a bundle I can strongly recommend. In fact, I found the Madden 16 bundle at Best Buy already and even if you don’t like Madden (I know there are still a ton of 2K5 honks out there) I suggest you check it out.

Already we are seeing a ton of great values coming out, and for Xbox One or PlayStation 4 buyers this might be the best time to get a new system, especially as we get closer to the holiday season. This is one holiday I’ll be keeping a close eye on.

Waiting For: Gears of War Ultimate Edition (Xbox One)