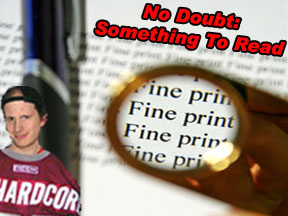 Band Hero was not a title I was interested in. When I checked out the song list, of the 65 songs that were available in the game, there were only five that I would be interested in playing that were original, meaning they were not in Rock Band or in DJ Hero.

And before anyone gives me any more hell about how I "don't have any taste in music" like what was said after my Guitar Hero 5 review, unlike in that game I actually know a majority of these songs. They just don't appeal to my personal taste.

Besides, I've been spending too much of my music/rhythm game time playing DJ Hero, which as you will see in my upcoming review, provides a much needed change in the genre, not to mention being insanely fun and having some amazing mixes in its soundtrack.

But still, Band Hero came out this week, and I know there are many people who are interested in the game. My GamerGeeks co-host in particular is looking forward to it, and I told her that if a copy comes my way, she had rights to it.

However, despite my dislike of the song list, something just came up this week that did catch my attention, even bringing up a bad case of dÃ©jÃ