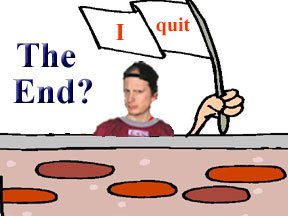 Final Fantasy Fever is back, thanks to the release of FF XIII for the PS3 and the 360. Of course, you all know my normal stance on the series, and the eventual defiance that will come from the thousands of fanboys that live and breathe on this series alone.

Since XIII’s launch, I’ve been noticing all of the reviews that the game is receiving. While most of them were positive (and most likely from all the sites that are paid off to give a good review,) it was my cohost who sent me a review from the Associated Press, where it scored a two out of four. Since then, I came across another negative review from Team Xbox and a slightly above average review from Wired magazine.

Now some people have complained that these are not serious game reviewers, but need I bring back IGN and the 9.0 Lasting Appeal they gave Halo 3: ODST?
Needless to say, my opinions (and yes that’s what they are, opinions) were not appreciated by many. But one that hit me in particular said that since I’m not a Final Fantasy fan, that I’m not a real gamer and I should quit altogether.

After I got that message, I did a lot of soul searching. The realization of the Final Fantasy series just hit me. Maybe I have been too harsh. Maybe there is something that I’m missing, something that brings the fanboys together?

The in depth battle system (which kicks in at every other step, preventing you from exploring…)

The tear-jerker moments (the opera scene in VI, Aeris’ death in VII, and "Eyes on Me" from VIII…)

And of course, the fans’ dedication (elaborate cosplay complete with Gunblades and six foot long Buster Swords, and God help me, all the X-rated artwork!)

Maybe I’ve been wrong all along. Final Fantasy does bring a lot of people together. It is a sacred franchise that should not be subjected to any form of criticism right now. Anyone who talks negative about it is considered a gaming pariah. Maybe it’s time for me to change my opinion of this series. Remember I was very critical of the first Xbox, and didn’t think it would be successful. Then I played Halo at LAN parties, bought my own Xbox, and was hooked, even more so with the success of Xbox Live.

How about the PlayStation 2? Again, I was against it, leaning more towards the Dreamcast. But eventually after I got a launch model and games started to come out, I was enjoying it a lot more. I even turned in favor of it as well. So maybe it’s time for me to change my stance on the FF series, or take that person’s advice.

After going over my options I decided that I should just give up gaming altogether. I am already in the process of selling my Xbox 360, and have informed my GiN staff that I am resigning from my position. Though I will miss recording with everyone, especially my GamerGeeks co-host Kelly, I cannot continue writing and podcasting if I am not a true gamer. The fans deserve better.

So with that…my tenure here at GIN is done…

Waiting for: Whatever I plan to do in the future…

Do you all really think I’m going to leave a position I love, just because I don’t like a series that many consider sacred? If so, you’re dead wrong. I’m a person who strongly believes in something we all have called the First Amendment. I’m allowed to speak on anything that I choose to, as long as it is not considered obscene, and my stance on the FF series is anything but obscene.

I feel that what I am saying about this series is nowhere near the level of some other reviewers out there. I’m sure the same fanboys went after Stuttering Craig from ScrewAttack when he rated EVERYONE from FF as #6 in their Top Wimps list*, as well as Noah "SpoonyOne" Antwiler for his epic anti-review of VIII. To add to the controversy, Spoony just started another review, ripping on Final Fantasy X. I’m also willing to bet that Yahtzee will also be getting a ton of hatemail when his eventual ripping of FF XIII comes out!

Don’t get me wrong, I am not completely anti-RPG. I am just not a fan of the series, especially its turn based gameplay where the enemies always get the first, most power attacks out before you get your first strike, and my RPG taste leans more towards the Western based RPGs such as Oblivion and Fallout 3 where I am able to control everything in real time without having to wait for cheap attacks such as Super Nova to take place.

Frustration with cheap attacks such as Super Nova, as well as not being able to skip past the extended FMV-like cutscenes is what drove me past the breaking point with the turn based combat of FF. I prefer my combat quick and efficient (something that is done in Earthbound, a classic that needs to be brought back!) or done in real-time as we seen in the previously mentioned Oblivion. I just favor that more.

Everyone has their own taste in games. That’s what makes us all unique. But when you force others to take your stance, that’s called conformity. Eventually we will lose our individuality, conform to the masses, and become like lemmings, one following another until we all fall to our death.

I’m not saying that everyone should not play FF XIII. That’s your decision, which I respect in a country that believes (most of the time) in the idea of free speech.

But still, understand that there are reviewers who are also against the series, and they have their own voice on the matter as well, and should not be forced to quit gaming because they don’t like a series. They are "real gamers" no matter what series they prefer. I don’t like Final Fantasy, but that doesn’t mean you don’t have to stop playing!

*The list is actually called the Top 10 P.A.B. list, but we are censoring what P.A.B. stands for.