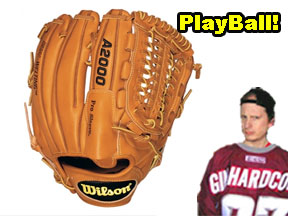 Baseball Season Begins With A Bang

I so enjoy this time of year. To think back when the 1994 strike took place and even cancelled the World Series, I said I never would want to get back into baseball ever again. And now I’m counting down to the start of Opening Day. I check MLB.COM almost every day, keep my television at work tuned to MLB Network almost all the time, watch preseason games via MLB.TV on my PS3 and phone, and more importantly, look forward to the new baseball games to grace our consoles.

The past two years, I played only one of the two games. In 2010 I only played MLB 2K10, due to not owning a PS3 at the time. I enjoyed it a lot, and it was a vast improvement over previous 2K baseball games. It wasn’t perfect, but it got the job done for me.

Last year, I got a PS3 and only played MLB 11: The Show. It was a return to the series I favored more for its authentic gameplay, its deep structure, and robust environments. I didn’t like what they did with Road to the Show because I prefer to go quickly through a game because I play as a catcher and want to do key plays instead of dealing with my pitcher constantly throwing balls.

I favored the My Player mode in 2K10 as a result, but wasn’t able to play 2K11.
But this year, it’s a different story. I have the luxury of playing BOTH serieses for review. On one side, I’m testing out MLB 12: The Show, and from what I’ve played so far, it is the same series that at first frustrates me, but eventually wins me over, especially in the hitting game. It has always been my choice for when I want to play a Franchise mode and work my way over several seasons.

The other huge factor I’m adding to the Show review is it’s going to be a double review. Not only will I be reviewing the game for the PlayStation 3, but also for the PlayStation Vita. With the Vita’s titles offering cross platform play (as we’ve seen in Wipeout 2048) I was curious to see how my Franchise would translate on the small screen. Not giving any spoilers away, I am pleased with the results, and we’ll have to see how it affects the final review.

On the other hand, I am also reviewing MLB 2K12. As I said earlier, my experience with 2K10 was a pleasant one. It had its issues but was a very enjoyable baseball game. The pitching system is still one of a kind, although still a little too touchy for my tastes, and it always provides a good challenge. I could say the same thing about the Pulse Pitching in The Show, but I’ll save that for the review.

For batting, I’ve always favored 2K12 as it’s more accessible, and more likely to receive balls and walks without even making an adjustment on the AI sliders. But what I enjoyed more in the game was the My Player mode, which I actually like more than I do on 2K’s NBA series. It’s much more lenient and accessible, and doesn’t criticize you for the slightest mistake.

And lastly, there’s that amazing MLB Today mode that keeps track of the real season, and allows you to play a full season as it takes place. It’s well worth playing just for that.

With the season starting next week, I will be posting both reviews up, and in the end will decide on which baseball game comes out on top. Now, if you’ll excuse me. I’m going to watch some Spring Training on my new Xbox 360 MLB.TV app…