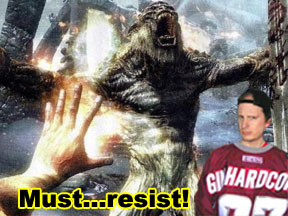 Once again I’m going to say what all of you know I repeat over and over again: I don’t like RPGs. The truth is actually that it’s the more standard RPGs that I cannot get into, and yes, I know there are those of you out there that would be surprised that I actually went through a bit of Final Fantasy XIII, but in the end, I just fizzled out due to sheer boredom. I’m sorry people, I just don’t get them. I don’t like going through menu after menu of commands, waiting for my characters to perform their actions, only to end up being ambushed by monsters with their cheapest spells until I end up dead.

Thankfully, times are changing, as now I’m enjoying the FPS/RPG hybrid model which is so popular. Even though I’ve played excellent hybrids like this before, Ultima Underworld and both System Shock games easily come to mind, it was the work that Bethesda Softworks has done in this field over the past few years that ends up ruining many a holiday rush season. All I want to do is play them, to the detriment of everything else.

Granted, Oblivion did come out the spring of 2006, so I didn’t have to worry about having to balance it with other holiday releases, but when Fallout 3 came out in late October 2008, then I knew I had to push other games out of the way to play it, and it was the game that stayed in my 360’s drive tray for two weeks straight. As for Fallout: New Vegas, I lucked out on that one because I purchased it near Christmas, after all the AAA titles of 2010 were already out. But in the end I didn’t really care as much for New Vegas as well as I did Fallout 3 and Oblivion. Maybe it was because the game was done by Obsidian rather than Bethesda themselves (and I still had the nasty aftertaste of Alpha Protocol in my mouth.)

But now we have the latest Elder Scrolls title, Skyrim. I was worried about the launch date of 11/11/11 being so close to Modern Warfare 3, released just three days prior. I thought it would end up getting pushed until December or even Q1 2012 so as not to compete with the mighty Modern Warfare line. After all, we’ve seen it happen to many a game. The COD-phobia sets in and then we have delay after countless delay.
But now, I look at the launch of Skyrim and say to myself: Maybe Modern Warfare should have delayed.

And I now can see what you all are saying. "Oh he’s going to pull a Yahtzee and rip the game apart because of some bugs and video streaming glitches." No, I am not. Skyrim is an amazing game! It took everything I didn’t like about Oblivion (whatever little that was) and threw it away, took everything that made Oblivion great and enhanced it.

Of course the best thing they did to the series was to keep it as engrossing as Oblivion was, with a thrilling main quest and so many side quests that you can’t take a walk in the woods without running into several. It ended up being another one of those "one more hour to explore this cave and complete this quest" games that I never wanted to put away.

And that’s the problem. Skyrim is that good. I don’t want to stop playing it. Every chance I get I want to go back to playing. And as a reviewer, that ends up being counter-productive. I have reviews to write. Goldeneye Reloaded, Modern Warfare 3, MGS HD Collection, and God help me, Ultimate Marvel Vs. Capcom 3 are in my queue, not to mention spending time to record a GiN Lounge and hopefully a new GamerGeeks soon. Then there is this column to write, but all I can think of is getting back to Skyrim and unleashing my inner Beowulf. Yes, I have that movie’s theme playing in the background at the moment!

Heck, Skyrim has already taken over our GiN Lounge recordings as well, as we talk about it nonstop even when we are supposed to be discussing other topics or even other games! And go figure, I have to be in the studio to record another show in just a few minutes!