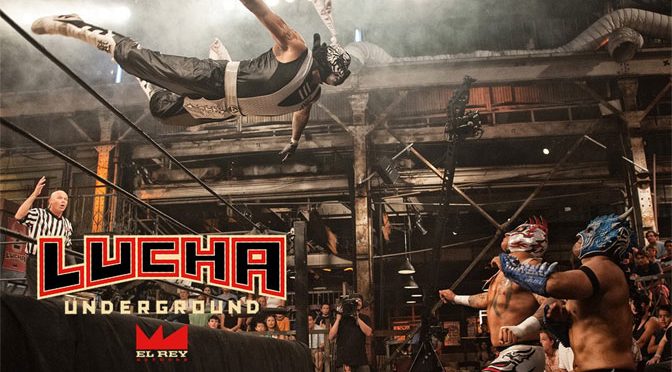 Again something comes up that pulls me away from gaming at the worst possible time. I really wanted to take this week to gush over how amazing Devil May Cry 5 turned out to be, especially on PC. I have been playing it since launch, and for someone who doesn’t even consider himself to be a huge Devil May Cry fan (mostly because I even liked the Ninja Theory DmC reboot,) it has quickly turned into what could be my top game of 2019 so far, and yes that even includes Metro Exodus. Sadly my take on this masterpiece (and eventual proof that Capcom is back and better than ever) will have to wait for my review, because there is something else I need to get off my chest.

Yes, I use both my Xbox One X and my Nintendo Switch to play games, that’s their main use. But I also use my consoles for streaming television, and no, not in the original way the Xbox One was intended to do so. I am what is normally referred to as a “cord cutter,” someone who left behind the ways of old fashioned cable/satellite television in favor of streaming.

When I first started as a “cord cutter,” I subscribed to Sling TV, which was also available on Xbox One via an app. However my experience with Sling was not the best. I had constant service interruptions, buffering issues (despite having more than enough internet bandwidth to handle the stream,) the “Black Screen” or “Orange Circle” of death. You name the problem, I had it. However it was one of the rare services that had a channel that I needed: El Rey Network, because of Lucha Underground, a wrestling series that became very popular with my close circle of friends.

Still, the buffering issues became too much to hassle, and even after tons of complaints to Sling, I looked at other options. The first I tried out was PlayStation Vue. Even though I didn’t own a PS4 at the time, I still gave it a try with my earlier model Roku 1. At first, it started to work out just fine for me and I was considering the switch over to hold me off until the new season of Lucha Underground started (as PSVue did not carry El Rey.) But eventually the service started up with a wave of “Loading: Please Wait” buffer messages and after my free trial was over, I decided to go back to Sling.

So I continued with Sling up to my move later that year. Even at the new location I still had buffering issues, where it appeared that Sling was intentionally throttling my stream to below its recommended speed. Keep in mind this is in a new location with much faster internet provider and all my other streaming services (Netflix, Hulu, MLB.TV, WWE Network, NJPWorld, etc) all worked flawlessly.

As a side project, I decided to go another route and purchased a newer Roku, namely the Roku Streaming Stick Plus, which included a wireless booster antenna to help strengthen the signal in my house. Thankfully the Stick Plus worked much better than expected and Sling had less and less buffering issues. It was a start and I thought I could finally be happy with Sling once and for all. 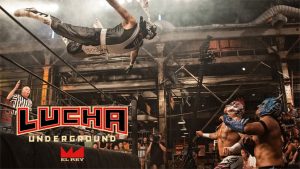 That was the day that Sling announced they would be cutting many of their channels from their service, one of with being El Rey, right at the start of Season 4 of Lucha Underground! Even more ironic was the way I found out, through an email I received while in attendance at a Ring of Honor TV taping! Needless to say that I was furious and over the next few days I considered other providers. One that came across was DIRECTV Now. I looked at the lineup and though I heard the service had growing pains they offered a three month deal that took $25 off the initial price. Considering that El Rey Network was on the highest end package of the time (called “Gotta Have It,”) it was originally $65, cut down to $40 for the first three months. I took the plunge on the 4th of July, tried it out, and canceled Sling.

Early impressions for me were quite good. Sure I couldn’t stream on my Xbox (as DTVN did not have an app on Xbox unless I use the clunky web browser) but my Roku Streaming Stick Plus was more than up to the task. Streams ran near flawlessly, the channel lineup (125 channels on Gotta Have It) had more than what I needed, and yes that included El Rey. I was happy with the service, but then the price hikes started. First there was the end of my three month promo, which I expected, then another $10 price hike later on. But now, they may have taken this hikes way too far.

Earlier this week, I received an email from DIRECTV Now saying that they are changing their service. While my current “Gotta Have It” plan will be grandfathered, they are raising the price again by $10. Even worse, new customers are forced to pick one of two plans, the highest of which (called DIRECTV Now Max) costs $70, close to my current plan before the hike, but they will be limited to only FIFTY stations, compared to the 125 I currently have. Safe to say, new customers are getting greatly screwed over. Just take a look at this channel lineup and realize what a joke this is!

And yes, no El Rey on the new lineups at all! I know that my lineup is still available, but how long will it be before AT&T and DIRECTV Now decide to cancel the grandfathered plans and force me into one of the newer plans. The moment that happens, I am gone! In fact I have been looking at other streaming providers but so far none of them fill all of my required criteria:

As of right now, FuboTV might be my best option, followed by PlayStation Vue (provided they fixed the “Loading: Please Wait” errors, but I’m still looking around. Then again, there’s always Sling, but they’re at the bottom of my list. Maybe AT&T and DIRECTV Now will come to their senses and listen to their customers, because they are already bleeding subscribers. This new lineup will just make the bleeding worse.