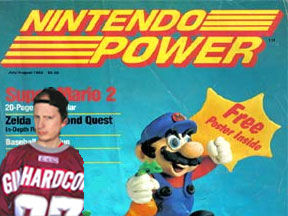 Another Piece Of My Childhood Dies

As a member of the gaming press, I have seen many publications come and go. Over the course of my gaming career, I have witnessed some I loved and others I hated. I miss publications such as Diehard Gamefan, and that was because it did a great job talking about imported games that never would come to the US. Because of them, I even went as far as me getting a translator cart for my Sega Saturn just so I can play Thunder Force V and the ARCADE PERFECT version of X-Men vs. Street Fighter. Sure I had to pay almost $100 to import the game, but darn it was worth it.

Then there are the bad publications. The ones who blatantly show their bias towards certain systems, despite not being console specific. I’m talking about Game Informer and Next Generation Magazine. I could also add Video Games as well because of one review done by Frank O’Connor, who bashed a surprisingly good version of Wipeout on the Sega Saturn, saying that ‘this game should never have been made for the Saturn.’ Made me wonder just how much money got slid under the table from Sony?

But there was one publication that truly started it all for me. One that holds a special place in my heart for getting me more interested in gaming journalism, and one console in particular.

I remember when I first got my Nintendo Entertainment System back in 1988 (I was a late bloomer as I owned an Atari 7800 before then). I sent out a form to join the Nintendo Fun Club and in a few weeks I started receiving their Fun Club News. A few months into it I received what turned out to be the last Fun Club News issue, but in it there was a subscription card for Nintendo Power.

I never sent it off because as a child of 14 without a job, I didn’t have the money. So imagine the surprised look on my face when I got the mail and in it was the very first issue of Nintendo Power, an issue that introduced me to what I thought was the real Super Mario Bros 2. (before we knew about the Lost Levels; there was no internet in 1988.)

Seeing full reviews of SMB2, as well as Contra and Double Dragon, brought me a lot of joy, and all the upcoming games featured in Pak Watch helped me write up a list to give my parents for Christmas. I ended up getting 1943, Metal Gear and Ultima Exodus that holiday as a result.

Oh yes, I also got a subscription to Nintendo Power.

The issues just got better during the NES era. There were no ads at the time, as it was published by Nintendo itself. And there were tons of extras that I loved. Who could forget the player’s guides they gave out as bonuses for Super Mario 3, Ninja Gaiden II, and Final Fantasy? And what about those who ended up getting a free copy of the first Dragon Warrior just for subscribing? It was a great publication for its time.

And then the Super Nintendo came out, and as a Genesis owner my interest started to wane. It got worse when Nintendo started putting their own ads where they bashed the Genesis in every aspect possible, even with sports games, an element where the Genesis obviously dominated. Look at Madden 92 on the smooth scrolling Genesis as opposed to the choppy SNES mess for instance. Over time I stopped my subscription to Nintendo Power and moved on to the bigger publications.

But still, those were the good times. Eventually Nintendo Power started placing advertisements and moved publication from being in-house to Future Publishing, who I follow via the Official Xbox Magazine. But in this day and age, print publication is a dying breed as most publications are now moving to digital. I even subscribe to OXM on my Android tablet. But Nintendo, who Future claims is very difficult to work with, refuses to move to a digital medium. Sounds almost like their refusal to go optical with the Nintendo 64. But as a result, Future has just announced the end of Nintendo Power’s publication effective the December issue.

Thus a 24 year run of Nintendo’s flagship magazine now comes to an end, and in turn, comes the end of another memorable part of my childhood. I’ll still remember that first issue and how awesome it was; the start of what would eventually become a huge collection.