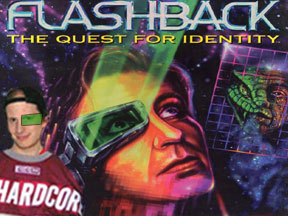 More remakes are winning me over!

Finally, after a long summer where it seemed like no new games would be coming out, at least anything that would be worthy of my interest, now we hit one of the hottest weeks of the year. Just this week, we are given a trifecta in the form of Splinter Cell Blacklist, The Bureau: XCOM Declassified, and Saints Row IV.

For the time being the only game I have received was Saints Row IV, and considering my history with the series, (I barely got into the second game and could care less about The Third) Saints Row IV won me over from the opening mission. Go figure I thought the concept of the Saints taking over the White House and fighting off against an alien invasion seemed way too far-fetched, but ended up being so fun so far, and I look forward to seeing how this game ends. Hopefully soon I will also be able to get my hands on Blacklist and The Bureau, especially considering how I’ve been so harsh on the latter since its announcement.

In the meantime, I noticed that there have been two remakes put out that I have been looking forward to for a while. As you all know, Capcom’s announcement of bringing back DuckTales to current generation consoles had been top priority on my review list. But when the launch dates were announced, I was a bit upset. While the Wii U and PS3 versions of the game were released on the 13th, last week, the Xbox 360 version would not come out until September 11th, a casualty of Microsoft’s Summer of Arcade program, and a huge thorn on my side. With the exception of one game that I will mention later, I had no interest in the rest of the lineup, and it was just delaying the chance of reliving my childhood again.

Until Capcom came through for me, that is…

That’s right, I was able to procure a review copy of DuckTales Remastered, and without going too far into details, (you will have to wait until my official review for that, due to publish on Monday) let’s just say that once again WayForward knows how to resurrect a classic beloved franchise. I really want to say more about it, but the upcoming review will show just how much I love the final product.

But as I said, we still have to deal with the Summer of Arcade until the rest of you get to enjoy DuckTales Remastered on the 360. Thankfully another classic game I played in college is being brought back in HD too. In 1993, a French developer named Delphine Software released Flashback: The Quest For Identity. It was a rotorscoped 2D platform shooter with ties of classic science fiction movies including Total Recall and They Live. The game was first released in the US on the Sega Genesis, and because of its Prince of Persia style rotorscoped animation, was referred to as "The CD-ROM game on a cartridge." Go figure the game would eventually be released on CD for the Genesis and 3DO to name a few, but it was an amazing game for the time, and is on my list of the best games of all time.

Only during E3 was I able to find out it was being remade, and just this week it was released for Xbox Live Arcade. The PS3 version will be out this Fall too. From what I’ve seen so far the game feels true to the original Genesis/Amiga/PC versions, but expands more on the story of Conrad’s background and how he obtains the molecular glasses, thereby learning of aliens already blending with the human populace.

I’m looking forward to seeing how Paul Cuisset’s Vector Cell studios can bring back a classic, and I hope it turns out better than his previous project…the universally hated Amy.

Needless to say, the remakes are still coming on strong, and I’m glad to see them fit in with the new games coming out this week and the rest of the year. I just hope more gamers will be as appreciative as I am, and not be content with the next cookie cutter shooter or MMO.