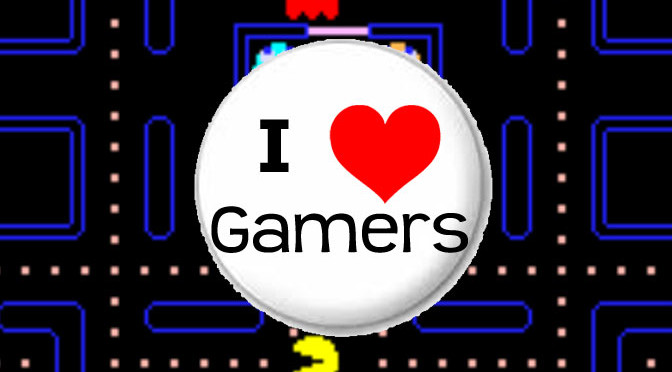 Two weeks ago I wrote about how I was sick and tired of seeing unscrupulous people out there on the Internet sending death threats to game studios and developers because of their games getting Xbox One exclusive content. I thought that I could move on and talk about something more positive in this business, maybe about how I was looking forward to the next generation of flagship phones coming out later this year or out this year (such as the iPhone 6, the Galaxy Note 4, or even the LG G3 that I recently purchased.) Or maybe I could have talked about this week’s launch of the Xbox One in Japan. Maybe I could have talked about how I missed out on a great series like Metro and by playing the Redux version I can finally experience it.

But these past two weeks have shown me that the worst in our society just keeps getting worse and worse.

First off, we had to question the credibility of games journalism. Before I go any deeper into this, I must make a disclaimer. Although I am a member of the gaming press, I will state that the work I do here for Game Industry News and its parent company, Noble Order Press Enterprises, is done at my own free will. I do not accept any special perks or favors by any game developers, publishers, or anyone else in the gaming press whatsoever, and have never, ever done so. Now in saying that, the industry at large, basically another site, had an alleged incident involving an independent game designer, and her game received tons of positive press as a result of her supposedly giving “special favors,” shall we say, to members of the gaming press.

True or not, it has caused a lot of controversy in this business, and it makes you wonder if there is any integrity still left from such sites. I hope that changes soon, but you can rest assured, we at GiN will do our best to provide you the best, most accurate gaming news that you expect from us.

But that’s just the start of things to come. It is said that those who forget history are doomed to repeat it. That happened just last week, thanks to a hacker group called Lizard Squad. I first noticed their actions when I was playing Diablo III and the game service started to lag badly, and when I tried to log in, I had to wait through a queue of 500 users, which eventually got me kicked out of Battle.net. I thought the servers were going through unexpected downtime at first, but it wasn’t until the next day I read the truth. But that was only the beginning, as shortly after, Lizard Squad executed a Directed Denial Of Service attack on PlayStation Network, resulting in a lot of angry PlayStation gamers not being able to log in and play. Eventually they attempted to do the same thing to Xbox Live, but aside from a few slow moments, they were not as successful there, and even commended Microsoft on their Twitter feed about how their servers were done, telling Sony that this is how it should be done.

Their Twitter page is quite an interesting read. Aside from all the comments they made to Sony, they claimed that they support the Islamic group ISIS and that “Kuffar don’t get to play videogames until bombing of the ISIL stops. #ISIL #PSN” But the worse thing they did was report a bomb threat to American Airlines. The tweet to American has been deleted but Lizard Squad did tweet this: “Looks like @j_smedley’s flight is being redirected, we call upon all Lizards to #PrayForFlight362.”

The @j_smedley in question is John Smedley, President of Sony Online Entertainment, who was on a flight from Dallas-Fort Worth to San Diego. It was diverted to Phoenix Sky Harbor International for security reasons, where no bombs were found on the plane.
So once again, here we are with threatening another person in the industry with death, but in this case, as a terrorist threat, one that the FBI was investigating. It looks like it might have worked, as earlier this week, reports from sites including ShackNews have stated that several members of Lizard Squad were caught and the group is disbanding. As of now it looks like the DDoS’d services, namely Battle.net and PlayStation Network, seem to be back up to full speed, and for those who had to suffer through any outages, know that I feel for you. I’m just glad they were just DDoS, and did not have any of their credit card information compromised.

I wish that was the last thing that could happen these last two weeks, but there is now an attack on what a “gamer” is. Because of all the hate speech and negativity out there, gamers are now apparently considered homophobic, racist, misogynistic, sexist, you name it, we’re called it. In fact, according to this video from YouTube member MundaneMatt, there is propaganda that is actually comparing gamers to “Nazis.” Credit goes to MundaneMatt for this one.

Comments like these are going way too far. I’m none of what this says. I’m an ally of the LGBT community. I support racial equality. I am more than happy to play with female gamers, in fact I encourage more of them, despite all the hate I hear online. The hate is just sickening. But most of all, I am a gamer, and darn proud of it.
I really want to see this industry clean up. To end the hate. To be able to get on Xbox Live or PlayStation Network and know that I won’t be listening to any vitriol from those who hide behind the cloud of anonymity. Recently, another YouTube member, Boogie2988 (who I have mentioned in several columns) has posted a petition to help put an end to all the hate in this industry, to end the negative stereotypes in gaming. The petition can be read here.

Speaking of Boogie, let him explain this effort for himself.

I encourage all of you to take a look at this project, and support it if sounds like a good thing to you. We need to make this industry a better place. No time is better than now.

And hopefully, my next column will show how this industry can improve. I really want it to. I know I said last column that I’m starting to hate this industry. I want that hate to end too…

Waiting For: Forza Horizon 2 (Xbox One,) Sunset Overdrive (Xbox One)