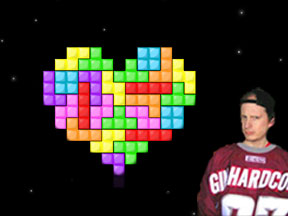 Okay, you all know my stance against Electronic Arts. Yes I play their sports titles, but sadly it’s because they have a monopoly over football and hockey. For baseball (on the 360 at least) and basketball, I am thankfully able to play with 2K, especially since EA failed with last year’s cancelled NBA Elite. I can never get tired of bringing that up.

And then of course you know how I feel about the lies they make in their advertisements. When they come right out in their ads for Battlefield 3 and Need for Speed The Run and post at the bottom of the screen, "Exclusively on PlayStation 3," you know they are flat out lying through their teeth and I wish I knew why no one else called them out for this.

My third complaint is that they were the ones who started the attack on used and rented games. Forcing those who rent like I do to pay an additional $10 to get the entire game the way it is meant to be played is unforgivable. Sure, other publishers have taken it to a whole new level. (Catwoman code, anyone?) But you have to start by cutting the head from the viper, and it’s EA that is the head.

But this time, they may have gone way too far.

Let me ask this: Have any of you played Tetris? I’m sure everyone has in some way or another. I played it on the NES (the GOOD Tengen version that was eventually discontinued thanks to Nintendo’s greed) I played it on my cell phone, and I even own a Tetris arcade machine. Anyone can get online and play it whenever they want for free. It’s everywhere.

But still, that doesn’t stop EA. Last week, they released a new version of Tetris on the iTunes App Store. That’s not bad by itself, nor is the price it’s going for, 99 cents. I can deal with that. But what’s inside the game is infuriating me.

EA decided that the simple Tetris gameplay we all know and love is not sacred after all. They decided that you need to purchase items, such as power ups, with in-game coins. And they even go so far as charging REAL MONEY in a method of power leveling their "T-Rank." You can get 200,000 T-coins for $100? I’ll pass.

But that’s not it. They even want to enforce a premium service for "Tetris enthusiasts" called the T-Club allowing players to get "bonus lines and T-coins," again to rapidly boost their T-Rank. EA is charging $2.99 per month for the service, or $29.99 for an entire year. Are you kidding? $30? I’m sorry, I’m not that much a Tetris fan to play a version of the game that will not play like the original formula that I grew up with!

Again, this is EA just doing their best to rip money out of our hands. As a matter of fact, I decided that I’m not going to call them EA anymore. From here on out, I will only refer to them as EpAy. As long as John Riccitello is in charge, we can be confident knowing he doesn’t care about gamers, just about the money. In fact, this action alone might have pushed him past Bobby Kotick on the list.

As for playing Tetris online, I will quote one of my favorite "Cinema Snobs," I’ll stick with playing real Tetris games, thank you very much. Games on sites such as www.tetrisfriends.com for instance! (I give credit to Brad Jones for that hilarious catchphrase of his. Check out his site at www.thecinemasnob.com for more.)