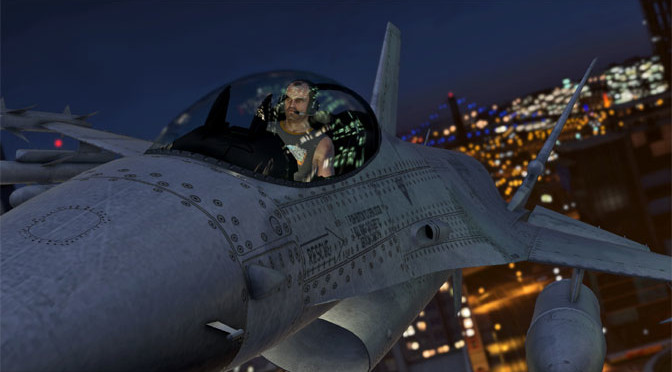 It’s the best of the rest this week.

You know, when it comes time for me to come up with my list of the best and worst games of the year, it gets very difficult to select which five deserve to be put up in both categories. While many people would claim that this year was one of disappointment, and I can see that with buggy, unfinished games (Assassin’s Creed Unity) or games that do not meet up to the hype (yes, I’m bringing up Destiny again.) But in the end there were still plenty of games that I played that are more than worth the price of admission.

During a livestream that my friends John and Desirai from A Match Made In Halo did, I spoke with them about my best and worst list and even discussed games that after second thought, should receive some special recognition. While I cannot make a Top 10 list this year, though it might be an idea for next year, I have a set of games that I would considering “honorable mention,” those that would have easily been on a Top 10 list. And yes, for all the naysayers and Yahtzees of the world, I have one huge dishonorable mention that I am kicking myself for not including on the main list.

Why don’t we start with that one…DISHONORABLE MENTION: Metal Gear Solid V: Ground Zeros (Multiplatform, played on Xbox One)

You all know how much I love the Metal Gear Solid series, I have played every game in the series and for the most part they were great. Even Metal Gear Rising, which I never thought would come out, turned out to be quite impressive. But that’s not the case with Ground Zeroes, a game that can be finished in UNDER AN HOUR! I’ve seen people complain about games that can be finished in four hours, and I have done it myself, but one hour is an insult. Sure we’ll hear the BS that we can do all the side missions, but even that level of padding is not enough to hide the fact that Ground Zeroes is just a paid demo, perhaps the worst one since Gran Turismo 5 Prologue. And it was going for $40?!? Are you kidding me? Eventually the price went down but it was still way too much for a demo.

And yes, the less I say about Keifer Sutherland replacing David Hayter, the better.

Now with my anger out of the way, let’s get to the games that should have been praised more than they were. These are my five picks for HONORABLE MENTIONS:

When Gamefly sent me Middle Earth it sat next to my Xbox One for nearly a month before I decided to give it a play. Waiting a month was a huge mistake. Sure the game played like a cross between Assassin’s Creed and the Arkham series and the main character and campaign missions were ok at best, but there was something else that made the game special: the Nemesis system.

Giving certain Uruks personality, including their strengths and weakness, and having them fight against each other to progress in Sauron’s Army, they remember everything you do, when you fell to them, when they retreated from battle, when you put a death threat on them, and even when they show battle damage. Even the taunts they make when fighting add a touch of realism. Nothing is more satisfying when you finally rip the head off an Uruk that bested you several times before. In the end I played the game more to just hunt down Uruks rather than go through the main story. It’s that fun!

I’m going to say this right now. If I played Bayonetta 2 before I wrote my last column it would have easily been in the Top 5. The original Bayonetta was so over the top that I was surprised that Sega was able to get away with what they did. But now that we are doing this on a NINTENDO console, I am more surprised than ever, but I thank them for obtaining the game otherwise it might not have come out. Even better, they decided to include Bayonetta 1, though I had issues with the game having connection issues with my Wii U Gamepad. If anyone knows how to solve this issue let me know, but in the meantime I will go back to playing the sequel. All I have to say is, BAYONETTA KAIJU BATTLE!

My not putting the next gen GTA V on the Top 5 list is because of a decision I made that other online reviewers such as ProJared used in their list: no HD ports/remakes/or rereleases. But I will give GTA V on the Xbox One (and yes, Rockstar, unlike in your ads where you call it a PS4 exclusive) credit for one thing: first person mode. For some strange reason, first person GTA V feels like a whole new game, and even though I had some disorientation with driving in this perspective it turned out to be quite the experience. Though I played some pretty good HD remakes this year (Metro Redux for starters) I am happy to see when they try something new out and it works!

And…here come the Battlefield fanboys to attack me for actually liking the latest Call of Duty game. I’m sorry, Battlefield honks, Advanced Warfare was great, especially in comparison to the subpar Ghosts last year. This year’s campaign is much more enjoyable, the use of exosuits adds a fresh take to the series (contrary to what detractors say,) and we are introduced to one of the better villains in recent memory thanks to Kevin Spacey. And even better, the ending wasn’t total sequel bait compared to last year.

And finally, FAR CRY 4 (Ubisoft, Multiplatform, Played on Xbox One)

This is another one I didn’t put on the top 5 because deep down inside, it felt like Far Cry 3.5. Even so, the setting of Kyrat feels unique compared to Rook Island, with its own wildlife (damn those eagles,) and the ability to use elephants as a means of destruction is quite satisfying. Then there is the primary antagonist, Pagan Min. While not as psychotic or memorable as Vaas, Min is awesome in his own way, whether he is inviting you to dine on crab Rangoon or trolling you mid-mission, Troy Baker gives the character a unique, yet funny, flair of his own.

And though it has been denied, if they make Far Cry 4: Blood Dragon 2 I will get it in a heartbeat.

Ok now with all the end of the year stuff out of the way, I’ll be back to my old ways next time. And yes, I will be streaming the annual Hardcore Bowl on Twitch sometime next week. Stay tuned!

Waiting For: Evolve (Xbox One)