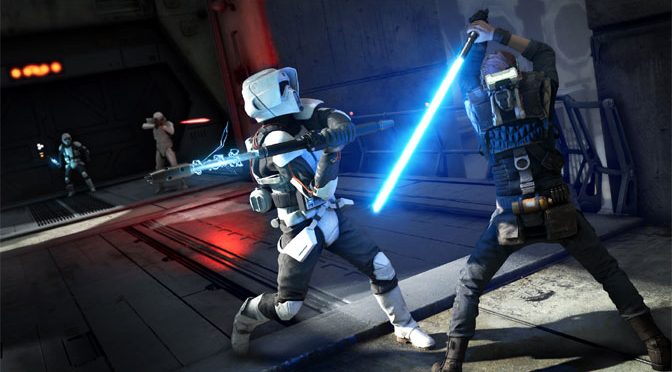 Well, it is currently Thanksgiving at the time I am writing this. I am sitting here in front of my laptop before my friends and I all have Thanksgiving dinner together, just taking it easy and enjoying the holiday rather than rushing out to the stores in an attempt to earn a cheap deal that is too good to be true. Personally, I’ll just sit back and let them engage in their own form of Mortal Kombat and laugh at the aftermath.

But also, because of my upcoming retirement, this also makes an early start for my (final) annual review of the games of 2019. Let’s just say that 2019 will be known as a year of transition. Currently we are approaching the end of the Xbox One and PlayStation 4 generation. Even the Nintendo Switch got a slight boost (at the expense of the “Switch” feature) with the Switch Lite. But it was also a year of a new trend that I will mention later on. But as we always do, let’s take a look at the best and worst of the year.

GOOD: Plans for Next Generation Revealed

As I said, we are currently in a transition phase. With both the Xbox One and the PlayStation 4 nearing the end of their lifespan, talks have already started regarding both the Xbox successor, Project Scarlett, and the PlayStation 5. Though all we are hearing now are rumors and hearsay, I’m sure that come E3 2020 we will hear more about both new consoles. One thing is for sure, both consoles should be ready by the holiday shopping season next year.

Xbox Game Pass was already a great deal. After all, we are talking about access to a library of over 100 DOWNLOADABLE games for a low price of $10 per month. How can it be made any better? Bundle it with Xbox Live Gold and include downloads for PC games. While at it, make all of this be available for only $15 a month, half that of what it would cost to subscribe to everything separately? Needless to say, Ultimate has been a win, and provided such strict competition to Sony’s PlayStation Now to the point that PSNow added downloads of PS4 games to their service.

Once again, as I’ve said all along, competition is good in this industry.

GOOD: Another Great Mini Console, with Plenty In Stock

We had the NES Classic; it was extremely limited, then discontinued, then brought back in stock. We also had the SNES Classic; it was also very limited but stock slowly improved. Nonetheless, they were amazing mini consoles that did a great job recreating the originals, and with a little hacking skill, could be made to play many more games. 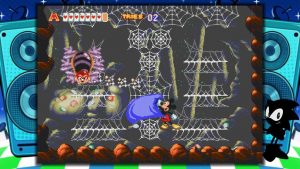 Then there was talk about a Sega Genesis mini, which started off promising, until we found out that Sega partnered with AtGames, a company known for inferior quality Genesis handhelds. Backlash caused Sega to change their mind and manufacture a Genesis mini themselves, with M2 providing the emulation, a smart choice considering their past experience with the Ages line. Thankfully aside from a few sound issues, the Genesis Mini might have surpassed both the NES and SNES Classics as the best mini console available, especially when played with a 6 button controller.

Now, about that eventual hack…

Yeah this might only be for one delay, but it was a pretty big one. I was really looking forward to DOOM Eternal. After all this is the follow up to my 2016 game of the year. It should have been out now, but eventually the release date was pushed back to March 20, 2020. I really hope the delay makes the game worth it, but it still hurt my gaming experience for the Thanksgiving holiday.

Again, it’s time for what I call the “Gaming Flavor of the Year.” Zombie games, motion control games, mobile games, “Royale” games, and now it’s game streaming. You all know my past experiences with PlayStation Now’s attempt at streaming, but this year Google went all out with Stadia. Again I will be covering that later, and why it was so bad.

But currently I am testing out another streaming service, NVIDIA’s GeForce Now that works with the recently updated Shield TV. Though my time with streaming on Shield is short, I did a hands on test with a first person shooter again (this time being BioShock Remastered,) and much to my surprise, the service streamed gameplay quite well. Running on my 5GHz network, the resolution stayed rather sharp and there was almost no significant input lag at all. Time will tell if that continues to work well but I still feel that streaming is still not ready for prime time.

Still, we have Xcloud, which might should some potential, and it’s now part of Game Pass Ultimate. Smart move again, Microsoft. 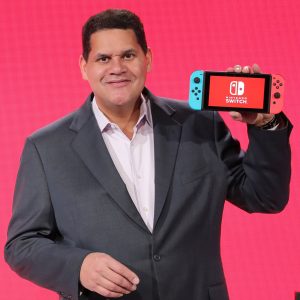 Reggie is without a doubt a legend when it comes to Nintendo. He is loved by many fans and is a subject of many memes such as the “Regginator,” and of course, “my body is ready.” He has been there with the success of the original Wii, the failed attempt of the Wii U, and of course the renaissance of the Switch. But back in April, Reggie officially announced his retirement, passing the torch to the appropriately named Doug Bowser.

From one retiree to another, I wish Reggie the best.

Let’s face it, both Star Wars Battlefront games were a far cry from the previous generation’s series of the same name. The second one was the worst offender, overladen with pay to win microtransactions. That combined with a belief that single player games were not lucrative, and we see why Electronic Arts was so hated by many in the game community. 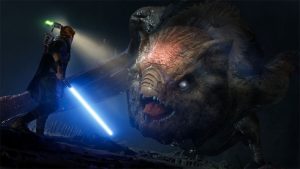 But thankfully, one of their studios, Respawn Entertainment, went against the grain and brought us Star Wars Jedi: Fallen Order, a fantastic single player experience that is as massive in its exploration segments as it is difficult in its lightsaber combat. Still, the game did everything right, proven by its massive sales, breaking records in Star Wars games. It proves that single games are still wanted, and that a Star Wars single player experience can make a lot of money, and not be bogged down by pay to win microtransactions.

Will this save EA’s Star Wars license? Only time will tell.

DUMBASSES OF THE YEAR: Google

I told you I’d be coming back to Google, didn’t I? After announcing Stadia, and boasting about their games and the level of performance on the SERVER side (10+ Teraflops compared to 6 on the Xbox One X and 4.2 on the PS4 Pro,) and how it would work out, the end product has turned out to be a disaster. Just connecting to the service turned out to be a complete pain (more so in comparison to the Shield TV I mentioned earlier,) the fact you have to pay for the service (if you want “4K60” streaming) AND the rights to play the games on their service. Achievements aren’t available yet, and there are even reports that Founder’s Edition Chromecast Ultras are overheating. It has become so bad that Google had to offer refunds to early adopters. 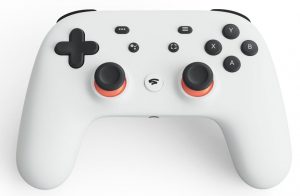 But what gets them the Dumbasses of the Year award? It was all the fake promises, claiming 4K streaming when reports are that games are actually running as high as 1440p. It got worse when Google decided to pass the blame on the game developers, as this post shows (courtesy of 9to5Google:)

Stadia streams at 4K and 60 FPS – and that includes all aspects of our graphics pipeline from game to screen: GPU, encoder and Chromecast Ultra all outputting at 4k to 4k TVs, with the appropriate internet connection. Developers making Stadia games work hard to deliver the best streaming experience for every game. Like you see on all platforms, this includes a variety of techniques to achieve the best overall quality. We give developers the freedom of how to achieve the best image quality and frame rate on Stadia and we are impressed with what they have been able to achieve for day one.

We expect that many developers can, and in most cases will, continue to improve their games on Stadia. And because Stadia lives in our data centers, developers are able to innovate quickly while delivering even better experiences directly to you without the need for game patches or downloads.

Congrats Google, way to infuriate your developers and gamers alike. I have a gut feeling that Stadia will soon be posted on the “Killed By Google” web page by this time next year.

BADASSES OF THE YEAR: The cast of Devil May Cry 5, and that awesome opening theme “Devil Trigger.” 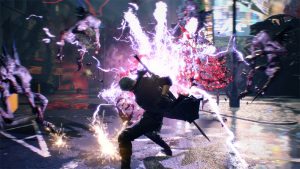 Wow, I didn’t expect Devil May Cry 5 to be as good as it was. Not only was it a return to glory for the franchise, but it is now way more accessible to those who are new to the series. Sure it might seem easy at first, but then go to the “Dante Must Die” or “Hell and Hell” settings and then come back to me. But it was the characters that made the game as awesome as it was. Sure we have Dante and his motorcycle based weapons, but also with the mysterious V and his animal followers, and Cody Rhodes lookalike Nero returning with his prosthetic arm weapons, we have a true triforce of awesomeness. And then there is bae Nico and her new form of “wreckless driving,” completing the components for an awesome demon killing force!

And what better way to show how badass they are? Use it in the opening credits accompanied with one of the best game soundtracks ever in the form of “Devil Trigger.”

Oh, did I mention that Nico is so bae? She ranks up there with Kassandra from Odyssey.

Anyway, that’s it for part 1 of the Grand Finale. In two weeks we will go over the best and worst games of the year. Sit tight, because we’re just getting started!