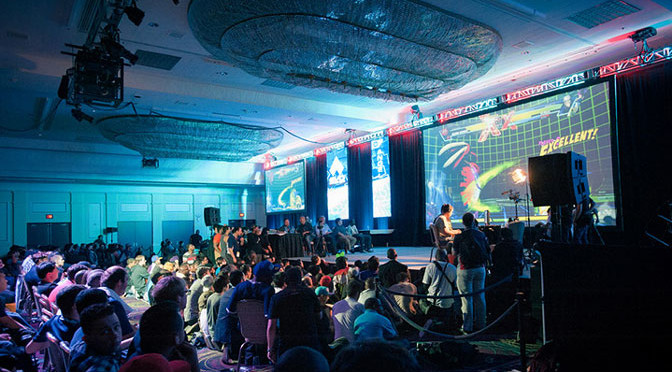 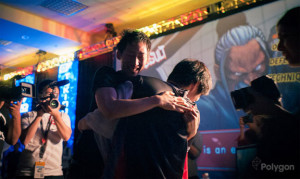 Usually I don’t follow eSports events that much. Yes I know about the big Starcraft events in Korea, as well as the Call of Duty Tournaments that were recently highlighted via an Xbox One app, but they really don’t tend to interest me that much. No matter how hard I try to get into them, I really cannot do it.

My most recent occurrence was when Major League Gaming released an app for Xbox One, but the way it ended up, it turned out to be nothing but a stream of advertisements and generic bumper music, with only five minute breaks of actual in-game action. I went off on it, calling it the eSports equivalent of BodogFIGHT, and if you all remember how bad that was – aside from this gruesome moment that occurs at 13:20. Be warned, this is not for the squeamish.

And yes, something like that doesn’t happen in eSports, especially MLB, but this is an exception to BodogFIGHT’s usual boredom.

But yes, eSports events usually don’t impress me. There is one, however, that I do enjoy watching: the Evolution Championship Series, or simply called Evo. Only recently have I heard about Evo, more so after the release of Street Fighter IV, and when going back to watch older clips of past Evo fights (the event has taken place since 2002) I am left in awe of some of these match results, particularly this one from the Evo 2004 SF3 Third Strike semifinal, what I might consider one of the greatest comebacks in history:

After seeing this clip, I started watching Evo fighters such as Daigo Umehara (responsible for that awesome finish,) Justin Wong, Eduardo Perez-Frangie (aka EG|PR Balrog,) and Carl White (aka Fnatic|Perfect Legend.) But just last year, thanks to streaming sites like Twitch, I was able to watch more of Evo than I ever did before. Even as the Super Street Fighter IV Arcade 2012 Edition finals went way past 1am Eastern Time, I was hooked, up to the moment that Kun Xian Ho (aka DM MCZ|Xian) walked away with the title. It was exciting to watch.

And here we are, Evo 2014 is upon us, and I’m looking forward to how this year’s event will turn out, especially with the change in systems. Previous years featured competition on PlayStation 3, and it got me wondering about competitors who bring their own fight sticks if they used them only on Xbox 360, and have trained on them. This year, a majority of games will be played on Xbox 360, so I wonder how it will affect PS3 players. These are the games that will be played at this year’s Evo, with the console they will be run on:

Other fighting games not in the tournament will be available to play in the BYOC (Bring Your Own Console) area so Mortal Kombat 9 fans who are upset it was taken out of the main lineup will still be able to play it.

Eventually I hope to attend an Evo event in the near future, but in the meantime I will do the same thing that I encourage all of you to do. Check out the Evo 2014 streams at the official Twitch stream. As of this writing, the streams are not online, but they should be up when the Ultra SF4 competition starts on Friday morning, but in the meantime, the latest news for Evo can be found at evo.shoryuken.com

Good luck, all of you who are competing. It’s going to be a fun three days!

Waiting For: To see if DM MCZ|Xian will repeat as SF4 Champ