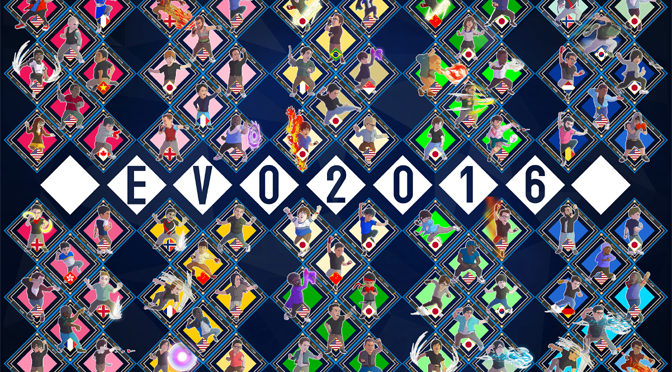 If you follow me on Facebook or Twitter, you know about all the times I comment about sports. In fact, my girlfriend even teases me about how I talk about it as much as I do games (but in her defense, she is almost just as bad, at least when it comes to independent wrestling.) But yes, I do talk about it a lot, as it is almost always on in the background when I’m not playing anything.

But as we’ve noticed lately, there has been a big rise of what is called “e-sports,” competitive gaming events that showcase the best of what the industry has to offer. I’ve known about this all the way back to when Starcraft tournaments were huge in Korea, and even more, we can even consider the events of the movie The King of Kong a version of e-sports in itself.

With the advent of streaming services such as Twitch, we have started to see more of these e-sports tournaments broadcast to a larger audience, and as many of you know, I am a huge fan of The Evolution Championship Series (Evo for short), and make sure to watch it every year. This year was no exception, and even with my dislike of how Street Fighter V turned out, I was still hooked to the brackets, not to mention those for Tekken 7, Mortal Kombat XL, and of course, Killer Instinct.

However, this year was a little different. For the first time, the Street Fighter V finals were not only streamed on Twitch, but were broadcast on ESPN2. I knew there were going to be those who would complain about why a gaming tournament would be on a sports network, but they have shown e-sports coverage twice before. The first shown was the Madden 16 Championship, which drew 197,000 viewers. The second was the Blizzard “Heroes of the Dorm” tournament, which only drew 106,000. Though I am a Madden player, and I admit I have no interest in all with Heroes of the Storm, I had little interest in watching either of these.

Yet, when I was getting ready for the Evo 2016 SFV finals, I was worried with the way ESPN2 would have handled it. I didn’t know if they were going to do one of those fake “attitude, dude” style broadcasts I’ve seen in the 90s that made those who enjoy video games look like complete idiots, or if they would dumb down the footage to make it that only the inexperienced would enjoy the final product. Would being embarrassed by the way ESPN2 handled the finals make we want to watch exclusively on Twitch next year?

Thankfully in a word, no. ESPN2’s presentation of the Evo Finals was excellent. The way they explained all of the Top 8, as well as their respective characters were reminiscent of the way they were done on Twitch. The production was top notch and it kept up with all the action like it was supposed to. And I will admit for once it’s good to be able to watch the gameplay without internet lag either lowering the quality (I originally watched it at Source quality) or lag out completely.

Yet we still have those sheltered by the ways of traditional sports who complain about how e-sports should not get any broadcast time. I’m looking at YOU, Colin Cowherd! But to those like Mr. Cowherd, though they don’t apply to e-sports, I’d like to know where they were when ESPN2 showed the Scripp’s National Spelling Bee? Since you’re already shaming one group of nerds for being on your channel, why don’t you shame this group as well? What about the Nathan’s Famous Hot Dog Eating Contest held every 4th of July? Are you going to fat shame those who compete as well? (Even if those who compete actually stay in very good shape?) People like you need to get your heads out of your collective rears and learn that ALL competition is called sports, even if it doesn’t feature the HGH-juiced beasts that you idolize so much.

And ESPN2, I really hope you show more of Evo after this. It deserves way more attention, and hopefully next year I’ll be able to attend it first-hand. Hey I can dream can’t I?

Special thanks to Manny Akenal for the viewer counts for all the e-sports broadcasts for this year. Check out his column here.