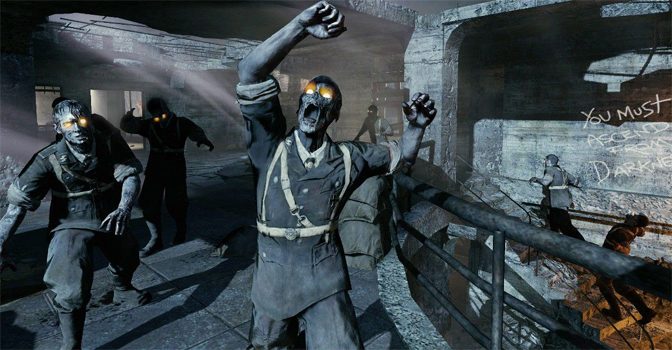 CoD Is Dead to me as Black Ops 4 Kills Off Single Player!

You may have noticed over the last few years I spoke less and less about the Call of Duty franchise. There are a lot of reasons as to why that is. One, I was getting tired of how the series was veering away from the modern setting they once used and started going more into a futuristic theme that copied off of other games such as Titanfall. Then there was the fact that I got sick and tired of the same old multiplayer that always ended up with me getting sniped by a camper the moment I respawn. And then yes, there was the whole defecting over to Sony, basically throwing a knife in the back to those who preferred to play on Xbox for so long.

Since then, I never even bothered to finish the campaign of the game, which is what I played the most. Call of Duty used to have rather long single player campaigns that were quite good. Not only that, but it also featured some of the most impressive cinematic moments in gaming history. Who could forget one intense mission in Call of Duty 4 when you hear that a potential nuclear device is in the area, but you need to rescue a fallen pilot first. You rescued the pilot, returned to your helicopter, but shortly after taking off, the nuke detonated, and you witnessed firsthand the post nuclear devastation as you breathe the last few seconds of your life. It was shocking, and that was just the start for a game series that had nothing but memorable campaign moments.

Then we had Modern Warfare 2 come out, and it too featured a shocking moment. In “No Russian,” you assume the role of a US mole working alongside primary antagonist Makarov in a massacre at a Russian airport, meant to frame the US and start a war. The event was controversial to the point where the game gave you the option of whether or not you wanted to take part in it.

Then there was the amazing story of the first Black Ops game, where your character is brainwashed to assassinate President Kennedy and lead to a potential mutually assured destruction scenario with the Soviet Union. This was some pretty impressive stuff at the time.

But eventually, all of this led to more future based stories, and as they went on, I started to lose more and more interest in them. For instance, when I played Black Ops III on my PC, and I heard Christopher Meloni’s character reply with “outcome, train go boom,” I wanted to take a shot myself. It just didn’t interest me anymore. The following game, Infinite Warfare, while I enjoyed the space combat and made me long for more games similar to it, I again lost interest. And I never even played Call of Duty: WWII because even with going back to its roots, the damage was already done for me.

But with what I’m hearing now is true, they seem like pretty reliable rumors, then the series is officially dead to me. According to sources, Treyarch will not be including a single player campaign mode in Black Ops 4, centering the game completely on multiplayer. A tipster even stated on CoD fansite charlieintel.com that Activision said the planned campaign was “too out there” and “outlandish,” and had it canceled, ordering the developers to concentrate more on multiplayer and zombies modes.

Of course, Activision responded with the usual “we don’t comment on rumor or speculation” reply we’ve seen many times in the past, and we will know the whole truth on May 17th during the official reveal. But with the way big companies such as Activision and EA cater more towards the multiplayer crowd, while others such as Bethesda and CD Projekt Red develop more towards the single player gamers, I fear this rumor might end up becoming a reality.

But what gets me madder than anything else is Activision’s plan to replace single player. That’s right, another BATTLE ROYALE mode! Yup, once again a big-name company decides to jump on the flavor of the month bandwagon, in this case, the Battle Royale craze that started with Player Unknown Battlegrounds and followed up by Fortnite, while leaving those who favored the summer blockbuster style single player action out in the cold. At least Fortnite gives their seasons out for free, why do we need to keep paying AT LEAST $60 for a Battle Royale season each year, not to mention that I’m sure they will charge more to get extra stuff in a pay-to-win scenario, and of course, with them giving PlayStation 4 owners exclusive content at first, gimping those who play on Xbox and PC.

I’m sure Activision doesn’t care about that, and only about the money they might get from these exclusive deals, and from the community who will continue to buy supply crates with their own money. And with that, CoD is finally dead to me. I’ll be sticking with more single player games and seeing what else comes out by E3. Suddenly, Bethesda’s hint at a possible sequel to DOOM 2016 sounds very tempting.