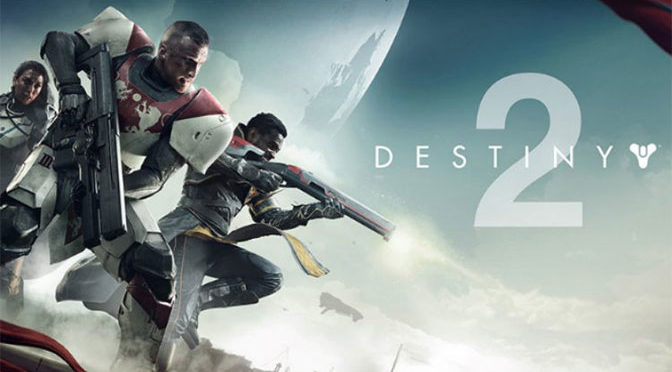 You all know about my constant on again, off again situation with the original Destiny. I played it on both Xbox One and PS4 via alternating seasons, with the former being used for season 1 and Rise of Iron while I did the Taken King season on the PlayStation 4. I even for a short time owned the limited edition Taken King white PS4. But after I sold that PS4 I ended up getting a copy of “The Collection” on Xbox One which featured all three seasons, which I played for a couple of hours, but afterwards it just took up space on my hard drive.

And now we have Destiny 2 coming out next week. I know a lot of people who are interested in playing it, especially those on PC as they never received the first game. But what about me, you ask. Am I going to pick up Destiny 2 at launch when it comes out?

Since its announcement there have been many factors that made me come to the decision of why I will not be picking up Destiny 2 when it launches, and may not even play it at all. I want to go over several reasons of why I will likely be spending my money elsewhere.

Todd may not be getting one, but you can still pick up one of the most anticipated games of the year, Destiny 2, from Amazon today!

Back in March, Activision and Bungie announced that players can transfer their characters over to the new game. Cool, right? However, that only applies to your class and the physical appearance of your character. It will not allow you to transfer any powers, equipment or silver. That means you’d have to start completely from scratch, and what about the items that were only available to PS4 owners that were promised to Xbox later on that never arrived? Well, we will get to that.

2. Xbox Owners Get Screwed Over Again

Once again, Sony’s marketing deals ruin the experience for everyone else. Keep in mind that they have not even received the timed exclusive content for The Taken King yet, despite the fact the deal was originally slated for just one year. (They eventually changed it to two years.) So, what does that mean? For those who want to move on to Destiny 2 on Xbox? They will never be able to play the extra content, yet they are still paying the same price as everyone else. Yes, Activation and Sony are gimping Xbox owners from the full experience yet again, and I really wish that situations like this would be looked at, as this is not only anti-consumer, but also means that Xbox owners are getting ripped off.

3. But…We Must Have Console Parity! (Now That It Helps Us)

Remember a few years ago when Xbox wanted to have console parity with the PlayStation 4 and the outcry that came from it? But now with the upgraded PS4 Pro and Xbox One X out, the shoe is on the other foot. What’s worse is that gamers, as well as developers and publishers are actually SUPPORTING IT. At E3 2017, Destiny 2 was announced to run at 30 frames per second on PS4 Pro and Xbox One X, despite the X’s power advantage, with the PS4 Pro version running at a dynamic 4K (as opposed to any chances of native 4K.) There was no mention of what the Xbox One X’s resolution. Naturally to hold one system back to benefit another would be equal to that of console parity, but Destiny 2’s project lead, Mark Noseworthy, said in a series of tweets.

“We would never hold back game performance on a platform to appease a partner. No partners asked us to either. We optimize for each platform’s tech to deliver the best social action game experience we can. Period. All consoles will run at 30fps to deliver D2’s AI counts, environment sizes, and # of players. They are all CPU-bound. We are currently evaluating 4K for Xbox One X. It launches after D2 and so we are focused on the launch consoles right now.”

Normally I would understand about the fact that the Xbox One X isn’t out yet, and launch games on a new system don’t truly show the potential of a console, but we have seen other developers, such as Slightly Mad Studios come out about the performance difference of Project Cars 2 between the X and Pro.

And I don’t recall Slightly Mad Studios or Bandai Namco having a marketing deal with Microsoft to intentionally hold back the Pro version. So, one has to wonder, is Mark Noseworthy speaking the truth? Or is Activision telling them to hold back the X version and making Bungie take the brunt of the criticism? The way I see it, both should be held accountable.

While consoles are stuck with 30 frames per second, the PC version has uncapped frame rates. In fact, if running on a top-of-the-line rig with a K class Core i7 processor and a GTX 1080, frame rates of 60 and above can be easily obtained. Yet again console owners are left behind at only 30. So that again brings up the question, if the PC version can be allowed to go 60 frames per second and above, why is the Xbox One X version stuck at 30? Could that dreaded console parity be coming back to bite them?

And let’s not forget that PC owners can also play with keyboard and mouse. While both consoles don’t support them yet, what if Microsoft allows mouse and keyboard support in their games, and Sony does not. Would parity come into play again?

Yeah, I know, I’m nitpicking here. And yes, I know that the PS4 version will be getting HDR on both the standard PS4 and PS4 Pro post launch, but again when asked about the Xbox versions, and yes, I’m including the current S model, they will not comment on whether or not those versions will support HDR. But when you think about this, wouldn’t this contradict what they said earlier about wanting console parity between both versions? If they want parity, wouldn’t that mean that these versions should get HDR support as well? Or once again, is Bungie holding back HDR on Xbox because of Activision’s deal with Sony?

While at it, HDR is also coming to the PC version.

It just seems that parity is ok, as long as it benefits Sony. And I can already see the comments coming in that I’m just an Xbox fanboy, but as I said earlier, if the shoe was on the other foot and it was hurting PS4 owners, would you be saying the same thing? Do I need to go back to the Tomb Raider death threats after it was announced as a timed Xbox exclusive? Or the Witcher 3 “Gwent Card” outcry? I agree that exclusives like this are bad on both sides, more so for those who might own a Nintendo Switch who end up with less than both combined. It’s something I wish would come to an end.

But in the end, I will be taking my money elsewhere. Destiny 2 will not see a dime from me, and it will take a lot to win me back over after three years of lies and deceit. I’ll be on XCOM 2: War of the Chosen for the time being, a game that already has a lot of good value as it was in its original state made even better.

One thought on “Decision Time for Destiny 2 Players”