As I write this, I am in the process of recovering from the 4th of July holiday. To me it was a chance to spend time with close friends. But also, it’s the time for me to think back about the first half of the year. I will admit I didn’t play as many games as I used to in previous years but I did come across a few titles that really did wow me, and yet there was also one game that infuriated me so badly that I had to give it a negative mention. So yes, it’s that time where I provide a short little take on the games that I considered to be the best of the first half of the year, and yes, that one title which might end up being on my worst of the year list. So without any further delay, here are my top three games. 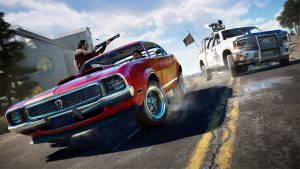 Now I will admit I felt the Far Cry series was getting long in the tooth lately. Far Cry 4 felt a bit too much like Far Cry 3 (even though hunting the rare honey badger resulted in a few good laughs,) and I couldn’t even complete Far Cry Primal as I found it just downright boring. But thankfully Far Cry 5 took the series to a whole new direction. Rather than being hunted on an island paradise or the Himalayas, this time we are sent to rural America to hunt down a doomsday cult and its maniacal family.

While the gunplay and missions seem like typical Far Cry fare, it is the environment and the spectacular acting by the cult’s leader, John Seed, that make the experience worthwhile, especially during the eulogies of his fallen siblings. The ending may have shocked a lot of people but when it all comes down to it, it more than made perfect sense to me. And more so, you can even get an ending just when you start the game by refusing to arrest John Seed. Still, it’s worth another go-around afterwards. 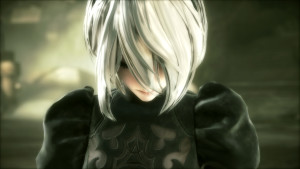 Yes, I know, this game was on PlayStation 4 and on PC last year, but as it was released on Xbox One X just recently, it is finally my chance to play it. As a huge Platinum fan I was looking forward to how the standard formula would work in an open world environment. Much to my surprise it fits perfectly. Be warned the first part of the game is very frustrating, as you will go for about 40 minutes without being able to save, and if you die, you end up with a “W” ending and need to start the game all over. But after that’s over, the game is worth the price of admission, more so on the Xbox One X as the Become As Gods Edition includes all the previously released DLC out of the box and is only $50. I see that the release has sold well on Xbox, and I hope this is a trend for more Japanese games coming to the platform.

[amazon text=Pick up the action packed world of NieR: Automata from Amazon today!&asin=B017S3OPZM] 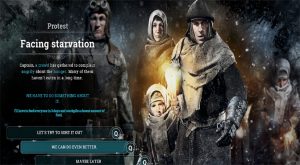 Who thought that one of the most frustrating doomsday prepping city building simulators would end up being the game I enjoyed the most in the first half of 2018? The game is difficult, odds are greatly against you, and there is always a fear of being exiled  from the city that you built. But still, no matter how much I want to hate the game, I just can’t. Far from it. I end up going back to it and trying to fix all of my mistakes and see if another course of action will make for a more hopeful society. Add in more scenarios that are unlocked as the game progresses, and I know I will be going back to FrostPunk for some time!

[amazon text=FrostPunk is both ice cold and red hot. Grab a copy today!&asin=B07BHS4CNQ]

But alas, not everything was good for me this half year. In fact, let me tell you the one game that might be a front runner to what might be the worst game of the year. 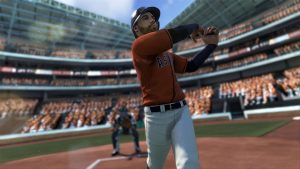 I don’t get it. How is MAJOR LEAGUE BASEBALL responsible for one of the worst baseball games ever made? Yes, the game does have all the teams and players, allows simulation of an actual MLB franchise mode, and plays like what could be a fun arcade baseball game, but when you can’t even get simple baseball fundamentals right, you know your game is a recipe for disaster. That’s not including the random glitches, graphic errors and unusual pacing that still has yet to be patched. And this is just the Xbox One X version! I heard that the Nintendo Switch version is supposed to be worse, but I have not had the chance to review the game yet on that platform and see for myself.

With that out of the way, I’m going to return to my new project, as I finally acquired both an NES and SNES Classic Edition and will be adding more games to them. It should last me long enough until the first big games of second half 2018 are released!