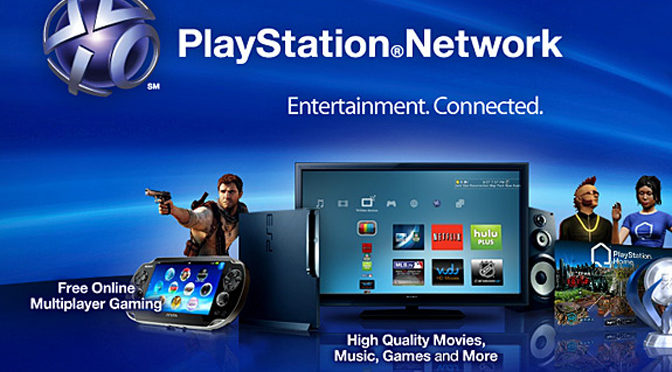 I figured this would be a chance for Sony to win me back over. My experience with PlayStation Vue has been somewhat positive, even though it’s now starting to get the same old “Loading, please wait…” errors on my Roku 1. Ironic, since now after my complaint Sling TV is working much better, though it still does not carry CSN. Several of my PS-loving friends appear to enjoy PlayStatoin VR, and now we have the launch of the PS4 Pro. I was curious to see how sales would turn out in response to the success of the Xbox One S.

And then, we have the PS4 Slim and its lack of a 4K UHD Blu-ray, an omission that even the PS4 Pro is curiously missing. Then again, could Sony be trying to push sales of their standalone 4K UHD Blu-ray players? Anything to weasel more money from us, I guess. But either way, it still doesn’t give the PS4 Slim an excuse to remove the optical audio port, but to be fair, even the Xbox 360 E removed it.

Again, I’m going off on a tangent. I need to stop doing that. But yeah, this was supposed to be a huge week for Sony, especially in the wake of the PS4 Pro. However, reports are starting to come in that the PS4 Pro is not worth an immediate purchase unless you own a 4K TV, and even with one, games are not capable of reaching 4K resolution at 60 frames per second, the Holy Grail that gamers all want to get. I do understand that these are the first generation of games that will be enhanced for PS4 Pro, and we will most likely not see the true potential until at least E3, and probably by then I’ll own one.

Earlier this week, the PlayStation Network was hacked…again. This time in the UK. Now I hear everyone out there saying how these hacks happen all the time. They also happen on Xbox Live and even on Steam, but those are not hacks, they are DDoS attacks. All that DDoS attacks do is overload the server so people who try to log in are unable to do so. What is happening with the PSN harkens back to 2011, as accounts are being compromised. And when accounts are compromised, credit card and PayPal data is exposed. Normally if my account is hacked and I find fraudulent charges, I would go back to my bank or PayPal and report it as a fraudulent charge, resulting in getting my money back. However, when doing that, Sony gets a chargeback, and when they do, the account that is compromised is eventually banned. Last year, the BBC exposed Sony over the hack.

You’d figure that Sony would learn from this mistake and beef up the security on PSN? Apparently not, especially with the UK hacks, and with doing some research over it, I came across this guy who even had chat logs with Sony stating that to unlock his account, HE had to pay Sony (via PSN cards) the amount that was stolen because of their lax security.

I never thought I’d ever hear a company extort their customers because of a hack. This is just insulting. No one should ever have to go through this, and it seriously tarnishes any chance I have of trusting Sony with my financial information. Since the 2011 hack, I swore I would never put a credit card on file on my PS3, PS Vita, and eventual PS4. Any online purchase I do, even if it’s to renew PlayStation Plus or to cover PlayStation Vue, I will go to the store and purchase PSN cards. I admit I’ve done the same thing with Xbox Live and Steam, because despite both those services not suffering the same level of security hacks, I still must be careful because you never know who is out there.

But on a lighter note, to finish my rant. At the start of writing this I admit I suffered a bad case of writer’s block and posted on my Facebook page about not knowing how I would start. One of the suggestions I got from a friend of mine was considered for a start, and considering he does play on PS4 it did amuse me. Usually I’d get the usual “we get it, you hate Sony” replies, but no. He recommended I start with this.

“At this point, I can no longer laugh at Sony fanboys. I can only look at them with extreme pity.”

It’s almost getting to that level. Let’s just hope they don’t have their credit card information exposed.

Waiting For: Dead Rising 4 (Xbox One)

4 thoughts on “Another Sony Setback”