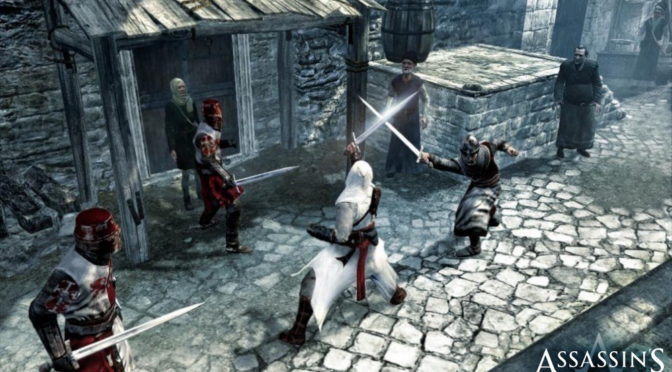 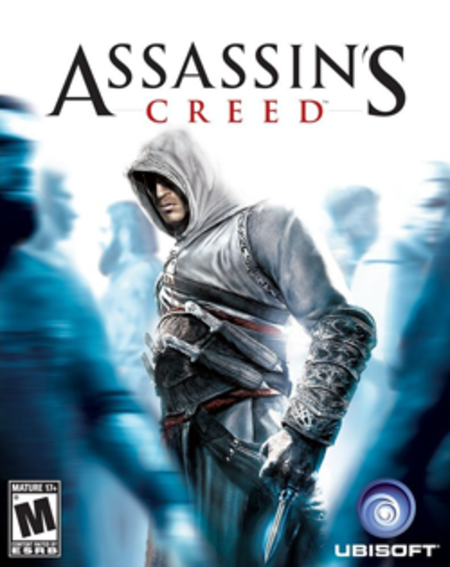 This week for Retro Game Friday I’m covering the first an a series I loved until the latest couple of entries! It’s Assassin’s Creed!

Plot Synopsis: In 2012, bartender Desmond Miles is kidnapped by agents of Abstergo Industries, the world’s largest pharmaceutical conglomerate. Under the guidance of Dr. Warren Vidic and his assistant Lucy Stillman, he is forced to participate in a series of trials revolving around the “Animus”, a machine capable of translating the genetic memories of his ancestors into a simulated reality. Vidic instructs him to relive the early years of Altaïr Ibn-La’Ahad, a senior member of the Assassin Brotherhood during the time of the Third Crusade. A flashback reveals that Altair, blinded by arrogance, botched an attempt by the Assassins to retrieve an artifact (the Ark of the Covenant) from the forces of Robert de Sablé, killing a fellow Assassin and leaving another severely wounded. Though Altair manages to partially redeem himself by fighting off a Crusader attack on the Assassin home base of Masyaf, his mentor and superior, Al Mualim, sentences him to assassinate nine individuals in order to regain his honor:

Plot: The plot is pretty decent, although Altair is less interesting than later protagonists in the series.

Gameplay: The gameplay was alright, but it was very unrefined something that Assassin’s Creed II would later fix. That being said it was pretty groundbreaking at the time as there hadn’t been an open-world stealth game that was quite as successful. That being said it quickly became repetitive, a pitfall most open-world games end up making.

Characters: Altair was probably my least favorite protagonist in series until Unity. That being said Desmond’s parts, while being ridiculously short were pretty interesting for him as a character. The rest of the cast was okay, but again they weren’t as good as later entry’s casts.

Art: It’s become a bit dated, but it’s not too bad by today’s standards.

Music: Good, not amazing mind, but it’s not terrible either.

Overall: If you really want to play this game you’re welcome to do so, but otherwise it’s a pretty skippable entry in the series.