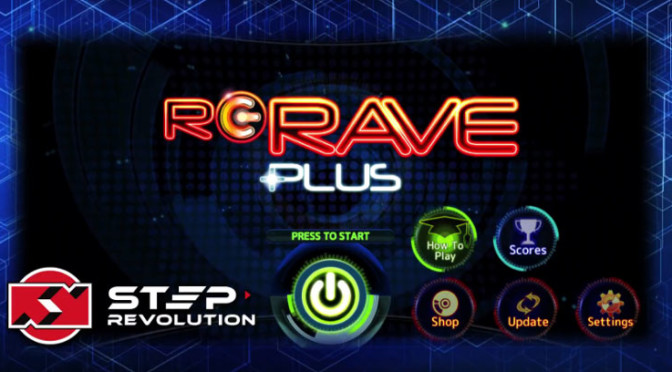 However, there was another title that has come out since Rock Band 3 that I wanted to play. Back in 2012 I came across a Youtube video from BMIGaming.com showing off a rhythm based game called ReRave. After watching the video and finding out who Step Revolution was, and how its creator, Kyle Ward, was involved with In the Groove, a DDR style game that was released on the PS2 and whose intellectual property was acquired by Konami. Nonetheless, I truly enjoyed ITG and was curious to see how ReRave played.

However, as the video shown was for an arcade version of ReRave, my hopes dwindled because with arcades on the decline, especially here in the DC area, I feared the only way I could play this was to go to either New Jersey or California, almost as if it was Beatmania IIDX all over again. Even events such as MAGFest, which featured Beatmania IIDX and several other music games, did not feature ReRave Arcade. However upon doing some research, I found an iOS version of the game was available, and since I owned a 4th Generation iPod touch at the time, I decided to give the game a try, and downloaded it to play while I was waiting in line for my registration pass at MAGFest 9.

Needless to say, despite the tiny screen of the iPod touch compared to the arcade version, I was hooked. Its simplistic touch based gameplay was very accessible, and the music selection felt to me like going back to the days of ITG.

But shortly after, my relationship with Apple products started to sour. The latest iOS update started to eat through my iPod’s battery, and it was about this time that I made the switch over to Android. In fact, right before that MAGFest I obtained my first Android phone: an Epic 4G (aka Sprint’s version of the original Galaxy S) and was hooked to the Android open source environment compared to the constraints of iOS. Android was my new mobile preference, and it went even further when the following year, I purchased my first Android tablet (an ASUS Transformer Prime TF201.)

But I’m moving away from the point here. A few months after playing ReRave on iOS, I read they were working on a version for Android. Needless to say I was excited about being able to play it on my preferred platform, and even better, playing it a larger tablet screen. The only question at the time was, how soon?

Sadly the how soon kept going on and on, and every time I checked the ReRave Facebook page, all I kept hearing about was all the work on the arcade machines, and all the releases that came out (which of course featured the typical locations of New Jersey and California.) And with all of these posts, I saw the same thing over and over again, what about the Android version?

Even I got involved on the “where is the Android version” bandwagon. I really wanted to play this game and I felt like those who were on the Android platform were being left out in the cold. I even went as far as making accusations that Step Revolution cared more about Apple and the arcade markets more than those who favored Android. The page got back to me a few months ago and swore to me that it was in the works and would be out soon. I still didn’t believe them.

Everything came to a head on the 25th when a post showing the Android release would be coming out “within six days.” I went off on the post and said “it’s already been three years since you announced it on Android, why not longer?” As well as “Money talks. I’m sure those bonuses from Apple work wonders.” I guess you can say I was at the level I was when I was angry at that Sega PR rep back at E3 2001, but just like with that, it was because I had such passion. I really wanted to play this game.

Imagine my shock when I woke up Wednesday, checked my Facebook status and there was announcement that ReRave Plus was finally out for Android. I didn’t believe it at first, and even thought I’d get that old announcement of “your device is incompatible for this app.” That wasn’t the case, as not only was the game out on Google Play, but it was compatible with my LG G3, so I downloaded it, played it, and was surprised to see how many songs were available to play right at launch.

It’s too soon for me to write a review of the game as I just started playing it (unless I count the iOS days) and I don’t want to take over Billy’s “Time Waster” spot, but I do want to say that Step Revolution’s hard work on ReRave Plus truly paid off. I know I doubted them a lot in the past, but that was my inner skeptic fearing the game would never come out, and for that, I want to tell Kyle Ward and the rest of the development team of Step Revolution that I deeply apologize about the persistence, and even the excessive nagging that I demonstrated in wanting ReRave Plus to come out. You guys kept your word, and I thank you for that. ReRave Plus is now the first thing you see on my Games folder on my G3’s home screen, and I know I’ll be playing it for a long time.

And you know, I might have to think about getting another gaming tablet to make the experience better…maybe a Galaxy Note Pro 12.2 might do the trick.

Waiting For: The Witcher 3 (Xbox One)

One thought on “An Open Apology to Step Revolution”