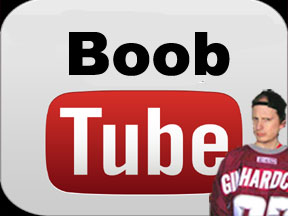 (DISCLAIMER: Though I am writing this column as a member of Game Industry News, I also write this as a YouTube member, and have uploaded several game reviews on YouTube on behalf of GiN. This is my take on the matter.)

Last month I started a new venture. Upon acquiring an AVerMedia Live Gamer Portable, I made my first two video reviews for GiN. In addition, I made the videos available for simulcast on Space Monkey Mafia Studios. In doing so, I thought I could make my videos more accessible to a growing audience and get my SMMS colleagues to join us here at GiN.

My challenge though came in the form of finding the right site to host my videos. While a lot of my fellow colleagues originally posted their videos on Blip, they were eventually removed from that site when Blip decided to get rid of many lower tier broadcasters. As a result, many of them moved over to various video providers, including Dailymotion, Springboard, and the most common, YouTube.

As for my videos, I decided to stick with YouTube, partly due to the fact I posted many videos on that site in years past. All of the Hardcore Bowls, as well as all of my MAGFest coverage was uploaded to YouTube, and with doing video reviews and my shows on SMMS, I decided to keep with YouTube.

Even further, over the past few years I was given the opportunity to become a content partner, and have my videos monetized. I will admit the thought did cross my mind, but in the end I decided against monetization.

Having a full time job, I came to the decision that I really did not need to have my videos monetized, also knowing it would take millions of views to get a decent profit was part of it. It wasn’t worth the effort. But I do know many people who make a living off of doing game reviews and Let’s Play videos and would hate to see them changed any way.

But now there are changes going on with YouTube’s copyright policy that is hurting many of those producers. Over the past few days many well known channels are having videos stamped with Matched Content IDs, or even having their entire videos pulled for copyright violations. Even reviews and commentaries of games, which are protected under the "fair use" clause are being affected, and a lot of these producers are steaming mad about it.

I admit, some of my videos have received Matched Content ID warnings, but they are still on the site; they just have ads running at the beginning, and I cannot make any money from them should I choose to monetize. And in one extreme matter, one of my videos is, believe it or not, banned in Germany due to copyright. But I didn’t let it get to me. Once YouTube decides to flag me and suspend my account for copyright violations, despite my videos being protected by "fair use," will I voice my opinion on the matter.

But still, many others are already taking a stand against YouTube. It’s a messy situation, that’s for sure. But thankfully there are publishers who are helping YouTubers appeal these flaggings. Capcom, Deep Silver, Ubisoft, and Blizzard are encouraging those who have been flagged to contest the claims and get them easily dismissed. I will give them tons of credit for helping out, and hopefully other publishers will join in, but yes, this is a very tough situation.

I’m not sure what most of the top level content providers on YouTube will do next. There are many out there who produce great shows with special effects, great costumes and good production values who also happen to review games. They get millions of views and should be able to make money off their work. It YouTube prevents that from happening, I don’t see how they can stick with it. That will be a bad thing for everyone involved, the viewers, the content creators, YouTube and ironically, the game publishers that this new system is supposed to be protecting – since they will no longer have such great free advertising about their products.

Waiting For: Xbox One