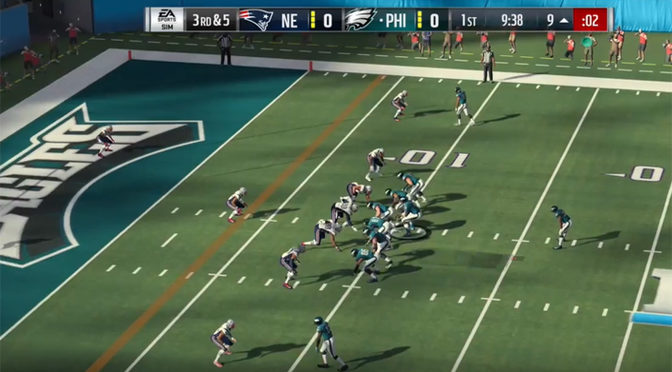 Well dear readers, it’s that time again. The Super Bowl is upon us. Millions of people will be gathering in front of their televisions by themselves or with a huge group ready to gorge on tons of food and soda or alcohol to either watch the big game, or at least see the commercials to see if they are up to the annual hype or not.

But we are here to talk about the game itself. Yes, Super Bowl LII will take place at US Bank Stadium in Minnesota. On one side we have the New England Patriots. Even with controversy falling upon them, such as Deflategate a few years ago, and this year with them getting away with some rather controversial referee calls in their favor (look up the catch rule they used against the Steelers for instance,) they once again make their way up to the big event.

And on the other side, we have the Philadelphia Eagles, a team that went from a 7-9 record in head coach Doug Peterson’s first year to a league best 13-3 this year. Even with losing their star quarterback, Carson Wentz to injury, his backup Nick Foles was able to lead his team to an NFC victory over the Minnesota Vikings, which also makes me wonder how the Super Bowl crowd will respond to his team, or the Patriots for that matter?

We’ll find out Sunday, but for now, it’s time for the prediction video. As always to prevent any disputes that may happen, I need to go over the following rules:

1. The game will be simulated using Madden NFL 18 on the Xbox One X.

2. Gameplay is set to Super Bowl mode rules, with 15-minute quarters. On live ball stops, the play clock will run down to 10 seconds before huddle breaks.

3. The game has been updated to the most recent rosters and commentary, and there is no personal involvement by myself or anyone else.

So, with those rules out of the way, I will keep this column short and sweet. Let’s get to the prediction!

Want to run your own Hardcore bowl? Pick up a copy of Madden NFL 18 from Amazon today!